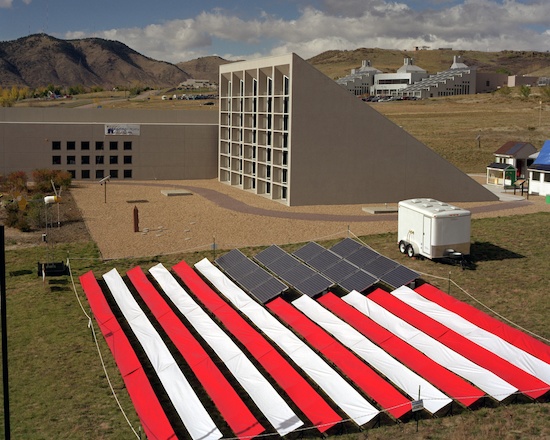 Gallup was confident in its results, too. “For results based on the total sample of national adults, one can say with 95 percent confidence that the maximum margin of sampling error is ±4 percentage points,” states the polling company’s Chief Economist Dennis Jacobe.

Previous polls from other organizations like the Solar Energy Industries Association (SEIA) have shown wide support for solar, too. In fact, leading up to last year’s presidential election, a poll by Hart research for the solar advocacy organization found that92 percent of American voters wanted more solar energy to be developed in the U.S. It also found that swing voters favored more solar by 93 percent.

The three biggest names in energy, oil, gas and coal, were far less popular among respondents.  As Jacobe says, “Far fewer want to emphasize the production of oil (46%) and the use of nuclear power (37%). Least favored is coal, with about one in three Americans wanting to prioritize its domestic production.”

While solar was the most popular choice among all regions of the U.S., it received the most support in the east (79 percent), followed by the west (78 percent), and the least in the south, which came in at 74 percent.

“Oil, nuclear, and coal are more popular with Republicans and in the south,” Jacobe writes. In fact, the only place in the U.S. where new domestic oil surpassed 50 percent was in the south, where it stumbled in at 53 percent approval. Coal and nuclear at most received 42 percent approval in any region.

Among Republicans, natural gas was the top choice, receiving support from 78 percent of those who identified themselves as Republicans. But their support for more emphasis on solar was also high—at 68 percent.

Jacobe concluded that this means, “The United States has a great opportunity to accelerate its economic growth over the next several years by emphasizing and fully using its enormous energy riches to produce domestic energy. But there has been no consensus among Americans about how to optimize domestic energy production while preserving the environment.”

“Americans overall and across political and socioeconomic groups generally are most likely to call for more emphasis on solar and wind power—but these potential future sources of energy have a long way to go in terms of technology and affordability before they can significantly affect overall U.S. domestic energy production,” Jacobe says.

On the other hand, he contends that U.S. citizens “are sharply divided politically over achieving greater domestic energy production using more traditional energy sources such as oil, coal, and nuclear power.” That leaves natural gas, which had at least 59 percent of support among Democrats, who supported it the least. Jacobe says its a likely energy strategy to pursue, but recurring questions over fracking safety may hinder its development, too.