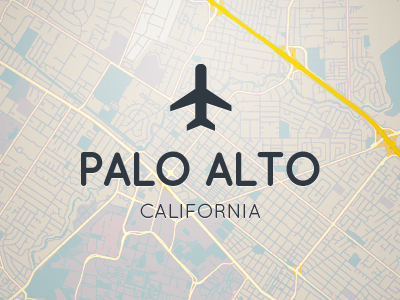 The City of Palo Alto has voted to use only carbon neutral sources of electricity from now on, effective immediately.

It can do that because the city owns the utility and recognizes environmental sustainability as a top priority.

“Palo Alto has been a leader in reducing its carbon emissions,” says Mayor Greg Scharff, “but when we realized we could achieve a carbon neutral electric supply right now, we were compelled to take action.  Climate change is one of the critical challenges of our generation and we hope our actions will inspire others to follow suit.”

The city will focus on energy efficiency and increasing the number of contracts for energy from solar, wind and landfill gas. About half of its electricity comes from hydro. If it’s necessary to fill in with a small amount of non-renewable energy, it will offset that by purchasing Renewable Energy Certificates that support local power producers.

The Carbon Neutral Plan is designed to be transparent, credible, sustainable, inspirational and repeatable by other communities. It’s expected to cost less than $3 a year on the average person’s electric bill.

“As a City, we’ve had cheaper, greener power for our citizens for decades, and being able to make this recent move to 100% carbon-free electricity is just another example of how owning our own utilities pays off,” says City Manager James Keene.

Palo Alto is able to make the decision to go carbon neutral because it owns the utility – a model other cities are seriously considering.

Rather than having to cajole or require utilities to buy greater amounts of renewable energy or invest in energy efficiency, which is contrary to utilities’ traditional business model, why not simply own the utility and take control over those decisions?

Having municipal utilities would be the fastest way to get off coal, still relied on by many utilities.

Minneapolis and Santa Fe are considering this and Massachusetts is trying to make it easier for towns and counties to make the break, reports the New York Times.

Boulder, Colorado is the farthest along, and is scheduled to vote on creating a municipal utility as soon as next month. Residents helped pay for a multiyear, multimillion-dollar study by raising their own taxes, because they were tired of waiting for the private utility to meet environmental goals.

Even though its utility has one of the best records for investing in renewable energy, a coal plant came online in 2010, precipitating the move toward independence. Boulder has a carbon tax since 2006.

Municipal utilities have many advantages. Since they are non-profits they don’t answer to shareholders and can use tax-exempt financing for projects. Because they don’t pay federal income tax and big executives salaries, they can supply electricity at lower rates, and they can invest profits in prevention and maintenance, resulting in fewer black-outs.

After Hurricane Irene in 2011, for example, municipal utilities in some of the hardest-hit areas of Massachusetts restored power in one or two days, while it took about a week for investor-owned companies, says the NY Times.

Take Winter Park, Florida, which took over the private utility in 2005. Costs rose at first as capital improvements were made, but now customers pay competitive rates and get more reliable service. The municipal utility makes $5 million in profit on $45 million in revenue, which it’s using to lay underground wires, city manager Randy Knight, told the NY Times.

“Having our, granted, smaller staff totally dedicated to our nine square miles has been so much better for us,” he says.

While big utilities say they are in a better position to respond to major storms like Irene and Sandy, the experience on the ground suggests otherwise. They haven’t been investing in infrastructure and because of their business model it’s not economic for them to maintain the full complement of crews and equipment they may need.

Right now, it’s not easy for cities to take over municipalities. The law is often in utilities’ favor and they naturally fight against the prospect. It’s also an expensive proposition coming to agreement on a buy-out package.

One way municipalities are approaching this is to encourage communities to aggregate energy purchases, such as in Massachusetts and Oak Park, Illinois.