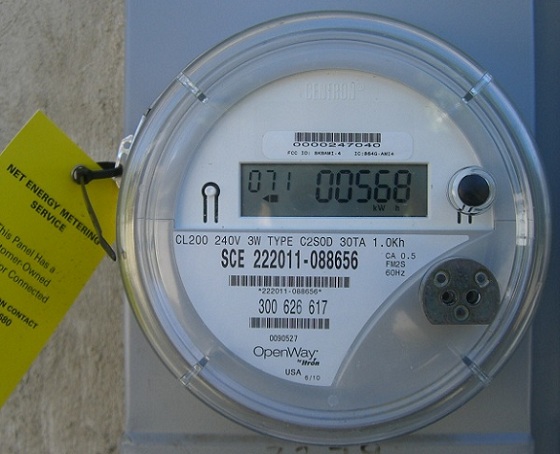 For so many Californians who have chosen to install a solar electric system, the phrase Net Metering is simply a way of describing the way power from roof-top solar panels will reduce their own electric consumption and spin the meter backwards.

But Net Metering also allows owners of solar systems to receive credit for clean power provided to the utility company when their own energy needs are being exceeded during the day. The result: electricity generated by your solar panels is purchased by the utility company at the same price that it is sold to the customer.

Most likely because they receive no profit in this transaction, the utility companies originally argued that another customer receives no economic benefit from their neighbor’s decision to go solar.

However, the California Public Utilities Commission (CPUC) believed otherwise. In 1996, it created the Net Energy regulation to permit 0.5% of the utility company’s demand to be generated by clean resources, and later increased it to 5%. The commissioners were convinced that the Distributed Generation (DG) produced by commercial and residential solar panels would offset the cost for new conventional power plants and transmission lines. It would also help to stabilize power supplies during peak summer demand when solar energy is at its maximum.

As the cap of 5% is drawing near, Californian utility companies (including PG&E, SCE and SDG&E) have made it very clear—paying customers full retail value for the clean energy that your solar panels generate is not an economic model that is sustainable for their shareholders.

Meaning, they do not want their customers in the business of generating power and are planning to do whatever they can to stop the advance of net metering at 5% of peak demand. If they aren’t able to stop net metering completely, they would like to require that energy be sold at a wholesale rate (rather than retail rate) at the very least.

Without net metering, the utility companies will pay only a fraction of the cost for electricity generated by photovoltaic solar panels, which would significantly reduce the economic viability of investing in solar power and directly threaten over 120,000 individual solar panel owners and an industry that now employs over 43,000 Californians.

Moreover, a recent study by former CPUC advisor, Tom Beach of Crossborder Energy, estimates that the financial benefits of solar energy are actually exceeding its costs by 92.2 million dollars a year. This study reveals that the utility companies are wrong, and that solar power actually benefits both the owner of the solar panels and their neighbors. These and other arguments will be made by clean energy advocates during the next year as the cap of 5% gets closer and closer.

Net Metering has been the backbone of California’s transition to a cleaner, solar-powered DG future. Unless battery technology that is clean, efficient, non-toxic and affordable is developed soon, Net Metering will disappear and solar panel owners (and rate-payers alike!) will suffer as conventional fossil fuel and nuclear plants are built to meet our future power requirements.

Here at AMECO we hope that clean energy advocates and the solar power industry can win the fight against the utility companies.