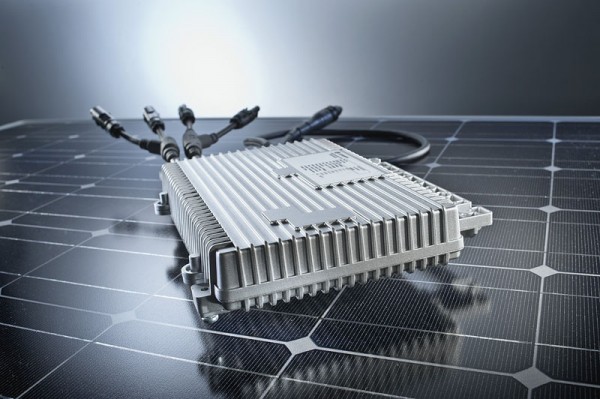 String (or central) inverters have been on the market all the way since the introduction of solar panels. An inverter is an absolutely necessary component of a solar PV-system. Without it, we have no way of converting direct current (DC) into alternating current (AC), which is the required type of electricity for the vast majority of electrical applications today.

In the beginning of the 90’s the first micro-inverters were developed. However, it’s not until the last few years the technology has started taking ground. New models are out, some of them claiming as much as 25% better efficiency rates than conventional string inverters. Is this claim actually in line with reality? Are micro-inverters really better than conventional string-inverters?

Efficiency is optimized on a panel-by-panel basis

Usually, one conventional string inverter is enough to cover all your solar panels. This is the cheapest way to go, but unfortunately it comes with several problems. The string inverter is in charge of the optimization for every panel that is connected, but optimizes for the weakest link. As much as half of the power output can be lost if only one of the solar panels is covered in shading or dirt.

Another major benefit with micro-inverters is the real-time reporting that both owners of the PV-system and installers can access to analyze and pinpoint any problems.

There is quite a lot of voltage drop in a conventional string inverter. The DC output from every panel is connected and converted into AC at one point. This also happens on a with micro-inverters, but since there are so many of them, voltage is much lower and risk of harmful electricity and fire hazard is reduced.

There’s no doubt that a solar system that have micro-inverters will be more expensive than one that uses just one string inverter. The question is how the financial situation looks in the long run.

One micro-inverter for every each panel

Enphase and Enecsys have started offering dual micro-inverters that still optimize power on a panel-by-panel basis, in other words have the functionality of single micro-inverters, but at lower costs.

It depends. String inverters can have an efficiency-rate of as high as 95%. This is under ideal conditions. Efficiency takes a significantly hit as soon as one of the solar panels starts underperforming – whether its from shading or technical issues.  If you suspect that a solar array for your house would have high chances of any kind of coverage, micro-inverters should be seriously considered. On the other hand, if coverage is not an issue, string inverters can be the cheaper way to go.

In addition to the advantages listed in this article, micro-inverters also come with the same as those a normal solar system would (see solar energy pros and cons).