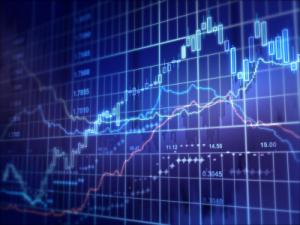 If you’ve been paying attention to the fiscal cliff negotiations, you’ve probably heard politicians remark that “everything is on the table” regarding spending cuts. Yet notably absent from these discussions are subsidies for big oil, even at a time when oil production is the most profitable industry in the world. The Federal Government supports the fossil fuel industry in several different ways, which not only increases spending but also gives fossil fuels preferential treatment over renewable resources.

A prime example is in the US tax code, where oil, natural gas, and coal infrastructure projects get preferential treatment through structure called a Master Limited Partnership (MLP). These special purpose investment vehicles are taxed like a partnership but traded like a stock, resulting in a lower effective tax rate for investors because the funds are not taxed at a corporate level. This preferential tax treatment is legal if the partnership is investing in fossil fuel extraction and transportation, but not if the energy source is renewable.

Because all earnings are distributed directly back to the partners, income is never taxed at the corporate level. Furthermore, the MLP is attractive because it is a liquid security: shares of the MLP (as a limited partner) can be bought and sold like a stock.  MLPs have been an important source of capital for the oil and gas industry for nearly 30 years, and currently have a sum market cap of around $350 billion.

This situation could change in the near future. In June of 2012, Christopher Coons (D-Delaware) introduced The Master Limited Partnerships Parity Act, which would tweak the tax code to expand the range of energy projects that receive the same preferential treatment. A wide range of clean energy technologies would qualify, including:
1.      Solar
2.      Wind
3.      Biomas
4.      Geothermal
5.      Municipal solid waste
6.      Hydropower
7.      Fuel cells
8.      Biofuels

Senator Coons writes:
“At a time when the United States needs to increase domestic energy production and leaders of both political parties say they support an “all of the above” energy strategy, Congress should level the playing field and give all sources of domestic energy — renewable and non-renewable alike — a fair shot at success in the marketplace.

The federal government should not be in the business of picking winners and losers in the energy market, but for nearly 30 years, that’s exactly what it has been doing with a provision in the tax code that authorizes the formation of master limited partnerships (MLPs).”

In September, the bill was referred to the House committee on Ways and Means, which will decide whether it should go to the floor for a vote by Congress.

Until then, investors in solar projects will have to choose between liquidity (investing in a C corporation that gets taxed at a corporate level) or tax efficiency (investing in an LLC that cannot be traded like a stock). That being said, with the presidential race having put a spotlight on oil and gas subsidies, the MLP Parity Act continues to gain support.