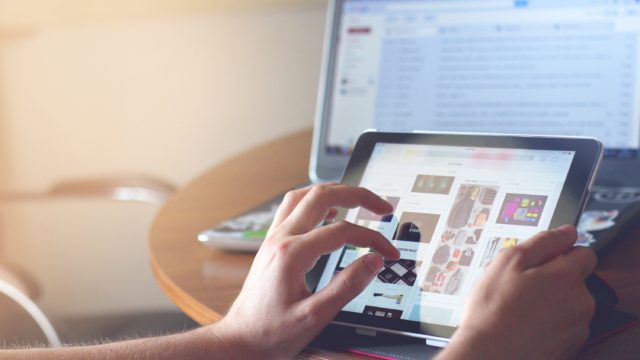 Like what was mentioned earlier, there are a ton of movers and shakers in the marketing field, but sadly, I can’t include everyone. It’s not just because it’s literally impossible to include everyone in just one blog post, but it’s also the fact that I don’t know all of them personally. So, in other words, this list I’ve curated is more or less personal because most marketing influencers listed here had a profound impact early on in my career. Even until now, they still do, which is why I still follow them on social media and watch their videos or listen to their podcasts or read their articles. And since they’ve helped me so much, I decided that it’s time for me to give back by promoting them relentlessly.

Most commonly known as “Solar Fred”, Tor Valenza has been fascinated with the concept of turning sunlight into free electricity since he was a teenager. He then made plans to become a solar engineer but when he started taking calculus, chemistry, and physics, he realized that the world would be a better place without him becoming a solar engineer.

Nonetheless, he worked as a successful writer and marketer in other fields for years, and eventually, he put all his skills and his passion to good use by founding UnThink Solar, a strategic communications firm dedicated to helping solar companies reach solar customers through innovative messaging, branding, and social media communications. He also believes in the value that content marketing can bring to the solar industry. Since its founding, Solar Fred has become a leading solar marketing and advocacy voice.

Aside from UnThink Solar, he also writes for the Renewable Energy Wold blog and hosts solar Tweetups at SPI and Intersolar.

All of Neil Patel’s achievements in the marketing industry can be traced back to his teenage years. When he was 16, he created his first website, and in an attempt to make it more successful, he paid a few marketing firms to help him out. Sadly, they didn’t help him at all even though he gave them a lot of money. So, left with no choice at all, Neil Patel learned all about marketing and eventually got really good at it.

Rand Fishkin used to attend the University of Washington, but in 2000, he dropped out of college to work at his mother’s small business marketing firm as a web designer. In 2004, he co-founded the SEO software company, Moz, which, over the next decade, became the most popular community and content resource for search marketers. He served as the CEO for Moz until he left it in 2018 to found another software and data company, SparkToro. This time, the main priority of SparkToro is to help people understand how and where to reach their target audiences.

In addition to the companies he’s started, Rand Fishkin also wrote a book called Lost and Founder: A Painfully Honest Field Guide to the Startup World which was published in 2018. He’s also a frequent keynote speaker on marketing and entrepreneurship topics all over the world.

Dubbed as an “SEO genius” by Entrepreneur.com and a “brilliant entrepreneur” by Inc Magazine, Brian Dean started out with five failed online businesses. His luck changed when he finally struck gold with a site in the personal finance space back in 2012, and soon after, he created Backlinko so that he could teach the lessons he learned along the way.

Since he launched Backlinko, Brian Dean eventually rose to prominence in the marketing world after he published insanely practical strategies that marketers can use to grow their online business. One of his most commonly known marketing strategies is the Skyscraper Technique, which is a method that aims to drive traffic by researching already well-received pieces of content, producing an original content with a twist that is not done by others yet, and then reaching out to those site owners who have already linked out to similar content.

As of right now, his site Backlinko is now one of the most popular marketing blogs that you can find online.

Eric Siu initially went through five jobs in just one year when he just finished college. This is because he believed in chasing opportunities instead of jobs. He might have continued to chase other opportunities if it weren’t for SEO. When he was eventually introduced to SEO, Eric Siu found a new passion and career. As a result, he relentlessly studied SEO until all his hard work eventually landed him the role of VP at TreeHouse where he grew the team and monthly revenue by 98% without the help of anyone else.

Eventually, after that, Eric Siu founded the full-service digital marketing agency known as Single Grain which focuses on driving scalable and predictable revenue growth using Facebook advertising, Google AdWords, YouTube advertising, SEO, video production, and content marketing. He is also the CEO of this agency, and throughout the years, Single Grain has worked with companies like Amazon, Uber, and Nordstrom.

Marcus Sheridan is the founder and president of The Sales Lion, a sales, marketing, and personal development blog that he started back in 2009. Before he merged The Sales Lion with IMPACT, he grew its brand to be the same with Inbound and Content Marketing Excellence. It is now one of the most successful digital sales and marketing agencies in the United States.

Aside from his website, he also authored the bestselling book They Ask, You Answer, which was published in January 2017 and became an instant hit for its easy-to-apply teachings. Marcus Sheridan is also a highly well-known and sought-after international keynote speaker who is known for his ability to excite, engage, and motivate audiences.

For his contributions, he’s been recognized by numerous industry publications, particularly the New York Times which dubbed him as a “web marketing guru.”

Gary Vaynerchuk started out as a wine critic when he joined his family’s retail wine business at the age of 14. Then, in the late 1990s, when the Internet was introduced, he used it as an opportunity to transition the liquor store, which he renamed from Shopper’s Discount Liquors to Wine Library, into one of the first wine e-commerce platforms which caused the family business to grow from $3 million in sales to $60 million by 2003.

Discovering his talent in online marketing, Gary Vaynerchuk then stepped away from the wine business to build alongside his brother, AY Vaynerchuk, the digital advertising company known as VaynerMedia. This company provides social media and strategy services to Fortune 500 companies like General Electric, Anheuser-Busch, Mondelez, and PepsiCo.

Aside from VaynerMedia, he is also a well-known public speaker and a 5-time New York Times bestselling author.

Joe Pulizzi began using the term “content marketing” way back in 2001, before it becoming the fastest-growing internet marketing industry. And in 2011, he put to good use his skills in content marketing by founding multiple startups, the most prominent being the Content Marketing Institute (CMI). CMI is the leading global content marketing education and training organization, and it aims to teach enterprise brands how to attract and retain customers through compelling and multichannel storytelling. This company has been recognized as the fastest growing business media company by Inc. Magazine in 2014 and 2015.

In addition to CMI, Joe is also a well-known public speaker and a five-time author, writing books like Killing Marketing, Content Inc., and Epic Content Marketing, which Fortune Magazine named as a “must-read business book.” He is also the winner of the 2014 John Caldwell Lifetime Achievement Award from the Content Council.

Well, I wrote this article and you didn’t expect me to include Willie Jiang? OK, to be fair, I’m not an influencer yet, but I’m determined to provide as much value as I can. While solar professionals are fighting the climate change battle in the frontline, we want to help them. I’m combing my profession to my passion: Solar industry + Content marketing.

I believe that content marketing makes the world a better place. It can also help fight misinformation and misconception of clear energy. What I can teach solar professional are the cores of content marketing: what content format, what topics, what platforms.

And since there are thousands — if not, millions — of marketing influencers out there, it’s difficult to narrow down the list to the great ones. This list aims to provide you with a starting ground, a list of suggestions of who to follow based on their credentials and experiences.