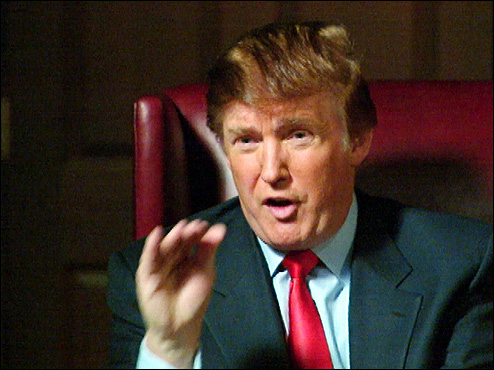 I just signed an online petition to Macy’s CEO Terry Lundgren, suggesting that he reconsider his company’s relationship with Donald Trump, arguably the single most repulsive person on the planet.  The reasoning is below, for anyone who may be interested.

Macy’s has a special deal with Donald Trump. They invest in developing Trump’s brand and sell his clothing line and fragrance at their locations. To this end, they have had major events at Macy’s Herald Square location and they often feature and promote Trump in advertisements designed to celebrate the magic of Macy’s.

Recently, Macy’s CEO Terry Lundgren sent Donald Trump a letter touting how excited Macy’s was to be working with Trump and promising to expand Trump’s brand even further than it already is.

But, why is Macy’s celebrating Trump?

– Long engaged in sexist behavior. Trump has a long record of personally attacking women he disagrees by calling them “unattractive,” ugly, fat or by doing things like the time he sent one target a personal note telling her that she has the “face of a dog.” Not even his own daughter is immune to Trump’s sexism. While referring to his daughter, Trump observed: “She does have a very nice figure…if [she] weren’t my daughter, perhaps I’d be dating her.”

– Hypocritically complains about jobs being shipped overseas to China, despite the fact that his own brand of ties sold at Macy’s are made in China.

– Trump repeatedly uses his platform to deny the reality of climate change. And, following Hurricane Sandy, Trump publicly declared: “The concept of global warming was created by and for the Chinese in order to make U.S. manufacturing non-competitive.”

– For well over a year, Trump perpetuated the racially charged birther conspiracy, repeatedly arguing that President Obama has been lying and was not born in the United States.

The list goes on. But the point remains, Macy’s should dump Trump.

Macy’s boasts about its social responsibility policy, which reads: “There is no shortage of talk about the obligation of public companies to be socially responsible to the people and communities where they do business. At Macy’s, Inc., we hold those same beliefs – along with a belief that actions speak louder than words when it comes to helping tackle some of the toughest problems facing us today.”

That’s why I signed a petition to Terry J. Lundgren, Chairman of the Board, CEO and President at Macy’s Inc., which says:

“Macy’s: Donald Trump does not reflect the “magic of Macy’s.” We urge you to sever ties with him. Macy’s says it has a strong obligation to be “socially responsible” and that “actions speak louder than words.” Indeed. It’s time to act.”