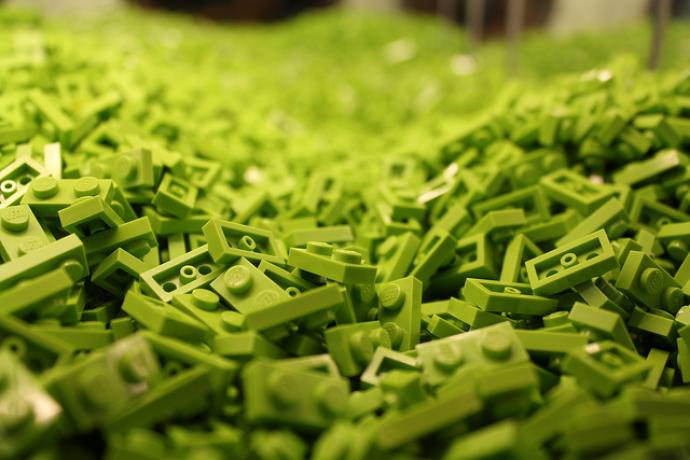 LEGO Group has taken a giant step towards meeting its renewable energy goals after parent company KIRKBI A/S said it will invest in an offshore development.

The Denmark-based investment firm, which owns 75% of LEGO, will join fellow Danish companies DONG Energy and the Oticon Foundation as an owner of a 77 turbine offshore wind power development off the coast of Germany. KIRKBI’s $534 million investment is the largest of its kind made by a Danish company for renewable energy.

The 277 MW Borkum Riffgrund 1 wind farm is expected to come online in 2015 and when it does LEGO will meet its target to source 100% of its energy needs from renewable energy. LEGO claims the wind installation will provide it with more energy than its operations require, at least until 2020.

“This massive investment in wind energy is not a one‑off event – it is an integral part of our overall ambition of making a positive impact on the world. We’re on a journey, a never‑ending journey – but the investment in renewable energy is a huge step in the right direction,” says LEGO CEO Jørgen Vig Knudstorp.

He continued, “The agreement will strengthen our position as a market leader in the construction and operation of offshore wind farms and shows that our partnership model also works in the German market.”