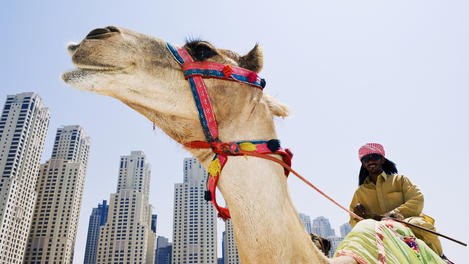 Apricum: Saudi Arabia has just revealed its ambitious solar plan, foreseeing 41 GW of installed capacity in 2032. With this plan, is the Kingdom jumping to the top of solar markets in MENA?

ESIA: This is a huge initiative. It catapults Saudi Arabia into the pole position in terms of attracting investments in the solar sector. Everyone knew that the potential was there. Now Saudi Arabia has come out and communicated exactly how it will give life to that potential. The country’s solar industry is poised to become several times larger than all the other MENA solar markets put together. Essentially, all roads lead to Riyadh.

Apricum: Besides Saudi Arabia, Dubai has recently come up with a remarkable solar plan of 1 GW installed capacity and has already kicked-off an initial project of 10 MW. Is Dubai becoming an ever bigger solar market than neighbor Abu Dhabi, which has so far spearheaded solar development in the UAE through Masdar?

ESIA: Dubai managed to get its timing spot on – once again. It unveiled its solar program at a time when the global solar market was suffering from a supply glut and prices were at an all-time low. This will allow Dubai to attract a lot of investor interest, thus minimizing the subsidy it will have to pay to offset the difference between solar power and conventional cost of electricity. Dubai is also more motivated than Abu Dhabi to push ahead with its solar agenda given that it currently imports 99% of its fuel. Abu Dhabi, on the other hand, is energy self-sufficient. But building a local solar market is not a sprint, it’s a marathon. And I’m confident both will continue to lay the foundation for a healthy solar sector.

Apricum: Local content has become a key element of policy design in emerging solar markets. Will we hence see significant new manufacturing capacity being installed across the GCC countries in coming years?

ESIA: For manufacturing to take root in this region there needs to be sufficient business to justify the large capital investments. In Saudi, this will not be a problem. The challenge is to come up with the right product to manufacture. There will be a strong pipeline of commercial opportunities for the companies who are able to provide bankable quality, competitive pricing, and local manufacturing. In the other markets, such as the UAE, this is going to be more difficult because the domestic market will be considerably smaller.

Apricum: Several of ESIA’s members are foreign companies that are also active in other emerging solar markets, such as India or South Africa. Comparing the GCC to those markets, what is key to success in the solar markets at the Gulf?

ESIA: The key to success in the Middle East is long-term relationships. If you’re a German or American solar company looking to win projects in this region by showing up just when a tender is announced, then you will be disappointed. The best strategy is to start early and build the relationships and local partnerships that will plant the seeds for future success. And ESIA is a perfect partner for that. As the region’s leading solar association, we serve as the eyes and ears of international solar companies interested in learning more about this region.

Apricum: Let’s assume we meet again in five years to take a look back at the developments in the GCC solar markets – what will have been achieved by then?

ESIA: In five years, the Middle East will have become an established regional market, much like Europe in 2010. There will be opportunities both in long-term solar power purchase agreements as well as near-term EPC contracts. This will be fueled by the region’s growing appetite for energy coupled by its depleting reserves of hydrocarbon fuels. Thanks to its vast abundance of solar energy, it’s only a question of time before the region awakes and starts to flex its muscles.