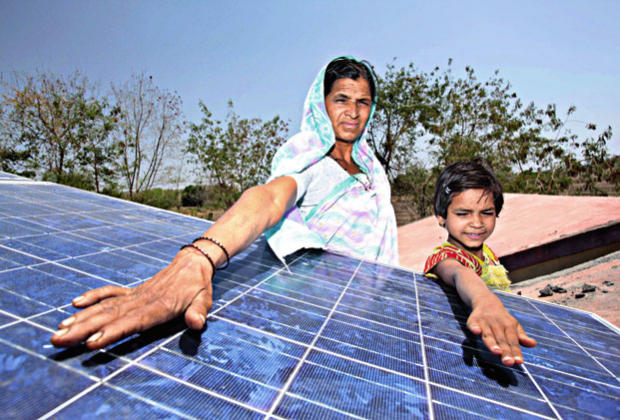 India’s solar industry is about to get a huge boost.

According to a report in the Hindu Business Line, the southern Indian state of Karnataka has ten companies planning on constructing solar projects over the next six months as part of the local government’s Karnataka Solar Mission.

Eight of the companies will set up PV projects at 60 MW while the other two plan on constructing solar thermal projects of 10 MW each. 22 companies vied for the ten spots.

According to N.S. Prasanna Kumar, the managing director of Karnataka Renewable Energy Development Ltd (KREDL), the bulk of these projects will be located in the northern part of the state. In addition, KREDL will aid in giving out the government land on leases to companies that don’t own their own land.

The projects have been allocated under a “reverse bidding” process. What that entails is projects are given to bidders who have “quoted the steepest discounts to the tariff fixed by KREDL.” Two of the winning PV companies, Helena Power Private Ltd and Jindal Aluminum Ltd offered the highest discounts.

The ultimate goal of the Karnataka Solar Mission is to have over 350 MW of installed solar projects by 2016.

Another 80 Megawatts of Solar for India originally appeared in Green Chip Stocks. Green Chip Review is a free 2x-per-week newsletter, is the first advisory to focus exclusively on investments in alternative and renewable energies.