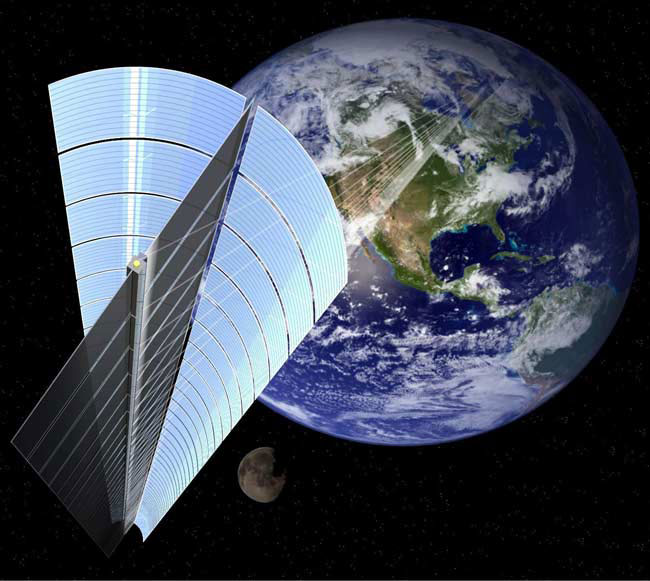 Two recent deals seem to signal that space solar power is closer to becoming a reality than previously imagined. Space.com reports that Pacific Gas & Electric has entered into an agreement with Solaren Corporation for the latter to supply space-based solar power to the former.by 2016. Meanwhile the Japan Aerospace Exploration Agency (JAXA) has joined efforts with several companies to design a solar space station for a 2030s launch.

Solar has chosen the microwave beaming method for its exploration of space solar power. This method sees the space power station converting the electricity generated by solar power into radio frequency (RF) waves. These are then beamed down to a receiver on Earth which should be several miles wide.

Another transmission option are solid-state lasers, which are less expensive. However, they are more likely to be affected by atmospheric interference and weather.

What do you think? Is space solar power a promising and realistic method of solar power production?