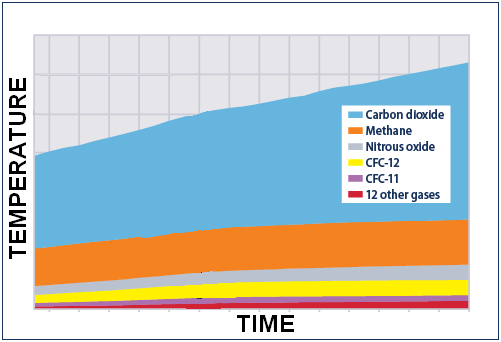 The World Meteorological Organization released a report which indicates that carbon dioxide is accountable for 85% of radiative forcing. While current CO2 levels are unprecedented, methane has also reached the highest levels ever recorded.

Between 1990 and 2011 there was a 30 percent increase in radiative forcing. It is no coincidence that the amount of greenhouse gases (GHGs) in the atmosphere has also reached a new record high in 2011

While atmospheric CO2 is currently more than 391 parts per million, levels of methane, known to be one of the worst GHGs, has reached 1,813 parts per billion. This new record is more than double (2.5x) pre-industrial levels.