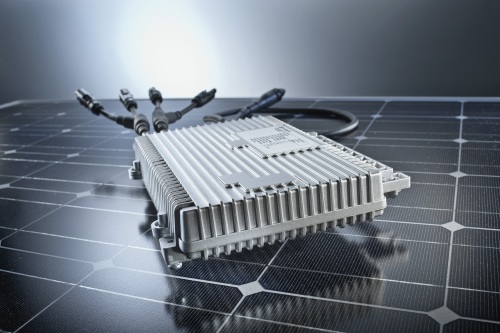 What factors do you consider when you’re comparing quotes to install a system? Probably a number of things- electricity savings, system size, total cost, to name a few. But what about inverters? Or more specifically, micro inverters? Truth is, some of the most significant technological innovations in residential solar have been in the field of micro inverters and corresponding online monitoring.

Let’s back up for a second. Whether an installer is pitching you a solar lease or a self-purchased system, information about your system’s expected performance over it’s life is crucial. If you lease your system, you’ll want dependable figures on your electricity generation and the money you’ll keep in your pocket because of it. If you purchase your system outright, you probably are making a projection not only on electricity savings, but on SREC earnings as well. Information about system production is crucial in the latter case, too, because you earn SRECs based on how much electricity you generate. Real-time information is paramount for the residential solar adopter.

Which brings us back to micro inverters. An inverter is the device that converts direct current into usable alternating current for you, the homeowner and electricity consumer. String inverters (in a series, for the physics wonks out there) were seen as an improvement in lieu of one big central inverter. While string inverters increased visibility into the productivity of panels, an array was still only as efficient as the lowest-producing panel. Think of it as a cross-country team that can only run as fast as its slowest runner. But the advent of online monitoring systems that track production on the web has driven demand for parallel micro inverters, which convert the production of each individual panel from direct current to alternating current. Dysfunctional panels don’t drag down the productivity of the others, and online monitoring can quickly identify the weak link.

Two companies in particular are leading the way in this technology. Enphase and eIQ Energy both have developed parallel micro inverters complemented by sophisticated online monitoring systems. Homeowners with PV on their roofs can identify the productivity of each individual panel from their iPad or smart phone, allowing them to make more precise calculations on expected electricity production and savings. Shading, dirt, leaves, partial cloud cover and sometimes just run-of-the-mill wear and tear can vary for each panel in an array. These two companies offer a product that provides unprecedented real-time information and visibility into your PV array’s performance.

So what can you do with this information as you’re reviewing quotes for a PV system on your roof? Keep in mind that most installers – whether they are small independent companies, larger firms contracted with leasing companies, or the leasing company itself – have to procure all the parts of a system when making the pitch to you. Oftentimes, installers partner with one manufacturer for each part, including inverters, if they think those inverters offer a superior value to the buyer or leasee. Even though micro inverters add costs to the system as opposed to one central inverter, the benefits far outweigh the added expense. Check with your local installers to see what kind of inverters are included in the quotes. And remember, knowledge is power!