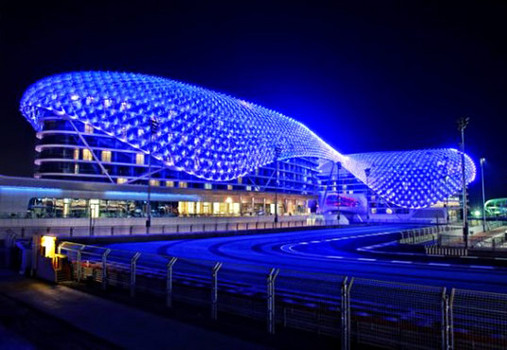 More and more countries, including the US, are phasing out the sale of incandescent bulbs, which offers an increasing market opportunity for energy-efficient LED lighting. President Barack Obama actively supports LED lighting and his Recovery Act legislation included hundreds of millions to support this industry. Clean energy technology such as solar, wind and electric cars, coupled with increased energy-efficiency are the two-prong approach being executed globally to reduce carbon emissions, which are being increasingly linked to global warming and the influx of weather disasters such Hurricane Sandy, which recently wreaked havoc in the US.

LED manufacturers globally are moving towards the use of gallium nitride on silicon substrate-based production for a wide range of energy-efficient general lighting and electronics backlighting in the next couple years. Silicon-based LED products are expected to be cheaper than competitive, higher-performance alternatives utilizing higher-cost sapphire and silicon carbide (SiC) substrates to help enable wide-scale adoption of solid-state lighting.

According to LED equipment-maker, Veeco, the cost of silicon substrates is about 10 percent the cost of commonly-used sapphire substrates; however, the substrate is not the largest cost issue acting as an impediment to mainstream LED adoption but the packaging that constitutes nearly 50 percent of materials costs. Nonetheless, LED manufacturers using silicon would be able to utilize depreciated IC microchip fabrication lines and equipment sitting idle on the secondary market, thereby reducing capital expenditures. This already happened to some degree in the retrofit of former IC fabs to run silicon-based solar cell processes, but it turned out to be a less lucrative transition than originally thought, as the solar manufacturing industry suffered a major downturn in recent years.

It is believed across the LED industry, although not confirmed, that the world’s leading microelectronics foundry based in Taiwan, TSMC, has begun mass production of gallium nitride (GaN) epitaxial LED layers on silicon substrates. However, Taiwanese-based chipmakers across the board are well behind leading firms in R&D for LED chips using silicon substrates. One of this country’s chipmakers, Epistar, believes the technology will mature dramatically in the next years and that the lower brightness of LEDs on silicon will eventually be comparable to ones built on sapphire.

In general, most LED manufacturers usually purchase wafers and then deposit critical LED layers in-house, although an increasing trend is occurring where materials companies are offering GaN layers on silicon (Si). Soitec, Azzurro Semiconductors (announced this week), Translucent and US-based Kyma Technologies, which originated out of North Carolina State University in Raleigh, are several of the leading companies offering these GaN-on-Si templates for LED manufacturers.

However, nearly 95 percent of commercial blue and white LEDs are still grown on sapphire, around 5 percent made on SiC, and less than 0.1 percent deposited on silicon wafers. Thus, silicon still has a steep hill to climb in order to get serious traction in the market.

A future follow-up article will be published soon in this column concerning more of the technical challenges and recent developments related to this topic.

For more info: In order to anonymously receive FREE email alerts on future green technology and business articles, please subscribe on my homepage and/or follow me on Twitter.