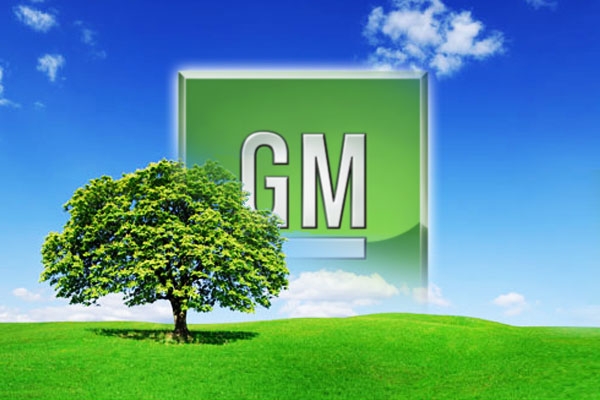 The old General Motors (GM) died three years ago but like a phoenix from the ashes it has been reborn. GM declared bankruptcy in 2009 but in 2011 the company once again laid claim to being the world’s largest automaker. GM said that it sold 9.025 million vehicles in 2011 putting it ahead of Volkswagen which had sales of 8.015 million in 2011.

GM was the victim of its poor strategic decisions, not the least of which was its failure to engage sustainability. As Paul Ingrassia describe it in the Wall Street Journal, GM made “decades of dumb decisions.”

In the past environmentalists have quite rightly criticized GM for producing gas-guzzling behemoths like the Hummer. GM also filed a lawsuit against California’s regulation of carbon dioxide as a pollutant. The company has also been a longstanding opponent of government-mandated fuel-efficiency regulations. Perhaps most seriously, GM is alleged to have “killed” the electric car.

The new GM has gotten rid of much of the old and introduced revolutionary new products. The company succeeded in selling its Hummer brand and it launched new vehicles like the award winning Chevy Volt. Although it has encountered some problems and is not selling as well as some had hoped, the Volt is an industry leading extended range electric vehicle.

A book by sustainability guru Joel Makower chronicled GM’s conversation with the environmental community. It revealed that GM was beginning to respond to sustainability issues even before its demise. In late 2006, GM leaders briefed a group of environmentalists about the Volt, even before it unveiled the car to the press. Although it ended up being “too little too late,” GM reached out to the major environmental groups to describe its vision and plans, field questions, and listen to concerns. According to Makower, who was involved in these talks, Big Auto and Big Green began to come together “as colleagues with shared goals.”

However, slowly GM was moving in the right direction prior to filing for bankruptcy. For example in 2008, the company made a commitment to ensure that half of its manufacturing plants were landfill-free. But these efforts were inadequate and GM was forced to file for bankruptcy.

In 2009 when GM filed its bankruptcy petition, Beth Lowery sent an email to her network of environmental leaders and other stakeholders, offering an optimistic perspective of what the filing meant for the car company’s future:

“The New GM will focus on reinventing not just ourselves, but transportation systems around the world. An essential starting point is vehicle electrification…we will continue to work with partners to develop the infrastructure necessary to support advanced technologies.”

Makower added, “skeptics may deride the taxpayer-funded New GM as “Government Motors,” I still have high hopes that in the coming years, it actually could stand for Greener Mobility.”

It turnes out that Lowery and Makeower were both right. The new GM is doing much more than just manufacturing a range of greener vehicles. In addition to 12 vehicles that get a minimum of 30 miles per gallon, GM is aggressively pursuing a number of sustainability initiatives. Between the years 2005 and 2010, GM reduced it energy use by more than 30 percent and its carbon dioxide emissions were reduced by 30 percent.

GM is also greening its facilities. The company now uses 30 megawatts of solar energy in seven facilities and plans to double that amount by 2015. GM also uses energy efficient lighting and HVAC systems. One of its facilities in Lansing, Michigan has even received LEED Gold Certification. Half of all global manufacturing facilities are just about waste free.

GM reuses and recycles more of its manufacturing waste than any other automaker. GM preserves natural resources as well as enhance the natural habitats that surround all facilities. The company has more certifications from the Wildlife Habitat Council than any other manufacturer from North America and 15 different habitat programs going on around the world.

A total of 30 GM Plants have met the United States Environmental Protection Agency’s Energy Star Challenge for Industry. These facilities were able to avoid the production of more than 775,000 metric tons of carbon dioxide passes and saved over $50 million in energy costs.
GM also partnered with the US Department of Energy to create the EcoCAR Challenge competition which challenges 16 different universities in North America and asks them to find a way to reduce the overall environmental impact of vehicles.

GM is also home to the the biggest rooftop solar panel array in the world. The roof of GM car factory in Zaragoza, Spain is made up of 85,000 lightweight panels that cover approximately two million square feet. The company plans to install solar panels at an additional 11 plants throughout the European Continent.

Other sustainability efforts include:

GM is also striking up new partnerships and collaborations that serve its sustainability agenda. These efforts include:

The Obama Administration deserves credit for having the foresight to see the advantages of investing $82 billion in the auto industry bailout. It has been a long and difficult fall from grace, but GM is now reaping the benefits of sustainability.