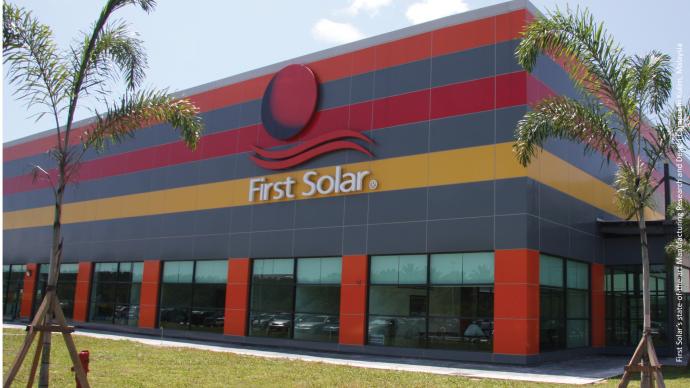 First Solar (FSLR) share prices dropped as the company announced an 8,500,000-share offering of its common stock. The offering could net more than $400 million for the solar panel manufacturer and EPC at its current $4.1 billion market cap and stock price.

“First Solar intends to use the net proceeds from the offering for general corporate purposes, which may include acquisitions of under-development photovoltaic solar power system projects, investments in photovoltaic solar power system projects that will be jointly developed with strategic partners and capital expenditures or strategic investments to develop certain business units and expand in new geographies,” said the release.

Share prices tend to drop in secondary offerings, as investors don’t like their currency diluted. But First Solar shares have been on a strong run lately — so this is an ideal time for the thin film solar manufacturer and EPC to cash in. Some analysts have suggested that making the offering at this time signals the stock as overvalued.

In any case, First Solar, unlike its many loss-y, debt-ridden solar brethren, now has a positive operating margin, along with $1 billion in cash.

In April, First Solar provided the market with some decent surprises, including another efficiency record, an acquisition, and a strong 2013 guidance. The firm remains committed to R&D across its product offering. The firm has potential bookings availability of 5.5 gigawatts (DC) under varying stages of development, 700 megawatts of which are classified as late- and medium-stage.

The question remains as to whether First Solar will play it safe and keep the money in the bank — or whether the company will continue to assert its cost leadership and scale with acquisition of technology and project pipeline.

Full-year 2013 guidance was maintained at First Solar’s last analyst briefing. The firm came in with a revenue guidance of $3.8 billion to $4.0 billion on shipments between 1.6 gigawatts and 1.8 gigawatts. Gross margins are expected to be between 20 percent and 22 percent.