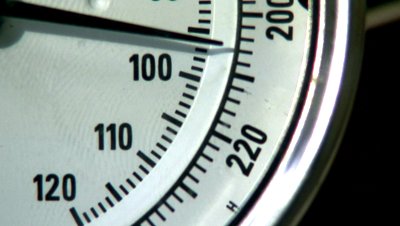 “The main problem is [amorphous silicon] degrades when light hits it,” said Joshua Pearce, an associate professor of materials science and engineering at MTU. To help counteract the effect of degradation associated with light and heat, companies produce very thin amorphous silicon cells, lessening the impact of heat on the cell. “But you let light go through.…By operating at higher temperatures you can accept the thicker cell [without losing much efficiency].” While this works for amorphous silicon it won’t work for crystalline silicon photovoltaics, according to Pearce.

Pearce conducted two studies to show how a thicker cell in a PV-thermal application can produce more power. The studies were conducted in partnership with Kunal Girotra from ThinSilicon, and Michael Pathak and Stephen Harrison, both from Queen’s University, Canada.

Also, by heating the PV system up at the end of the day, it becomes more efficient, the research shows. “If you cook the cell once a day for an hour, you will increase its overall energy generation by about 10 percent,” Pearce said. Sunlight, he said, causes materials within the cell to degrade somewhat. But by essential baking the device at close to water-boiling temperatures once a day, it helps reverse the degradation.

The cells could be heated after peak sunlight hours by basically not running the solar thermal system and letting the modules heat up as a result, he said. Such a system could be designed much like a flat-plate solar thermal collector, which uses black paint to absorb more heat. “What we imagine is replacing the black paint with amorphous silicon,” Pearce said.

Pearce and his colleagues conducted the tests in laboratory conditions. They are now looking to incorporate such a system and build it to demonstrate the effect. Pearce said it was most likely that such a system would be tested in Canada first.