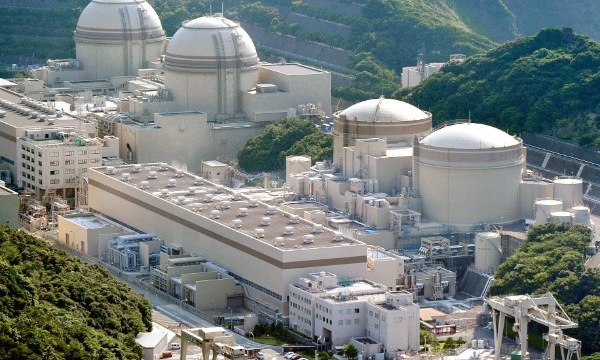 Japan’s utilities say they are being swamped by green power because of rules forcing them to buy up every last watt produced from renewable sources, as new generating companies seek to cash in on premium prices.

Power firms say the grid does not have enough capacity to cope with the rocketing levels of electricity that is coming from a growing number of solar power facilities, possibly risking blackouts.

Yet critics point out that these utilities are simultaneously agitating to restart mothballed nuclear reactors, insisting they need the stability and reliability that atomic power plants provide.

“It sounds inconsistent that a power company says it plans to restart a nuclear plant on the one hand, and on the other says it does not want solar power because there is not enough demand” to soak up all the supply, said Hisayo Takada, climate and energy campaigner for Greenpeace.

Under rules that came into effect in 2012, Japan’s 10 electricity providers — all with a monopoly in their supply area — are obliged to buy power generated from green sources at rates fixed by the government each year.

This rate represents a significant premium on the cost of generation, which the utilities can pass on to consumers. That currently works out at 2,700 yen ($25) per household, per year.

The idea was to offer income guarantees to new generating companies and encourage production from renewables which — together with hydropower — accounted for around 10 percent of Japan’s electricity in 2012, boosting that rate to around 30 percent by 2030.

But Kyushu Electric and four other utilities said in September they would suspend purchases under the so-called Feed-In Tariff (FIT) system, citing the risk of blackouts from overload.

Critics charge that utilities don’t like this green energy because it competes with their own supplies. They say the monopoly these huge firms have on distribution allows them to obfuscate.

“If a utility says it can’t transmit solar power on its grid, currently no one can verify the claim because the grid system is a closed box to outsiders,” said Greenpeace’s Takada.

“I hope the (ministry of economy, trade and industry) will review the claims with fairness and based on information disclosure that should be provided by utilities,” she told AFP.

Green energy has taken on a particular significance in Japan since the tsunami-sparked disaster at Fukushima knocked public confidence in nuclear power, a technology that had previously supplied more than a quarter of the country’s electricity.

Japan’s entire stock of reactors is now offline, but Prime Minister Shinzo Abe’s business-friendly government wants to get some of them back up and running, insisting nuclear is crucial to energy security and can help towards greenhouse gas emission reduction targets.

For Hikaru Hiranuma, research fellow at the Tokyo Foundation, the quibbles from the power companies were symptomatic of the half-baked deregulation that has left them with too much control over both production and distribution.

“I’m a bit worried about the future of renewable energy in this country because a power grid system that is accessible to everyone is yet to be realised,” he said.

Primarily, he argues, the utilities should not be allowed to own the means of distribution.

“Otherwise they can set up barriers to new entrants to the power market, by, for example charging for transmission and imposing penalties for unstable electricity supply.”

The growth in green energy production — up 54 percent since 2012 to 31.6 million kilowatt hours, according to government data — was predictable enough once the FIT system was introduced, he said.

“That’s how a country like Spain has made such good use of renewable energy,” he said, adding 30 percent of its supply now came from renewables.

“The causes of the emerging problem is not the FIT but utilities’ failure to prepare for growth in solar power … which raises a question about the utilities’ suitability as business entities,” Hiranuma said.

Previous ArticleWhat Is SolarTAC?Next ArticleIs Your State Benefiting From, or Missing Out on, the U.S. Solar Power Boom?