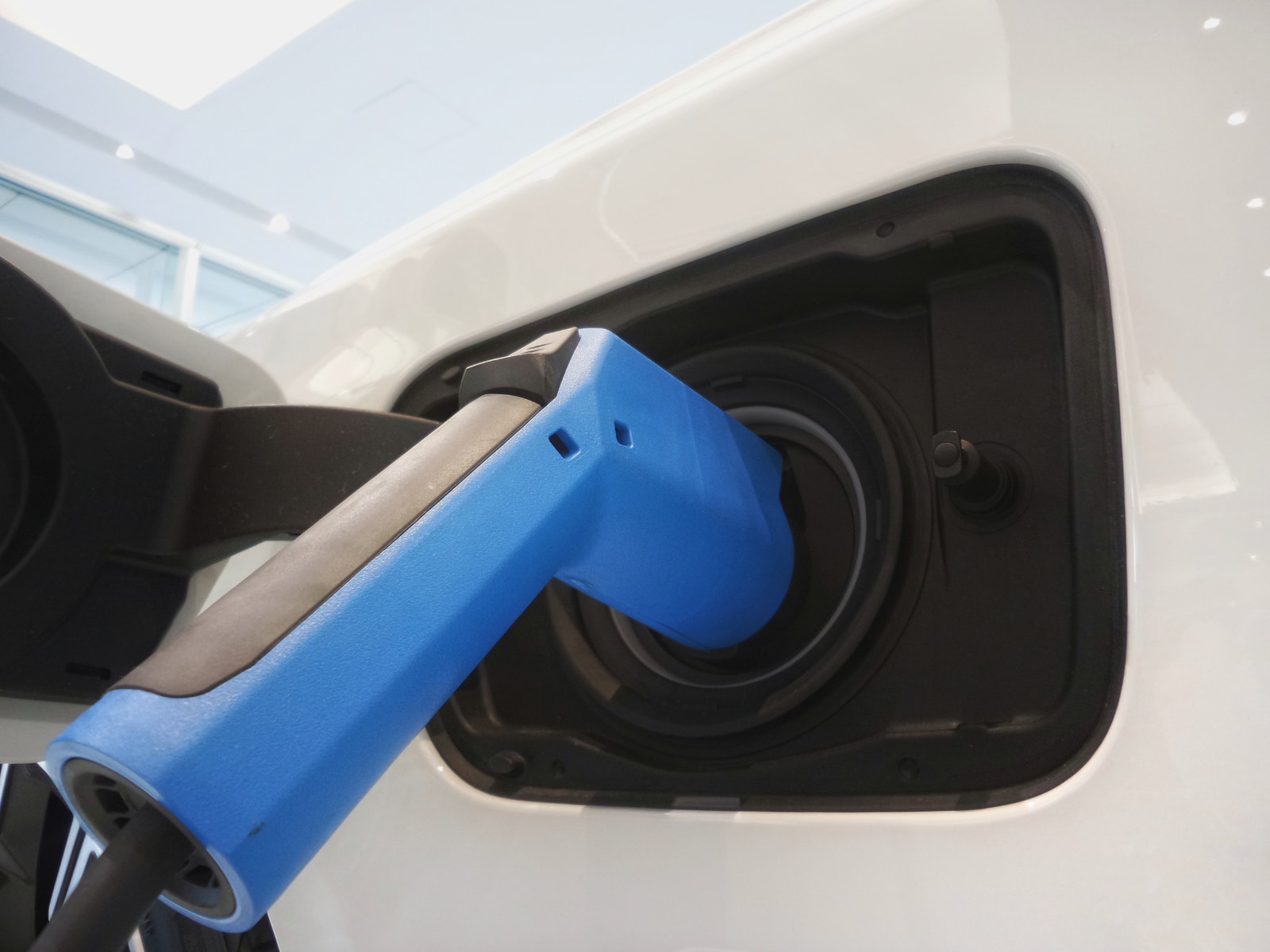 Hydrogen is the ideal fuel in many respects. It is the cleanest burning and most efficient, resulting in a sustainable and environmentally friendly energy loop. Because hydrogen reacts chemically with most elements, it has long been used as an industrial chemical in a variety of applications. Because of its widespread prevalence, the methods of manufacture are numerous.

Table of Contents hide
I. Hydrogen Fuel Cells In Automotive Industry
II. In the Production of Electricity
III. Challenges Of Using Hydrogen Fuel Cells
III.I. Extraction of Hydrogen
III.II. The High Cost of Raw Materials
III.III. Refueling Infrastructure and Hydrogen Storage Both Need Development
IV. Future Trends That Are Expected to Be Seen in Hydrogen Fuel Cells
V. Green hydrogen is expected to cost USD 1 per kilogram in the United States by 2030
V.I. Share:
V.II. Related

A fuel cell is a device that converts fuel into energy and provides electrical power through a chemical reaction. Hydrogen fuel cells use hydrogen as the fuel. Despite the fact that fuel cells and batteries are both electrochemical cells with comparable structures, fuel cells require a constant supply of fuel and oxygen to operate, similar to how an internal combustion engine requires a constant supply of gasoline or diesel to operate.

Because of its high efficiency and low carbon emissions, hydrogen is considered an alternative fuel for the automobile industry. Hydrogen fuel cell R&D is mostly focused on the use of hydrogen in automotive. Hydrogen refueling stations can be found in countries such as the United States. Automobiles and buses with a hydrogen fuel cell powered electric motor are the most common hydrogen-fueled vehicles. A few of these vehicles use direct hydrogen combustion.

Hyundai Motor Group announced in September 2021 that it plans to offer hydrogen fuel cell versions of all of its commercial vehicles by 2028, and that the cost of fuel cell vehicles will be reduced to that of battery electric vehicles two years later.

The group, which comprises Hyundai Motor Co and Kia Corp, currently has one fuel cell bus and one fuel cell truck on the market. After being introduced in Switzerland in 2020, there are 115 buses on the roads in South Korea and 45 trucks in service. Hyundai’s ambition is to advance hydrogen technology despite its relative obscurity, as well as to increase the manufacturers’ battery electric vehicle lineup.

While proponents argue that hydrogen fuel cells are cleaner than other carbon-cutting technologies because they only emit water and heat, the technology has only seen limited adoption in the auto industry due to concerns about high costs, the bulky size of fuel cell systems, the lack of fueling stations, resale values, and the risk of hydrogen explosions. Fuel cell vehicles are produced at a rate of 10,000-15,000 per year globally, compared to 4-5 million electric vehicles.

In the Production of Electricity

Hydrogen fuel cells mix hydrogen and oxygen atoms to generate power. Hydrogen combines with oxygen in an electrochemical cell to produce electricity, water, and a little heat. Laptops, cells, and military applications can all be powered by hydrogen fuel cells. Large fuel cells can provide electricity backup in buildings, and power in areas where grids are not available. Apart from that, hydrogen is primarily used in a variety of marine and space applications, as well as power backup generation.

The cells are quiet, have few moving parts, and emit just water. With the United Nations declaring “code red for mankind” over global warming, such power sources are appealing for a sector that consumes 3% of global energy. Emissions from powering networks and IT account for approximately a third of telecom businesses’ carbon footprint.

Telecoms require generators that can swiftly re-energize after power outages, and generators are frequently the only source of power in isolated regions. Solar and wind power, which do not always deliver consistent power levels, are not viable. In such cases fuel cells are much more reliable option. However, there are still certain obstacles to overcome in terms of technology. It’s difficult to store the fuel, and there’s minimal infrastructure in place to transport it over vast distances from where it’s made. Hydrogen is also expensive: in some markets, it costs nearly ten times as much as diesel.

When it comes to the challenges of using hydrogen fuel in industry, there are many that are both reasonable and unavoidable.

Despite the fact that it is abundant in nature, extraction of hydrogen is difficult. Because hydrogen does not exist on its own, it must be collected from water or separated from carbon-based fossil fuels. Both of these processes demand a substantial amount of energy to complete. This energy may be greater than that obtained from hydrogen alone, as well as more costly.

The High Cost of Raw Materials

Precious metals such as platinum and iridium are needed as catalysts for hydrogen extraction. All of these additional charges raise the cost of the raw material. Some people have been put off by the expense related to hydrogen fuel cell technology. To make hydrogen fuel cells a viable fuel source for everyone, these expenses must be decreased. Hydrogen fuel cells require investment to reach the point where they can be considered a truly viable energy source. This will also necessitate political will to devote time and resources to research and development in order to advance and mature the technology.

Fossil fuels have been used for decades, and the infrastructure for generating electricity by using fossil fuels is already in place. Large-scale adoption of hydrogen fuel cell technology for automotive applications will necessitate new refueling infrastructure, though start-to-end refueling is likely to be employed for long-range applications such as HGVs and delivery trucks. Hydrogen storage and transportation are more complicated than those for fossil fuels. As a result, additional expenditures for hydrogen fuel cells as a source of energy must be considered.

According to CNBC News, “Currently, the fuel cell vehicles account for less than 5% of the commercial truck market in China and that could grow to about one-third of total market share in 2050…China leads the world in hydrogen production, and accounts for a third of global output.”

After high hopes in the 2000s failed to materialise, hydrogen and fuel cells have been dubbed to suffer a “lost decade.” The recovery of the sector is being aided by three causes.

To begin with, advances in technology and manufacturing have reduced the cost of systems that cost USD 60,000 in 2005 to cost around USD 10,000 today.

Second, commercial items are becoming more broadly available, and certain industries such as Japanese microgeneration and US forklift trucks are seeing tremendous growth.

Third, a stronger global commitment to combat climate change is being accompanied by a growing recognition that renewable energy alone is insufficient to resolve the difficulty of decarbonizing heat and transportation.

Japan has possibly made the most headway in the adoption of hydrogen fuel cells. Hydrogen has considerable government support in Japan, including technical and infrastructural subsidies. Hydrogen-powered buses and cars are becoming more prevalent, and Toyota is creating a hydrogen-powered metropolis near Mt. Fuji. Many businesses see this as an opportunity.

GenCell, a small Israeli firm that went public in 2020, is testing its G5 fuel cell unit with one of Japan’s main telecoms providers. TDK Corp. of Japan is one of the company’s stockholders. In July, GenCell reported that Deutsche Telekom is testing its fuel cells, and the G5 is currently in use in 14 countries, including the United States and Japan. Panasonic is also developing fuel-cell technology. Panasonic’s pure hydrogen fuel-cell generators are still being tested, not just for the telecoms industry but also for other industries.

Hitachi has explored hydrogen fuel cells as a backup power unit for data centers, but has decided against it due to the difficulty of securing and storing hydrogen fuel in a stable way, as well as the inability to adequately certify their safety.

In Japan, backup power from the G5 is expected to cost around USD 0.83 per kilowatt hour (kWh), against USD 1.22 for diesel generators. Hydrogen gas is typically produced as a byproduct or through steam or gas reforming operations in refineries and chemical manufacturers in Japan, and it is delivered in high-pressure containers. Hydrogen has about three times the energy density of diesel but costs about USD 10 per kilogram in Japan, whereas customers pay an average of USD 1.21 per liter, or kilogram for fossil fuel. According to US government data, the price of hydrogen would have to fall to about double that of diesel to produce the same quantity of energy for the same cost.

Because most hydrogen is derived from fossil fuels currently, it is referred to as brown or blue hydrogen. However, more businesses are investing in renewable-energy electrolyzers to produce “green” hydrogen.

Green hydrogen is expected to cost USD 1 per kilogram in the United States by 2030. Investment of USD 150 billion in projects to produce the green hydrogen were announced globally in 2020, compared to none five years earlier. This paint a hopeful picture for the future of hydrogen fuel cells.

At the earliest, hydrogen will be used in sectors that are under societal pressure to decarbonize, which are likely to be those closest to the customer. Consumer goods firms in Europe are showing interest in the market since they can earn a premium by substituting their energy needs in manufacturing and distribution. In the medium to long term, hydrogen is likely to decarbonize industrial feedstock and electricity buffering, as well as some niches in other mobility applications and the built environment. The production of ammonia and synthetic hydrocarbon fuels from hydrogen will allow the decarbonization of the most difficult to decarbonize industries, such as shipping and aviation.

Due to the pressure to decarbonize, Europe is expected to drive the hydrogen industry, which will create opportunities across other regions such as Asia’s manufacturing industry; North Africa and the Middle East’s export of renewable resources; and Australia’s capitalization of cheap fossil resources.

Blending can be used as a policy tool to give hydrogen producers demand security and reduce the danger of supply shortages for hydrogen customers. However, blending is also becoming less of a priority now that it is becoming more certain that hydrogen demand will arise.

Government support is required in the short term to enable the cost reduction of electrolyzers (and fuel cells), but in the long run, hydrogen will likely always be more expensive than fossil fuels, necessitating legislative incentives to make it competitive (e.g. carbon taxes or subsidies).

Hydrogen fuel is the most sustainable and alternative fuel choice for the foreseeable future, and its applications are crucial for both the environment and expanding fuel demand. Researchers and inventive firms should make every effort to make hydrogen available in the same way that water is available, not only for industrial usage but also for personal consumption.

If you want to know more about hydrogen fuel cells, Speak to Reports and Data’s analyst at
https://www.reportsanddata.com/speak-to-analyst-form/2061

Paroma Bhattacharya is a passionate content creator and has been a professional content writer for over half a decade. She is currently working for Reports and Data and possesses extensive knowledge in subjects related to healthcare, technology, banking, and a wide range of other industry verticals. Her articles focus primarily on balancing relevant data with engaging storytelling. She believes in providing objective facts to help people make important business decisions.