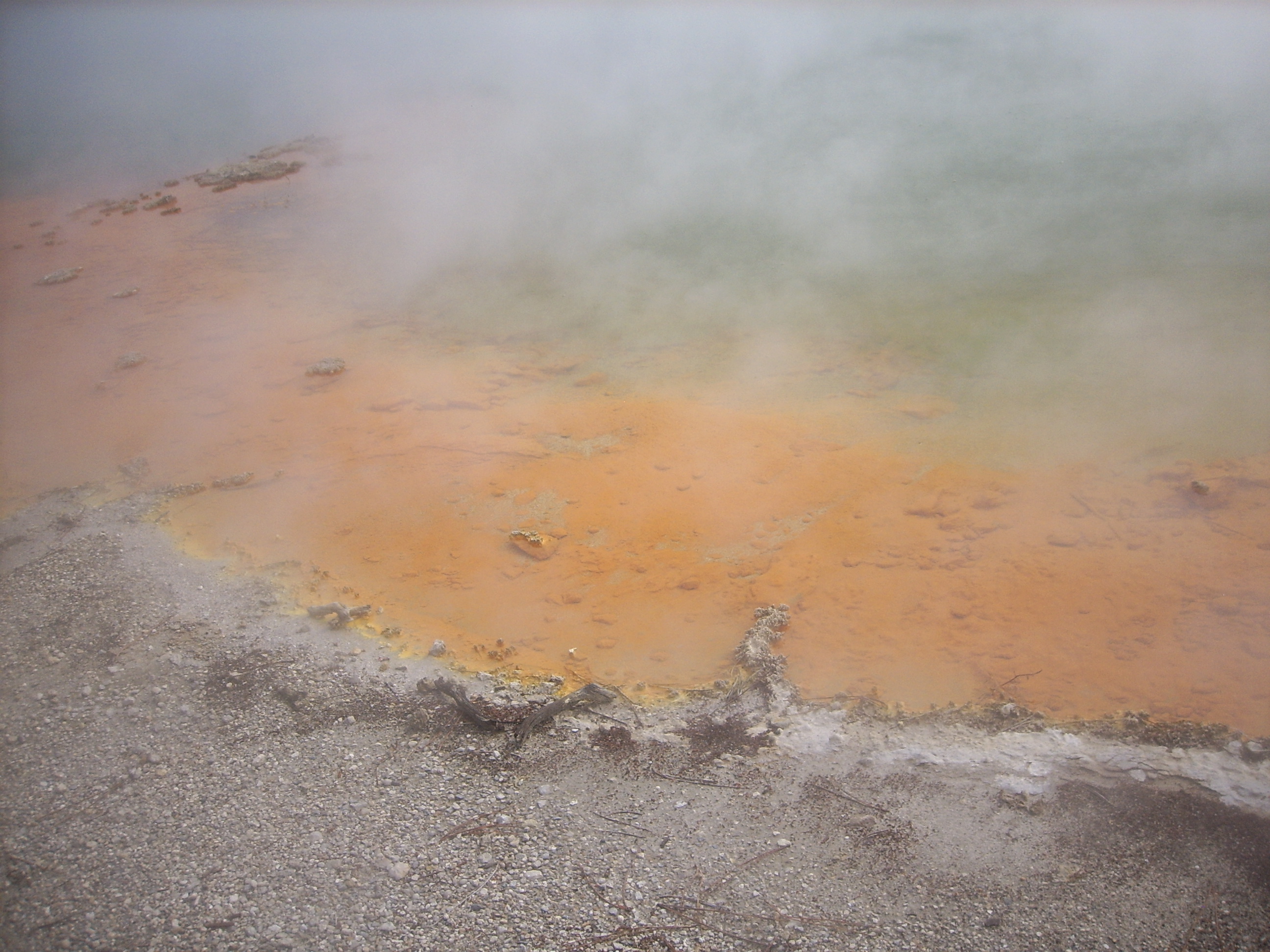 Geothermal has been a consistent and one of the most widely used energies in recent times.

Did you know that the US is the largest producer of geothermal energy in the world?

The US also has the largest geothermal field. The field is called “The Geysers” in California, which is spread over 117 square kilometres and has 22 power plants. The total installed capacity of these plants is more than 1.5GW.

Other than the US, as many as 20 countries use geothermal energy.

Iceland has 600 hot springs and 200 volcanoes all over the country.

The UK is considering building the world’s most extended power connector between the UK and Iceland.

The connector will be able to deliver more renewable energy to 1.6 million British households that do not have geothermal heat pumps.

Geothermal is a renewable type of energy, and is available in most regions, and thus outperforming some of the conventional sources in many ways.

According to the International Renewable Energy Agency (IRENA), this energy was first used in Italy in 1904. Since then, geothermal energy has grown at a steady rate from nearly 10GW in 2010 to 13.3GW in 2018, worldwide.

Geothermal energy is the heat or steam that comes from the earth’s subsurface. It is found in the rocks and fluids below the earth’s crust and can be traced as far down to the core that contains hot molten rock, magma.

In order to generate power from geothermal energy, a mile deep wells are dug into underground reservoirs to access the steam and hot water, which are used to drive turbines connected to electricity generators. Basically, there are three types of geothermal power plants:

The temperature at Earth’s core is nearly 7200° Fahrenheit. Such a high temperature can generate large quantities of sustainable energy and massive amounts of gigawatts of electricity.

It is not surprising that many countries profit from geothermal energy on a large-scale, considering its vast potential.

According to a report by Zion Market Research, in 2018, the global geothermal energy market was valued at around $4 billion. This industry is expected to generate nearly $9 billion by 2025, which is at a CAGR of around 11% between 2019 and 2025.

As many as 700 geothermal projects are under development in 76 countries all over the world, considering that geothermal is a flexible source of renewable energy.

Estimates show that the potential of geothermal energy is 2 terawatts (TW) worldwide. However, the production of this energy is not as much as it is expected to be.

The heat in the Earth’s upper crust has 50,000 times as much energy as found as the combined reserves of oil and gas. Despite this, the world has harnessed just 14,600 megawatts (MW) of geothermal generating capacity in 2018.

This underperformance of the geothermal sector can be because geothermal power resources are restricted to specific regions across the world, which are tectonically active areas.

Geothermal energy is a rare form of energy which is not directly or indirectly from solar energy.

In areas where hot springs are usually found, bathing in these hot springs is a common form of recreation. However, they need to be in a controlled environment since access to these places needs proper supervision.

The process of harnessing geothermal energy is a long and expensive one and not feasible in some regions.

Also, building geothermal energy plants can affect seismic stability to a large extent. Even though there are lesser emissions, digging deep holes causes seismic disturbances, which may trigger earthquakes.

All these reasons have made governments across the world to take a cautious approach when it comes to extracting geothermal energy.

Geothermal energy is extracted from the earth’s upper crust without burning fossil fuels. It means geothermal fields hardly generate emissions or have minimal emissions. Also, geothermal energy can be useful in terms of savings of up to 80% over conventional energy sources.

An average geothermal power plant releases equivalent to 122 kg CO2 for every megawatt-hour (MWh) of electricity it produces. Typically, one-eighth of the CO2 emissions are from coal power plants.

The total energy consumption in the world, which is nearly 15 terawatts (TW), is nowhere near the massive energy reserves beneath the earth.

The potential capacity of geothermal energy that is estimated to be generated by geothermal power plants varies between 0.035 to 2 TW. However, not all geothermal reservoirs are profitable, and only a small portion of the total potential can be utilized.

Geothermal Is a Reliable & Renewable Source of Energy

Another advantage of geothermal energy compared to other renewable sources such as wind, solar, or biomass is that it is a constant source of energy. It means this energy is not dependent on wind or sun, and available all the time.

Also, geothermal is a renewable source of energy, which can sustain its consumption rate, unlike conventional energy sources such as coal and fossil fuels. As scientists say, the energy in the earth’s geothermal reservoirs will last billions of years.

Geothermal energy is extracted from the earth’s core and will remain as long as the earth exists.

When it comes to efficiency, geothermal is one of the leading energy sources. Geothermal heat pump systems consume 25% to 50% less electricity than traditional systems for heating or cooling.

Also, due to the flexible design of geothermal systems, they can be adjusted to different situations, and need less space for hardware compared to conventional systems.

Geothermal systems have a few movable parts which are placed inside a structure. The lifespan of geothermal heat pump systems is high.

The heat pump pipes even have warranties of between 25 and 50 years, while the pump can remain functional for a minimum of 20 years. It means, after installation, geothermal systems hardly need any maintenance.

It is relatively easier to predict the output of a geothermal plant. It does not have the same low-energy fluctuations as wind or solar.

Conventional power plants largely depend on fuel, so for the produced electricity, the cost fluctuates according to the market price of fuel.

The same, however, does not apply for geothermal power plants as they do not use fuel, they do not have to depend on fuel prices, and can offer their consumers stable electricity costs.

Geothermal HVAC (heating, ventilating, and air conditioning) is an efficient system for heating and cooling.

HVAC systems do not burn fossil fuel to generate heat or provide cooling, unlike regular heating and cooling systems. Instead, they transfer heat to and from the earth. Generally, electric power is used only to operate the fan, compressor, and pump of the unit.

In recent years, there has been significant growth in the number of households using geothermal heating/cooling.

There is no shortage of geothermal energy, unlike traditional energy sources such as coal and fossil fuel.

Geothermal is a renewable energy and gets replenished by itself, and thus its supply is abundant.

An increasing number of households in the US and all over the world are using geothermal energy for heating and cooling purposes.

Increased usage of geothermal energy means less consumption of conventional energy for heating homes and offices, which results in significant savings for homeowners.

After the initial installation cost, a 30-60% savings on heating and 25-50% savings on cooling are likely to return that cost within a few years.

Despite the claims that geothermal energy is an environment-friendly energy source, it still triggers some concerns regarding emissions.

The process of extracting geothermal energy underneath the grounds results in the release of greenhouse gases such as carbon dioxide, hydrogen sulfide, methane, and ammonia. However, the quantity of gas release is much lower compared to fossil fuels.

Still, the pollution regarding geothermal power is not as severe an issue as it is with coal power and fossil fuels.

Geothermal Sources Can be Depleting

Even though geothermal energy is considered sustainable and renewable energy, there is a possibility that specific locations may take time to cool down, making it impossible to extract more energy in the future.

Building geothermal power plants poses the risk of affecting the land’s stability. In January 1997, an ongoing geothermal plant construction in Switzerland triggered an earthquake with a magnitude of 3.4 on the Richter scale.

Also, the construction of geothermal power plants in both Germany and New Zealand led to the motion of the earth’s surface.

The cause of those earthquakes was due to hydraulic fracturing, which is an integral part of constructing an enhanced geothermal system (EGS) power plants.

Extracting geothermal energy may result in a high initial cost for individual households. The process like drilling and installation is a complex one, which makes the cost quite high.

Even though the return on such investments is substantial, and it is possible to earn back the investment within 2 to 10 years; still, the high initial cost often works as a deterrent.

A piece of land is required next to the house to install geothermal systems. It is particularly difficult to implement for homeowners in big cities because of limited space. In such cases, a vertical ground source heat pump is required.

Geothermal power plants require specially designed heating and cooling systems and other equipment that can work at high temperatures.

Places like these are generally located in isolated areas, and a substantial amount of money is needed to construct the appropriate infrastructure to produce electricity from these far-off places to populated localities.

Despite the fact, the upfront cost is likely to pay off in 5-10 years and will save energy costs in the long; still, the cost at the beginning makes people think twice.

It is not easy to find geothermal reservoirs. Iceland and the Philippines fulfill almost one-third of their electricity demand with geothermal energy.

Transporting geothermal energy for long distances through hot water may result in a significant energy loss.

Overall, geothermal energy is a renewable and sustainable form of energy that provides an uninterrupted supply of power, which can be used for heating or cooling homes and office buildings and to generate electricity.

Despite the risk of triggering earthquakes, the efforts to extract geothermal energy will continue due to its renewable nature and can meet this planet’s energy crisis. The main advantage of this energy source is that it does not depend on weather conditions and has quite high capacity factors.

These days many geothermal plants are dry steam or flash plants that are harnessing temperatures of more than 180°C. However, moe medium temperature fields are used for generating electricity or with combined heat and power by developing the binary cycle technology. So, the future seems bright for this energy sector, and countries with reservoirs are trying to capitalize on it.

Previous ArticleWhat is Hydroelectric Power and How it Works?Next ArticleWhy are Solar Generators the Best Option for Battery Backup?