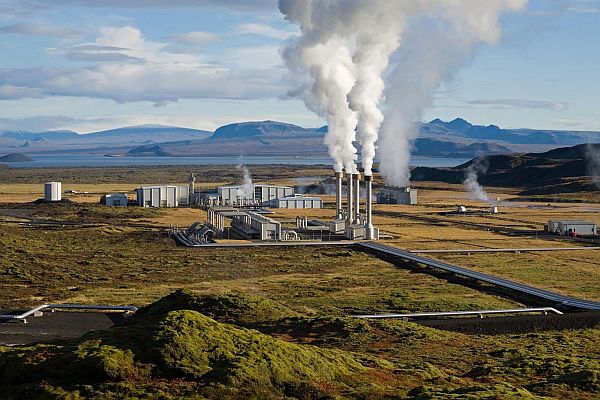 Anyone who follows renewable energy trends knows that solar has become increasingly popular. It’s a fossil fuel alternative that offers clean power for virtually forever. Through continuous innovation, solar will soon be completely accessible to commercial and residential buildings in all regions.

There’s no denying that solar will always benefit the planet more than coal and oil. Despite the advantages, we can’t overlook that solar can lead to environmental issues. These concerns include everything from habitat loss to water scarcity to hazardous materials.

Here’s an in-depth look at the geological problems with solar energy, as well as what we can do to fix the issues that currently exist.

How the Two Main Kinds of Solar Energy Work

CSP uses a mirrored layout to direct sunlight onto a receiver. These arrangements often work well for utility-scale purposes, so CSP can supply energy for multiple buildings. Alternatively, you can mainly find PV in solar panels, which have both commercial and residential applications. This option uses electrons to convert sunlight into power.

Each solar category has separate environmental concerns. While CSP tends to be the more prominent issue due to the size of the facilities, PV presents certain problems, as well. It’s a good idea to look at both to see where to apply the best solutions.

There’s significant land required to build utility-scale CSP operations. That’s true for most energy plants, whether they’re renewable or not. CSP necessitates a flat terrain to build multiple mirrors to reflect the sunlight. Towers are needed to control the system to achieve accurate positions, so they need ample space.

These facilities require multiple acres to produce the megawatts necessary to power numerous buildings. It’s true that some renewable sources, like wind energy, can share land used for agriculture, which can be a win-win. Unfortunately, CSP doesn’t have similar capabilities due to the technology.

This land usage creates a few issues. It can degrade local ecosystems and pollute water sources. There may even be impacts on human populations, given that land used for CSP might disrupt neighborhoods.

Fortunately, we can pursue solutions to mitigate such damage. Every effort should be made to look for “undesirable” properties, like unused mining areas. It’s also smart to consider PV for utility-scale projects rather than CSP. That’s because PV doesn’t require flat land, and you don’t have to use water to cool down the system.

This renewable energy source sometimes threatens wildlife. It’s important to note that fossil fuels cause more damage to biodiversity than renewable energy, but we must still address the problems that stem from solar. There are minimal risks involved with residential systems, but CSP utility-scale projects can disrupt wildlife habitats.

If you build a solar facility that spans several acres, you directly impact the animals and plants that call that area home. This wildlife can no longer access their natural habitat, which leads to various difficulties due to how accustomed they are to their surroundings. It takes many generations for animals to “rewire” themselves to adjust to different territories.

Take the Ivanpah Solar Electric Generating System in California as an example. This operation was once the world’s largest solar plant — and contributes to the state’s goal to use 50% renewable energy by 2025. That’s good, but we can’t overlook the repercussions.

It houses nearly 350,000 CSP mirrors, which have created a particular problem for the area’s desert tortoise population. This endangered species has drastically dwindled over previous decades — and such a project only makes things worse.

It’s evident that birds and other flying creatures, like bats, face dangers, too. These animals often mistake mirrors for water sources, which leads to injuries and deaths due to the extreme heat. These acre-wide setups make finding food harder for flying animals, as well.

Altogether, you can see that extensive CSP plants can’t be built without disturbances to wildlife.

There are issues with water scarcity, too. This concern has a direct link to excess land usage. Plus, you need water for various processes in CSP plant operations. Let’s look at both reasons to see how solar can lead to water shortages, which are already a significant problem.

Most CSP facilities are located near rural areas, often in Southwestern states like Arizona. These spots are prime due to the flat land availability and the sunny weather. It’s essential to note that desert climates already have issues with water accessibility. CSP plant construction can create pollution via sediment runoff that affects local water sources.

There’s also an issue with how much water CSP systems themselves require to operate. It’s a necessary resource for cleaning and cooling, specifically. This process uses hundreds of gallons of water — and you don’t need to be an expert to know why that’s an issue. PV systems don’t need cooling, but they require some water during the cell manufacturing process.

Thankfully, it’s now possible to use dry cooling methods to achieve the same outcomes. This alternative can drastically reduce how much freshwater goes toward solar operations, which will always be essential.

Through the PV cell manufacturing stages, we can identify numerous hazardous materials. These items are mainly used for semiconductor parts. Chemicals involved in the process include everything from sulfuric acid to hydrogen fluoride to gallium arsenide. It’s no secret they can negatively impact the environment, as well as the workers who build them.

There’s a problem with waste, too. Eventually, PV panels and CSP mirrors don’t work, so we need to replace them with new models. These older models are referred to as “e-waste,” and as experts report, they contribute to landfill issues worldwide.

It isn’t easy to recycle solar panels since they’re made with numerous materials. Therefore, we have to pick them apart to remove each component — and, often, they contain valuable parts that can work for different projects. If we want to avoid toxic waste in landfills and recoup and reuse essential materials, we need to figure out how to get rid of solar panels responsibly.

If you think solar doesn’t contribute to emissions, you’d be right. However, we need to consider the production methods used in building solar technology. There may not be emissions that stem from solar power generation, but solar’s lifecycle as a whole can be a problem.

During manufacturing, transportation, installation, cleaning, and dismantling, solar can create emissions. Take the transportation stage as an example. If you have to drive parts and panels across the country for installation, you can’t get from point A to point B without using commercial trucks. This action consistently produces excess emissions in America.

Despite the concerns, you should note that solar emissions are nowhere near the harm fossil fuels cause. Indeed, we must find less environmentally-harmful ways to produce solar power materials. Still, we can rest assured that solar works much better for the planet than other options.

Do the Benefits Outweigh the Risks?

Now, you might be wondering how solar compares to other renewable energy sources. If you look at the data, you’ll see solar ranks as the safest and cleanest option when pitted against wind, nuclear energy, hydropower, and more. It’s also clearly superior to fossil fuels such as oil and coal.

What about the information we just covered? There’s no denying that solar has a few downsides. It’s detrimental to wildlife, uses substantial land, and boosts water scarcity. There are also concerns associated with hazardous materials and emissions production.

Let’s look at the risks of other renewable energy sources to see the difference.

What could go wrong when you set up massive wind turbines? This option offers a clean and renewable power source just like solar. However, wind can also present a few concerns. There are threats to animals, as construction can interfere with habitats and injure flying creatures. People could face additional issues due to noise pollution and aviation problems.

Unlike other clean energy sources, nuclear can be a bit more controversial. That’s mainly because devastating accidents can occur during operations. There are also arguments surrounding radioactive waste and low-level radiation. It’s true that nuclear doesn’t contribute to emissions, but we should continuously analyze the significant environmental impacts.

There are various concerns regarding hydropower. If you had to choose between every renewable energy source, you might choose solar and wind before considering hydropower. That’s because big hydroelectric dams destroy wildlife habitats and residential communities. There’s also the possibility that the processes can affect water quality.

Generally, you can see that most renewable energy sources share the same environmental risks. These problems are basically inevitable because we can’t create power without land — and unless we figure out some way to remove emissions from production processes, we’ll keep affecting the environment. It’s a challenging situation to navigate.

Still, solar seems like the best bet for various reasons. There are solutions for each geological issue, so we just need to get the right people on board to see them through. What can we do to fix the environmental problems created by solar?

Regarding land, we can’t do much. There will always be a need for acreage to build plants at scale. It’s possible to encourage more people to use individual PV systems for their homes and businesses, which work on roofs and require less space.

If we want to protect wildlife, we need to encourage solar companies, state legislators, and specific organizations to see which options exist. It might be a struggle to build such relationships, but we don’t have another choice. There’s a real threat to plants, as well, which means they need to be a priority.

What about water scarcity concerns? There are innovations like dry cooling to help cool down CSP systems without the need for water. This trick should be the go-to option across all facilities. It’s also important to pay attention to where we build solar plants, as certain areas are more at risk for water shortages than others.

It’ll be tricky to tackle hazardous waste issues, considering that solar panel technology isn’t that old. Therefore, we shouldn’t expect to see changes to the systems for many years. This point means we simply have to improve on what we already have. Therefore, recycling needs to be a common practice.

Lastly, we should examine how to fix emissions during solar technology production. This process will require significant overhauls surrounding how we manufacture, transport, and install systems across the country. It’s a change that needs to happen anyway, even without thinking about the emissions created through solar production.

It’s essential not to understate solar’s positive attributes. There may be issues associated with this renewable energy source, but as a whole, we can benefit substantially from solar power installation around the world. It’s about looking for ways to mitigate geological hazards.

Solar Energy Has Many Bonuses, but We Have to Fix the Risks

It’s no secret the world needs to move away from fossil fuels. That’s why alternatives like solar are incredibly advantageous. This option itself creates virtually no emissions while generating electricity, and we can use sunlight as long as the sun shines.

However, we can’t deny that solar has downsides, too. It’s responsible for many geological problems, including land overuse, wildlife threats, water scarcity, hazardous materials, and production emissions. These are all issues that cause harm to plants, animals, and humans.

If we can find tangible solutions for solar’s environmental problems, we’ll have a near-perfect alternative to fossil fuels. Until then, we should rely on solar energy as much as possible. But we also need to iron out specific issues. This way, we can protect the environment even further.

Jane works as an environmental and energy writer. She is also the founder and editor-in-chief of