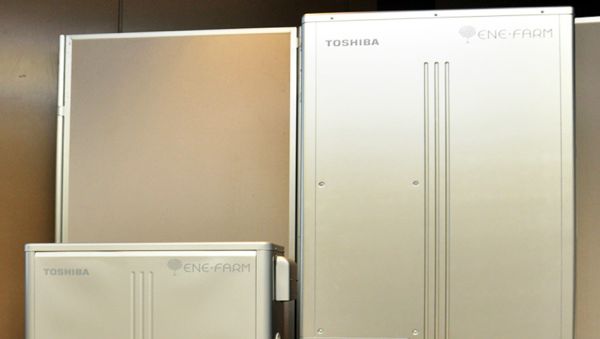 As CO2 is directly linked to global warming, there’s been a rush of efforts to find ways whereby people can receive power without putting a strain on the environment. If renewables can be harnessed efficiently and used through smart grids, then the burden on natural resources and the environment as a whole will be significantly reduced.

As of now, smart grid energy systems exist only in small scales. There has been no attempt to implement it on a national level so while the concept is extremely beneficial to all stakeholders, there are many bugs that need ironing out. For now, the system is being tested in a few places to figure out the best model that can be followed. As it is, even if a model can be settled on, it wouldn’t work universally owing to variables.

In order for the system to work, there will need to be huge investment and it isn’t likely that any one company will step up to bear the burden just yet. Government subsidies and stimulus packages that were released for the test areas weren’t enough to meet the overall cost by a long shot, leaving a large amount of capital uncovered. Countries that are financially strapped cannot afford to sanction money on such a project either so it will take a long time before the world embraces smart grids, no matter how efficient they may be.

Since the idea of smart grid systems still live somewhere in the future, efforts are being made to come up with alternatives. The result is residential fuel cells for communities to supplement energy needs.

a) Nippon Oil to sell residential fuel cells in Japan

Nippon Oil installed 1kW class residential fuel cell systems as part of 150 Ene Farm units back in 2009. The systems can cover 80 percent of a home’s hot water supply as well as provide 60 percent of a house’s energy consumption.

Back in 2009, experiments were conducted to assess the feasibility of residential fuel cells. While the cost was high, the result was extremely efficient. Tokyo Gas’s model saw an efficiency of 87 percent. This was achieved as the fuel cell systems produced energy only when needed and avoided transmission losses. With heat as a byproduct, the systems didn’t have to rely on additional sources to generate heat. Toshiba worked on the 2009 model of the Ene Farm to come up with a new product that’s more efficient than its predecessor. The model had a power generation efficiency of 38.5 percent and a heat energy efficiency of 55.5 percent. According to Toshiba, the overall efficiency of the model was increased to 94 percent which, it claims, is one of the highest. Osaka Gas has also begun selling the Ene Farm for general consumers at a cost of $33,363, lower than the price of the earlier model. Toshiba has said that 4,000 units of the farm were sold from 2009 to 2010 and in 2011, 6,500 units were sold.

In 2011, Panasonic opened the PFCOE in Germany. The R&D facility was set up to focus on developing fuel cells for residents under the European market. The company has been involved in creating residential fuel cells since 1999. It also launched the first residential fuel cell system called Ene Farm back in 1999 and following its success in Japan, decided to take the model to Europe.

Toyota, Kyocera and Osaka Gas are close to launching their residential fuel cell system. Called ENE-FARM Type S, it has an energy generation efficiency of 46.5 percent, and is said to be the highest for a residential fuel cell, according to the companies. The compact system is small enough to be installed in most homes and the developers are looking to expand the system’s use to apartment buildings.

Japan’s Fukuoka Hydrogen Town recorded a reduction of 31 tons of CO2 emissions for the period March to September in 2009. A report released in 2010 said that the town also witnessed a decrease of 3,551 liters of kerosene consumption and 130,000 megajoules in primary power consumption. Hydrogen Town is the world’s largest such town made up of 150 homes with each equipped with an Ene Farm.