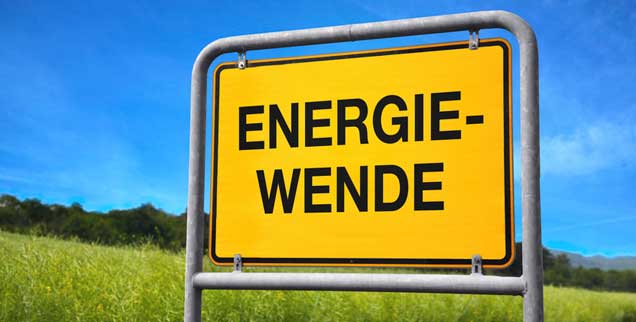 I spent this week at the penultimate meeting of the Transatlantic Urban Climate Dialogue (TUCD) in Germany, over and over hearing the term energiewende. Some of our hosts translated this as “energy change”, demonstrating characteristic German modesty. If I bought a Tesla Roadster, installed a solar array on the roof of my home to power it, ever after laughing at the price per litre posted at the local petrol station, and then referred to my accomplishment as changing a tire, it would be a similar understatement. Energiewende is no mere change. It is a revolution.

Visible signs of energiewende abound. Solar panels are a common sight on roofs of homes, factories, and institutions – the Free University of Berlin has several hundred kilowatts-worth of photovoltaics atop many buildings erected or annexed during the Cold War era when the city was hemmed in on all sides by the repressive and utterly democracy-free German Democratic Republic. As our train glided across the countryside at 200 kilometres per hour (120 mph) on the way from Berlin to Essen in the Ruhr valley region, we frequently squinted through the rain dotted windows to see farms of wind turbines rising above the landscape, sleek blades silently rotating with elegance and simplicity. From a hilltop in the Ruhr Valley city of Bottrop, a region once synonymous with coal mining, steel production, and air pollution, the silhouettes of massive power plants are visible on the horizon, their gargantuan stacks belching steam and carbon dioxide no longer, mute relics of a largely bygone carbon economy.

Energiewende makes itself felt in other, more subtle ways. Bathroom faucets often have no manual taps, but sensors that only dispense water when you present your hands – no absent-minded soul will ever leave the water running as they exit. Step off the hotel elevator onto your floor, and the hallway almost instantly lights up, activated by motion sensors that ensure all is dark when no one is there to benefit from the light. Step into your hotel room, and you will find all electricity extinguished – until you slip your access card into a slot on the wall by the door. On entering a Canadian hotel room, by contrast, you would find the lights blazing, as they would have been since the cleaner finished up many hours before. (This card slot has an added practical benefit of making sure I never misplace my room key.)

More subtle is the revolutionary way the room is heated. The hotel has no furnace. Hot water is piped into the building from a plant some distance away, a plant which takes waste heat from industry and puts it to work once more. (More on the idea of District Energy, or DE, in my previous post.) Alternatively, in places not yet served by the District Energy network, buildings are served by micro-CHP (Combined Heat and Power) units. As the name suggests, these devices provide both warmth and electricity. DE and CHP are both largely invisible, their components hidden away in basements or buried under pavement.

Finally, and least conspicuous of all, are the elements of the building envelope – energy-efficient windows, insulation, weatherstripping, and air exchange systems – which together help to make European buildings half as energy intensive as their North American counterparts. Our hosts in the city of Bottrop spoke of a number of housing projects which are “net positive”, meaning that the buildings produce more energy than they use. Some such projects are targeted at members of society on the lowest rung of the economic ladder – low-income earners and beneficiaries of social assistance. These people stand to be hardest hit by rising energy prices, and so stand to benefit the most from a dwelling that receives cheques rather than bills from the local utility.

When I think about my home in Ontario, I realize that the province has really missed the boat with its Green Energy Act. So much of the focus is on green energy generation – wind, solar, and biogas. There is an energy conservation component, but it is the poor cousin. The Feed-In Tariff (FIT) program has more than its fair share of flaws, but it stands head and shoulders above the SaveOnEnergy program.

Coal and oil are becoming ever more scarce and hence ever more expensive, and our environment cannot support their continued use. We need to replace all of our dirty energy generation systems with clean ones, make no mistake. This will be a hard hill to climb. But it will be far easier if the hill is shorter. At the same time as a revolution in green energy generation, North America needs a revolution in energy efficiency. District energy systems, combined heat and power, and building envelope improvements are all critical to shrinking the hill.

Our German TUCD hosts often spoke of everything they have yet to accomplish. They haven’t solved every problem – far from it. But they have made incredible progress. They have developed the technologies, the businesses, the public programs, and the social structures to make it happen. Through TUCD, they have been showing us how – we simply needed to ask.

In Germany, I’ve seen the hill. I’ve seen the way the German people are shrinking the hill at the same time as they are climbing it. And I am completely confident that North Americans can follow their lead.

We need our own energiewende. Our German friends are showing us the way.