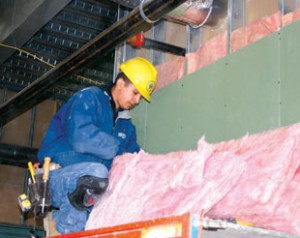 Energy benchmarking can unlock $9 billion in energy savings by 2020, suggests a recent report by the Institute of Market Transformation. Despite our lofty aspirations of energy independence and tackling global climate change, we are only beginning to implement the first step in the multifamily building sector – understanding our energy use. Multifamily housing has a number of characteristics that should make green retrofits an appealing investment, but only a fraction of the potential energy savings have been realized due to the lack of data on best practices and historical cost savings. Experts estimate that the multifamily housing stock could feasibly become 28% more efficient by 2020, which translates to 51,000 GWh of electricity, or 20 coal power plants worth of carbon emissions.

Increasing Demand and Barriers to Adoption

Given that energy costs have risen three times faster than rent increases in the past ten years, utility bills are beginning to be a significant burden on the almost 40 million Americans that live in these multifamily buildings, costing approximately $22 billion per year. Exacerbating the problem in the case of multifamily buildings is the larger capital investments for energy improvements, lack of available capital, and the divide between building owners, utility bills, and tenants. Still, the main obstacle may be the fact that many building owners have never measured, or benchmarked, the energy performance of their buildings, and struggle to make informed decisions when relying solely on energy bills.

Benchmarking involves measuring and recording how much energy is used per square foot and evaluating the performance relative to other buildings of the same type and region. The aggregate data of these analyses are giving building owners, policy makers and utilities valuable insights into what has worked so far and where the biggest opportunity for improvements are. Though largely driven by regulations, building owners are starting to recognize the benefits of energy benchmarking. Energy service companies are providing them with snapshots of their current usage and showing exactly how much they can save from improvements. With this data, they can know what accounts for the bulk of their energy consumption and better target their energy efficiency investments.

One example of a benchmarking regulation is New York City Local Law 84, which mandates that all buildings over 50,000 sq. feet must be benchmarked. So far, the data has shown that the biggest buildings, which constitute 2% of the city’s one million buildings, consume 45% of the city’s energy. Similar benchmarking laws are already in place in Philadelphia, Washington D.C., Austin, Seattle, and San Francisco.

Another driver of energy performance measurement has been the USGBC, through the LEED rating system. In 2009, the USGBC required that all certified buildings report their energy performance for five years after the building achieve LEED Certification. One of the major criticisms has been that the system relied too heavily on energy modeling and not enough on real performance and continuous improvement. In response, the USGBC has responded by putting an increased emphasis on measurement and performance in the upcoming LEED V4. This is especially important in the light of New York City’s Benchmarking Report, which found that LEED certified buildings, such as the recently built 7 World trade Center are not necessarily as energy efficient as much older buildings, such as the Chrysler Building, constructed in 1930. It will be interesting to see the results of the required energy audits for the same buildings in New York required by Local Law 87.

Energy benchmarking is only the first step towards achieving substantial energy efficiency, but it is clear that the success and sustainability of energy efficiency initiatives will be determined by the level of transparency that these analyses will deliver.