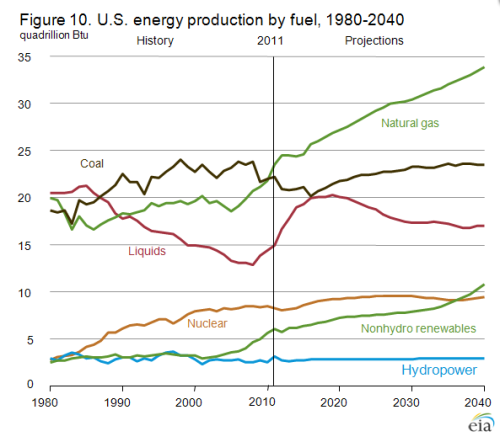 The Department of Energy’s Energy Information Administration has published their Early Release of the U.S. Annual Energy Outlook for 2013.

Overall, I still think they’re looking too much at the inputs to their models–pricing and supply constraints, availability etc., instead of accepting that the demand for fuel is not very price sensitive and will be driven by population and GDP growth. Energy efficiency will surely help us out. But we’ve picked a lot of the low hanging fruit from that tree, and future progress in energy efficiency will be progressively more difficult.