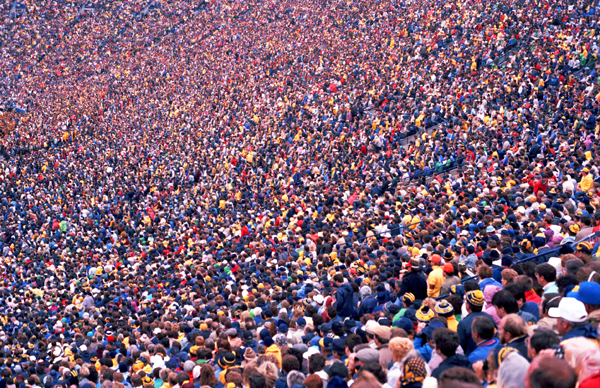 Crowdfunding is populism’s answer to the bank, and it’s being applied to solar. This once novel concept – a collective effort of individuals who network and pool their money, usually via the Internet, to support efforts initiated by other people or organizations – has evolved into a force and molded itself into an exciting company called Solar Mosaic.

Todd Woody’s recent Forbes’ piece, “Solar Crowdfunding Startup Lets Ordinary Investors Own A Piece of the Sun,” reported the two-year-old, Oakland, California-based company already won approval in California and New York to allow individuals to invest directly through its website. This gives ordinary people, with ordinary money, the opportunity to put their personal capital toward solar projects that draw reasonable returns over time. To be fair, they are not exactly investments, but loans that pay their interest through the sale of electricity from solar.

Mosaic’s business model provides die-hard renewable energy advocates, conservationists and corporate responsibility advocates with something that is hard to find elsewhere: a competitive, environmentally conscious investment. Mosaic’s return rates are excellent for those of us schooled in stocks, bonds, REIT and other medium to long-term investment vehicles. You can’t find returns of 4.5% to 6.5% in a CD, online savings account or U.S. savings bond.

With Mosaic, the customer’s money is going directly to the purchase and maintenance of a solar farm that will produce electricity for 20 plus years. There are no price swings, mechanical breakdowns or new hires that will disrupt the farms conversion of light into electricity, and the power purchase agreement with the local utility has its returns locked in from day one. Photovoltaic solar’s greatest virtue from a developer’s standpoint is its simplicity: “Set it and forget it.” This, along with Woody’s research showing that some projects allow investments as low as $25, has the potential of making solar an “everyman” technology.

Why is this important?

If Mosaic is successful at raising enough capital to build solar farms across the United States, and if it proves profitable, then the model can spread and become commonplace over time. As reputations are established and trust is earned through consistently predictable returns, coupled with solid customer service, companies using the model can then be used for many other things – from balancing retirement and education portfolios to alternative investment options for Colleges and Universities seeking to divesting their endowments of companies proliferating climate change.

The recognition of renewable energy as more than a social or environmentalist cause will have a drastic impact on its access to capital and corporate talent. Mosaic’s model is an important step toward the goal of everyone having the opportunity to invest in sustainable energy directly, which encourages an environment of carbon transparency. At some point, perhaps in the near future, it will inspire people to ask their financial advisors, “what gives me the highest return and where does that return come from,” instead of the simplistic, “what gives me the highest return?”