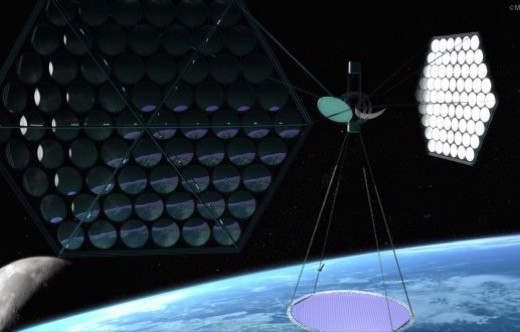 Moving away from fossil fuels and towards green energy generation is becoming increasingly important, not just because fossil fuels will eventually run out, but the emissions they produce are choking the atmosphere. That’s why we are seeing huge solar farms being built, but China is considering a much more ambitious project. Chinese scientists want to construct a massive solar power station in space.

By massive I mean the largest man-made construction ever in space. The station when finished would see 6 square kilometers of solar panels orbiting the Earth at an altitude of 36,000km. It’s so large in fact, that from the Earth’s surface it would apparently look like a star in the sky.