Everything China does it outsized, including the 12 gigawatts (GW) of solar capacity it added last year, bringing the cumulative total to 20 GW.

Now, the government is raising the target once again, this time to 70 GW of solar by 2017, which would more than triple capacity in just three years.

“PV is becoming ever cheaper and simpler to install, and China’s government has been as surprised as European governments by how quickly it can be deployed in response to incentives,” notes Jenny Chase, lead solar analyst for Bloomberg New Energy Finance. China’s state-owned power companies are now the world’s biggest owners of solar assets, she says.

But as Chinese solar companies – those that are left – recover from the surplus that rocked the industry, many of them are developing their own projects as a way to absorb excess manufacturing and increase margins. One of the recent government reforms has been to make bank financing easy for clean energy projects.

Trina Solar, for example, China’s second-largest manufacturer, starts building a 1 GW solar plant this year in a far-west desert, along with a nearby factory that supplies the plant. 300 MW comes online this year, with the project finished by 2018. The electricity won’t be transmitted to big cities, it will be consumed by the 570,000 people that live in the area. 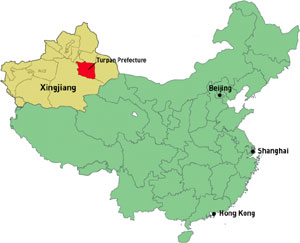 Even so, fossil fuels reign, as the government institutes subsidies to get a shale gas industry going. And it will move fast, from 200 million cubic meters last year to a targeted 6.5 billion cubic meters by 2015. It also has big plans for coal to methane plants, which have much higher emissions that coal plants.

And while there are lots of new coal plants also being built, many are more efficient replacements for shuttered old ones.

So, what’s the conclusion? Renewable energy is growing faster in China than anywhere in the world, but even as its use of coal slows (which it already is), its massive energy footprint will require coal for decades to come.