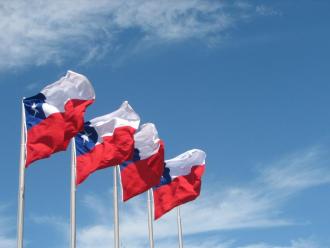 For years there has been a lot of talk aboutclean energy in America, China, and Europe, but a new player has entered the field of play: Latin America.  Eager to kick their dependence on coal, oil, and other fossil fuels, these nations are beginning to ramp up their investment in renewable power.  Whereas Brazil used to be the only country that had any sort of significant investment in the sphere, recently countries like the Dominican Republic and Uruguay have stepped up their games, but no one has come close to the green power shift undertaken by Chile.

Chile’s location and access to an abundance of clean energy has the country primed for growth.  It’s Atacama Desert has levels of solar irradiance that the rest of the world can only dream about, there are strong winds both on and offshore waiting to be harvested, and its location next to tectonic plates make geothermal energy a tempting option going forward.  In September 2013, Chile’s government voted to pass legislation for even more ambitious renewable energy levels nationwide, upgrading the existing law mandating that 10% of the nation’s energy portfolio come from renewable sources by 2020 to an impressive 20% by 2025.

Chile has a high demand for electricity led by a massive energy-intensive mining industry, and this coupled with high prices from importing fossil fuels, in addition to an inefficient electricity grid, results in an enormous electricity bill.  The higher costs for standard grid electricity (an average of $0.25 per kilowatt-hour in Chile compared to about $0.10 in America) mean it will be easier for renewables to reach grid parity.

Northern Chile is the home of the Atacama Desert, which receives the highest levels of solar irradiance on the planet.  If Germany can lead the world with this much solar irradiance, the sky is really the limit for Chile.  Due to the solar potential, companies have already begun to work together to build a solar power plant called Project Salvador in the Atacama that won’t need any subsidies, and will still be cheaper than fossil fuel-derived electricity.  When finished, the project will be a 70 MW installation, and will produce 200 gigawatt hours of electricity a year, enough to power about 60,000 per year.  The project has an expected price tag of approximately $200 million and construction is set to begin in the fourth quarter of 2013.  Electricity delivery to the grid is projected for the first quarter of 2015.

To date, over 13 gigawatts of renewable energy has been submitted for review and approval by Chile’s Center of Renewable Energy and of this, solar accounts for a whopping 57%.  Not all of the proposed projects will be accepted, but it is certainly a great step forward for a country that currently has only 6.7 megawatts installed and operating.

While not expected to have the growth of solar, the wind industry in Chile will also play a nice role in the expansion of clean energy there.  Numerous companies have plans to install several hundred megawatts through various projects.  Mainstream Renewable Power recently finished a deal to construct 450 MW of wind power projects that should be operational by early 2016 and has an investment value of $1.4 billion.  Don’t blink, or you’ll miss Chile’s transition to renewable energy.