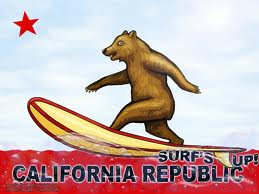 The state of California stands to raise billions of dollars annually — and as much as $14 billion a year by 2015 — after it launches its ambitious carbon cap-and-trade system later this year. According to a report by the state’s Legislative Analyst’s Office, the auctioning of CO2 pollution credits, which will begin this fall, could raise $1 billion to $3 billion in 2012 and 2013, and jump to $14 billion within three years. By comparison, the current state budget deficit is $9 billion. State officials say, however, that they will be limited to spending the funds on projects related to reducing greenhouse gas emissions. In addition, several business and taxpayer groups are preparing lawsuits to kill the system altogether.

The auctions are part of the state’s ambitious Global Warming Solutions Act, passed in 2006, which commits the state to cutting greenhouse gas emissions by 80 percent by 2050. Beginning this year, the law allows companies to bid for emissions allowances. Dan Richard, chairman of the California High-Speed Rail Authority, told the San Jose Mercury News that a significant amount of the funds could go toward high-speed rail projects, such as a proposed line from Los Angeles to San Francisco.