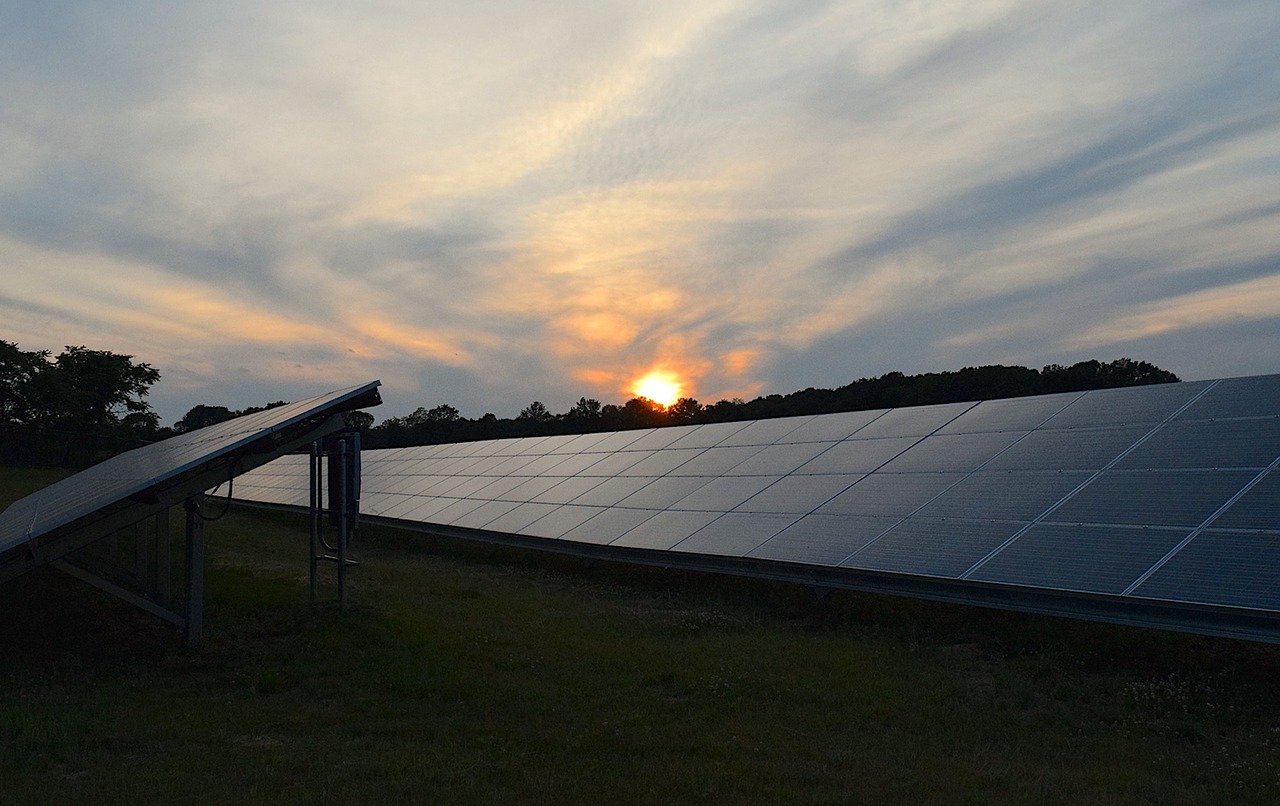 “Can solar panels work without direct sunlight or with artificial light?”

“Do solar panels work at night or on cloudy days?” – or

“Do solar panels work in the shade?”

These are the common questions that pop up when it comes to solar panels.

It is because most people are aware of the fact that the capability of solar panels to produce electricity is through capturing sunlight only.

We can use the produced electricity to meet our daily energy needs, including cooling, water heating, and running other appliances.

In this post, we will find answers to the questions that we started with, in the beginning.

Do Solar Panels Work without Sunlight or at Night?

The answer to the first question is yes; solar panels can work without direct sunlight.

The matter of fact is solar panels use daylight energy to produce electricity, and they do not need direct sunlight to work. A surprising answer, isn’t it?

Well, the reason is that the photons in natural daylight get converted into electricity by solar panels. That is why the heat from the Sun does not entirely affect the production of electricity.

Generally, solar panels comprise materials like silicon, which creates an electric current when it comes in contact with natural daylight. Then this current is used as standard electricity within properties.

Then what about the night? Do solar panels work at night when there is no natural daylight?

The answer to this question is “yes” as well.

It is possible in two ways — the first one is net metering and the second is solar storage technology that allows solar panels to access electricity at night when solar panels are in a relatively passive state.

During the dormant state of solar electricity production, panels can be connected to the electric grid or a battery. As a result, solar panels provide a sustainable 24×7 energy solution.

Solar panels can work even on cloudy days. However, the panels do not produce the same amount of electricity as they do when there is sunlight.

On very cloudy days, solar panels produce 10% of what they usually do in the day time with sunlight.

On the other hand, it is important to know that if the weather is too hot, the capacity of solar panels to produce electricity actually drops by 10-25%.

It has been observed that the power output of most solar panels degrade if the weather is extremely hot, especially when the temperature of panels go beyond 25°C. This is the reason why the specifications of solar panels mention 25°C as the optimum temperature for solar power output.

It means the general notion that solar panels do not work well in cooler temperatures is incorrect. For example, most of us may think that dry desert-like regions are ideal for solar energy production, and cloudy terrains are not favourable for the same purpose, which is not true.

In fact, solar panels work better at cooler temperatures, so the electricity output is quite significant. The reason being, fog and clouds reduce the effect of direct sunlight, and thus the heat stays within the safe temperature.

Using a residential solar system in these regions can save a household nearly $1,500 per year on utility bills.

An ideal example could be the US city of Boston, where temperatures are mostly cooler. Still, solar panels work efficiently and save a significant amount of electricity bills.

Innovative Technologies that have made Solar Cells work in cloudy weather

Scientists at the University of British Columbia have developed a sustainable and economical method to make solar cells using a specific type of bacteria that can convert light into energy!

These bacteria-powered solar cells can even work during the overcast weather.

Initial experiments have shown that the solar cells can work efficiently both in dim and bright light. Also, these cells can generate a current, which is stronger than any similar event recorded in the past.

This unique technology is ideal for implementing in regions like Northern Europe and Canada, where cloudy and colder weather is common. Other environments, including deep-sea, and mines, could also be considered for implementation.

This innovation may have taken a great stride toward wider adoption of solar power in areas like British Columbia where cloudy skies are common.

Another innovative technology has been developed by scientists in China. They have created graphene-coated solar panels that can produce electricity from raindrops.

To make these solar panels, Chinese scientists have applied a thin layer of graphene to enable the panels to produce power from rain.

Raindrops have natural elements like salt, which splits into forms of ions, which are ammonium, calcium, and sodium. The ions, along with graphene and water, make a suitable combination for generating electricity.

The thin layers that scientists use have a variance between them, and this variance is strong enough to generate electricity.

According to scientists, this new technology could result in a major breakthrough in developing advanced all-weather solar cells.

How Solar Panels Work in Other Weather Conditions?

Will solar panels work when there is snowfall, and the outside temperature is really cold? This is another important question that consumers may have.

Particularly, after heavy snowfalls, snow is likely to accumulate on solar panels and block the panels.

That’s right. However, even after gathering, the snow generally melts off pretty fast since the panels are directed towards the Sun.

Solar panels are electric devices and may have the risk of being struck by high-voltage lightning.

In this case, the solar installer needs to make sure the solar system is properly grounded to prevent voltage surges.

Additional protection may be necessary, and upgrading the panels with a lightning protection system may prove to be a wise decision.

These days solar panels have been improved to withstand harsh environmental conditions like hail storms.

Companies that produce solar panels often carry out endurance tests to see if the panels can survive hails that hit at nearly about 70 miles per hour. Testing is also done to observe how the panels react to mechanical stress from hail.

High winds are a major concern for consumers. For example, several cities in the US tend to have the condition of strong winds and stormy weather throughout the year.

Solar manufacturers have been giving assurance to consumers about the safety of the solar panels in such conditions.

These days solar manufacturers need to obtain a certificate to prove that their solar panels can withstand wind speeds up to 140 miles/hour, which is equivalent to a Category 4 hurricane.

To take on the harsh wind speeds, researchers have come up with innovative products like Solar Flower (or Smartflower).

During the day, when solar flowers operate, their sensors keep monitoring the wind speed. If wind speeds are more than 54 km/h, solar flowers automatically fold into a secure position to avoid damage.

If the wind speed goes beyond 63 km/hour or more, solar flowers take up the secondary safety position by folding their petal-like panels completely.

The sensors, however, continue to work, and when the wind speed comes down below the danger level, the systems unfold again and start producing electricity.

Are all Solar Panels Equally Efficient when there is no sunlight?

The answer is, “No.” All the solar panels perform best when there is an optimum level of sunlight. It means when the condition is not too hot or cold.

In regions like Europe and North America, summer is the ideal season for the best sunlight. However, as discussed earlier, solar panels work during the winter as well, even at a lower efficiency.

The ability of solar panels to capture sunlight depends on their size and power.

Smaller solar panels will take more time to capture and generate solar energy. This is why to work efficiently, the installation of a larger number of units is required.

On the other hand, bigger solar panels are needed in fewer numbers to capture the same amount of sunlight and produce electricity.

Amorphous solar panels need very little light to produce solar energy and can work even in shaded locations. However, these panels are quite inefficient compared to mono- and polycrystalline panels and need in more numbers to deliver the same energy.

Polycrystalline solar panels are more efficient than amorphous panels and can work well in changeable weather conditions. Though the level of efficiency of these panels much lower than polycrystalline panels.

Monocrystalline solar panels are the most efficient ones. They can generate maximum energy from minimal space and have the longest life expectancy. However, these panels do not perform well in cloudy or shady conditions.

To sum it up, the whole thing is to say that solar panels do not perform at their best when clouds are blocking the sun, and they will not generate the same amount of electricity at night. However, the panels will still be functional and working even though at lesser efficiency.

All the solar panels work at their optimum level in open south-facing locations that get direct sunlight. So, the myth about solar panels being completely dysfunctional during cloudy or rainy days and at nighttime is not true at all.

So, next time, when someone talks about this topic, tell them these facts. It is important for solar installers to know these facts so they can brief their clients with the correct information.