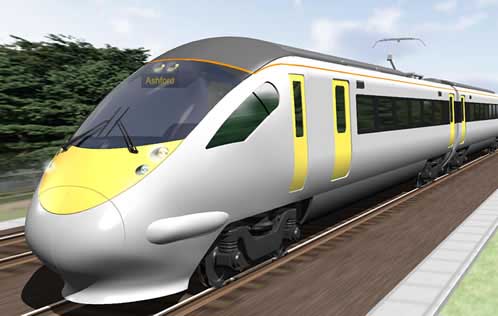 India’s major urban centers of Mumbai, Delhi, Kolkata and Chennai popularly known as metro cities are not adequately covered by transport links. The increasing costs of airplane fares and bankruptcy of a major airline has further aggravated the transport situation. Note these cities which are strategically located in 4 different parts of the country are linked by national highways built by the NDA Government and have railway links as well. However these transport solutions are too slow for the fast movement needed by business travelers and tourists. With flight costs increasing and frequency reducing, it has become costly to commute which could lead to a further deterioration of the Indian economic performance.

High speed bullet trains are the ideal answer to the cost-speed balance need in transport between major urban cities. Note despite a couple of hiccups, China’s high speed train infrastructure is already starting to break even. Though the initial cost of setting up the bullet train system is quite high, the returns both explicit and implicit are quite good in a dense population set up such as India.

The other benefit it will have is reduction of burden on the road network which is also prone to crazy hour long jams and congestion. It will also help the environment as railways are much more climate friendly and produce less GHG emissions compared to airlines.

Indian Cities are in general totally unorganized with drivers being scant attention to traffic rules. Space constraints make most cars park illegal as there are no garages. In India’s Capital Delhi, it is a common sight to see fight between neighbors for parking spaces. Some of these fights have even led to murders  and jail terms. Road Rage has become common malaise as nobody follows traffic rules and jams stretch on for hours. Indian cities are seeing a huge influx of cars on a  daily basis with little expansion in road infrastructure. Sick people are known to have died in traffic jams as ambulances can’t navigate the serpentine jams. With the Indian Government having no rules or policies to deal with the problem, even worse days are expected. Solutions like putting congestion taxes on sales of new vehicles, restriction on single use cars etc. are totally absent. There have been proposals of restricting car ownership to people who already have garages in states like Mizoram but most states have no rules or ideas to control the traffic hell, the cities have become. India  sees thousands of fatalities every year due to traffic related incidents.

Four of the nation’s 14 high-speed rail lines have financially broken even since bullet trains started full-speed, intercity service in China two years ago, giving impetus to a Ministry of Railways expansion.

Passenger ticket revenues have so far matched expenses — including debt payments — for the busy Beijing-Tianjin, Shanghai-Nanjing, Beijing-Shanghai and Shanghai-Hangzhou lines, a source at the National Development and Reform Commission (NDRC) told Caixin.

Moreover, the financial health of the Beijing-Shanghai line exceeded expectations during its first operating year, which ended in June, sources told Caixin.

Air India and its peers have gained considerably from Kingfisher Airlines’ financial trauma, which forced Vijay Mallya-promoted airline to ground most of its 60 odd aircraft, barring 11 that still fly. KFA’s depleted fleet gave pricing muscle to the rest.

Given the narrow margins, Indian carriers have no options but to pass on the fuel price hike to passengers. This will naturally impact traffic volumes. The corporate sector is restricting air travel for its employees and tourists are choosing international low-cost destinations over domestic ones. Airlines are banking on the upcoming winter season. Higher fares will hurt that too,” says Amber Dubey, Partner and Head-Aviation at global consultancy KPMG.

Why India Could Soon Embrace the Bullet Train originally appeared in Green Chip Stocks. Green Chip Review is a free 2x-per-week newsletter, is the first advisory to focus exclusively on investments in alternative and renewable energies.