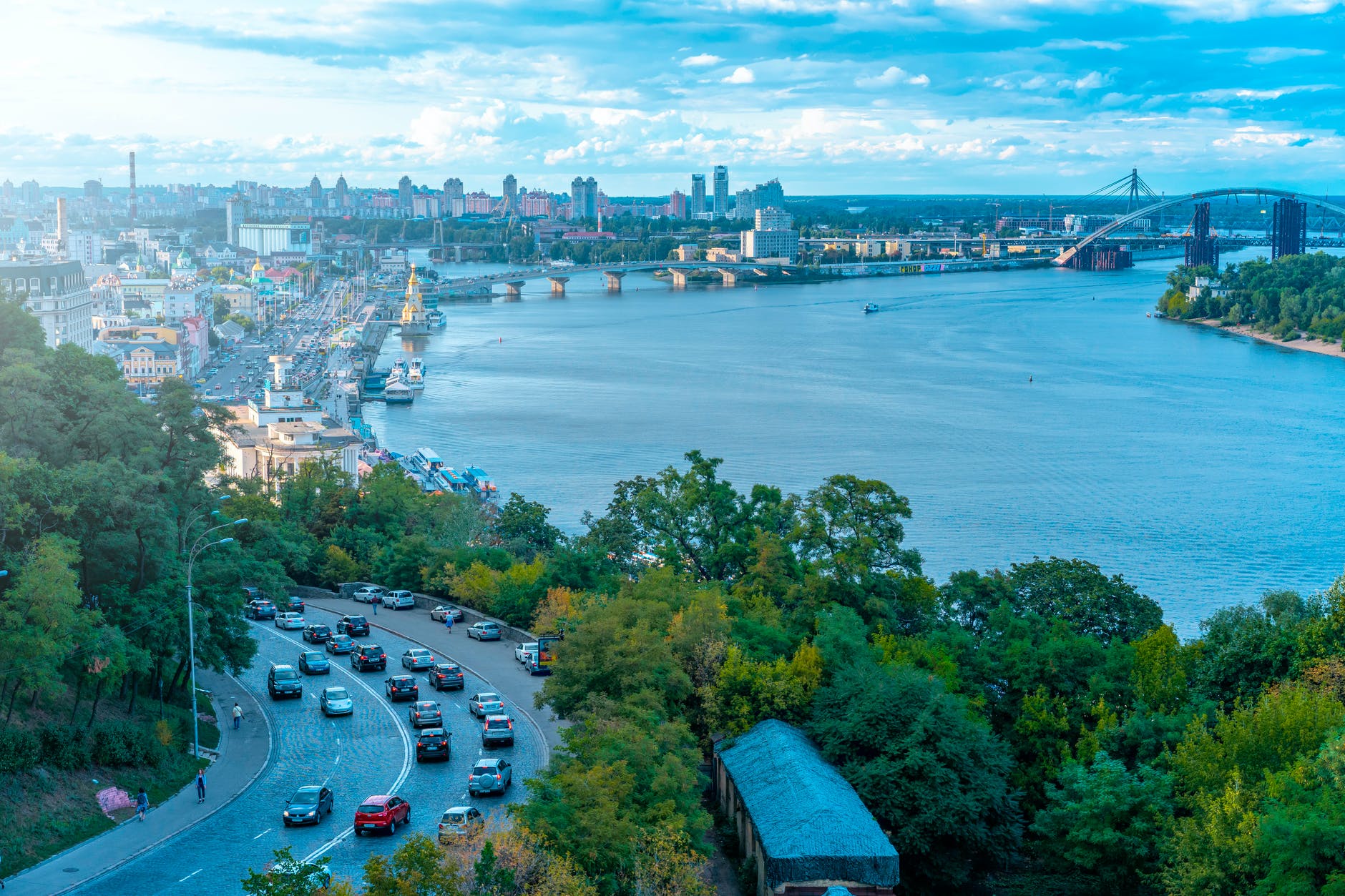 Solar energy in Ukraine is gaining traction. With one of the largest solar energy companies in the country aiming to deliver 1 Gigawatt of solar and wind energy by 2030, there is a huge spike in demand.

Ukraine has a range of incentives designed to encourage investment in solar power facilities. Since the country is one of the top locations for solar panel installation, this market holds a great deal of potential for any developer looking to enter the industry.

The 2019-completed solar park has an output of 15.7 MW, and it was completed in just three months. It consists of over 41 thousand modules and 85 inverters. The company behind the realization was Solar Kit which is from India.

This solar farm, which is located in the Zhytomyr region of Ukraine, is a new form of energy production. With 47 hectares of land and 34 560 piles, it utilizes the sun’s thermal energy through 91 048 solar modules and a couple of central inverters. It has its own 110/10 kV 25 MVA substation and was invested in at the cost of 27 million EUR.

The Terslav solar power plant project in the Dnipropetrovsk region will have a capacity of 20 MW. It will be one of the largest solar power plants in Ukraine and will help approximately 9,000 households use renewable energy. It’s been launched in May 2020. The territory it occupies is 28 hectares which are a “home” to 91,000 solar panels. The investment made is around 15 million euros.

The 6.5 MW Pervomaisk solar farm was built in 2019 in the Nikolaev region and had been operating since November of that year. The 12.3-hectare area is covered with more than 19,700 thousand Jinko Solar panels that generate almost 7,600 MWh of electricity each year. This power can meet the needs of 3,250 households. During its construction, the investor has created 125 jobs. The owner of the project is KNESS Energy.

This ground-based solar power plant was commissioned in 2018, and it has a capacity of 21.76 MW. It is located in the south part of Ukraine, and it has received permission to participate in the Feed-in Tariff scheme. This means that customers are able to profit from renewable energy sources generated here, as they will be paid a certain sum per kWh generated by the PV plant.

To some, it may be a surprise but Oleshky city has a second power plant – this time with a 17.92 MW of power installation. The high capacity in the region would allow Bitcoin mining, as Bitcoin, Ethereum, and Bitcoin Cash has become common payment methods across the world and you can buy Bitcoin Cash from any crypto exchange.

Perovo is one of the largest solar energy plants in the world, with a capacity of 100 MW. Covering an area of around 227 km², it contains close to 400,000 solar panels. When Perovo was built, it was one of the largest renewable energy facilities on Earth and currently is ranked in the top 100. This small town in Crimea can generate enough electricity for a sixth of the region’s residents.

The Nikopol solar power plant is a 246MW photovoltaic power facility located in the Dnipropetrovsk region of Ukraine. It is one of the biggest solar farms in that country, and it’s able to generate sufficient electricity for 100,000 households while displacing 300,000 tonnes of carbon emissions – ensuring this project also fulfills its role as an environmental advocate.

DTEK, one of the largest energy providers in Ukraine and Europe’s leading solar provider, has officially opened its 240 MW Pokrovska plant after it was completed in just eight months. The plant has twice as much capacity as any other in its region, making it a must-have for any consumer looking to start alternative energy production.

Starokozache Solar Power Station is a 42.95 MW solar PV power project in Odessa, Ukraine. The project has been developed in multiple phases over an area of 80 hectares and was commissioned in June 2012 by Activ Solar after completion of construction. It is owned by Activ Solar and the project is planned to expand in the next few years.

It was the second-largest solar power plant in Central and Eastern Europe, with an installed capacity of 82.65 MW when it was launched in April 2012. Okhotnykovo Solar Park’s 82.65 MW of solar photovoltaic capacity, which will generate up to 1 gigawatt per hour (GW/h) of electricity on sunny days, is supported by molten salts which are stored as thermal energy for use at all times.

On June 12, 2017, Kness Energy launched a 9-megawatt power plant in Bilozerka district of the Kherson region. The new facility produces twice as much energy as the previous one, and it will power more than 10,000 households. It’s also expandable up to 11 megawatts. Тhis major expansion will allow the region’s government to save money with lower electricity costs, while also meeting high energy demand.

One of the expected effects of this decision is the improvement to Suvorove Village’s surrounding territory, as well as supporting some social development projects within their community. Another expected result is that formalization will take place with regard to land use. This would also minimize air and water pollution by reducing usage from nuclear energy and carbon-based fuels and beyond!

The expected legal, economic and environmental consequences of this decision include improving the surrounding territory for Suvorove Village by reducing pollution from nuclear energy as well as carbon-based fuels. Social development projects will also be funded in order to improve the community’s standard of living.

The ground-based solar power plant Chornomynska PV Plant 2 in Ukraine is located in the east part of Ukraine – Chornimny, Pishchanskyi district and Vinnytsya region. It is the second solar power station to be built in the Chornomynska settlement. It was put into operation in 2017 with an installed capacity of 1.5 MW by “Hrand Solar ” Ltd., which obtained the license for electricity generation on June 19, 2014, and permitted for a feed-in tariff that started September 21, 2017.

LTD “ALTEN-TROSTYANETS” has been a participant in the Ukrainian renewable energy market since 2017 as an independent producer of electricity from renewable energy sources (RES). The provider manages 3 ground-based solar plants with a total capacity of 2.844 MW, commissioned in 2017 and they produced more than 3.4 million kWh of green electricity that year.

Activ Solar announced the commissioning of a 43.4 MW solar plant in southwest Odessa, which comprises 181,192 multicrystalline panels installed on one row and connected by 41 inverter stations. It has a capacity of 43.3 MW.

In February 2013, the company announced that it had started commissioning of the 29.3 MW Voznesensk Solar Power Station in the Mykolaiv region. The station consists of 121,176 multi-crystalline solar modules and 27 inverter stations installed on a four-row mounting system which were shipped from Austria to Crimea. It is another cornerstone for Activ Solar which has over 310 MW of installed capacity in this part of Ukraine’s southern coast.

One of the largest solar projects in Ukraine has been opened at the end of March 2019 by ICU and VR Capital. The company is a London-based firm that’s known for its many projects around the world. It has a capacity of about 64 MW and will soon become one of their many used worldwide to generate renewable power.

Bolgrad Solar Park is a solar power project in Odessa, Ukraine. It has been developed and constructed by Activ Solar. The project’s price varies depending on size; it was $80 million for this particular one to be built in a single phase. Once development finished, commissioning occurred after completion of construction in July 2013- this happened at an earlier date than expected!

Ukraine has a long way to go in terms of renewable resources, but several companies are leading the charge. Scatec Solar recently launched its Progressovka project, which will help provide clean energy to more than 76,000 households. The project has a design life of over 30 years and will annually abate more than 70,000 tons of greenhouse gases. The Scandinavian company has ambitions to build even more solar energy in the Eastern European country and is yet to realise its further plans.

We should not forget that these solar power plants are the icing of the cake. There are many more across Ukraine and there are times as much to be built.

The Ukrainian government is stepping ahead in their plans to produce more green energy for the generations to come. Ukraine has ideas to ramp up its solar power infrastructure in the coming years, as it is one of the world’s leading producers of green energy.

With a large territory and high solar radiation, the country makes it an attractive investment for businesses. The innovative nature of the current government policies will make solar power more profitable than ever before and sustainable for all.