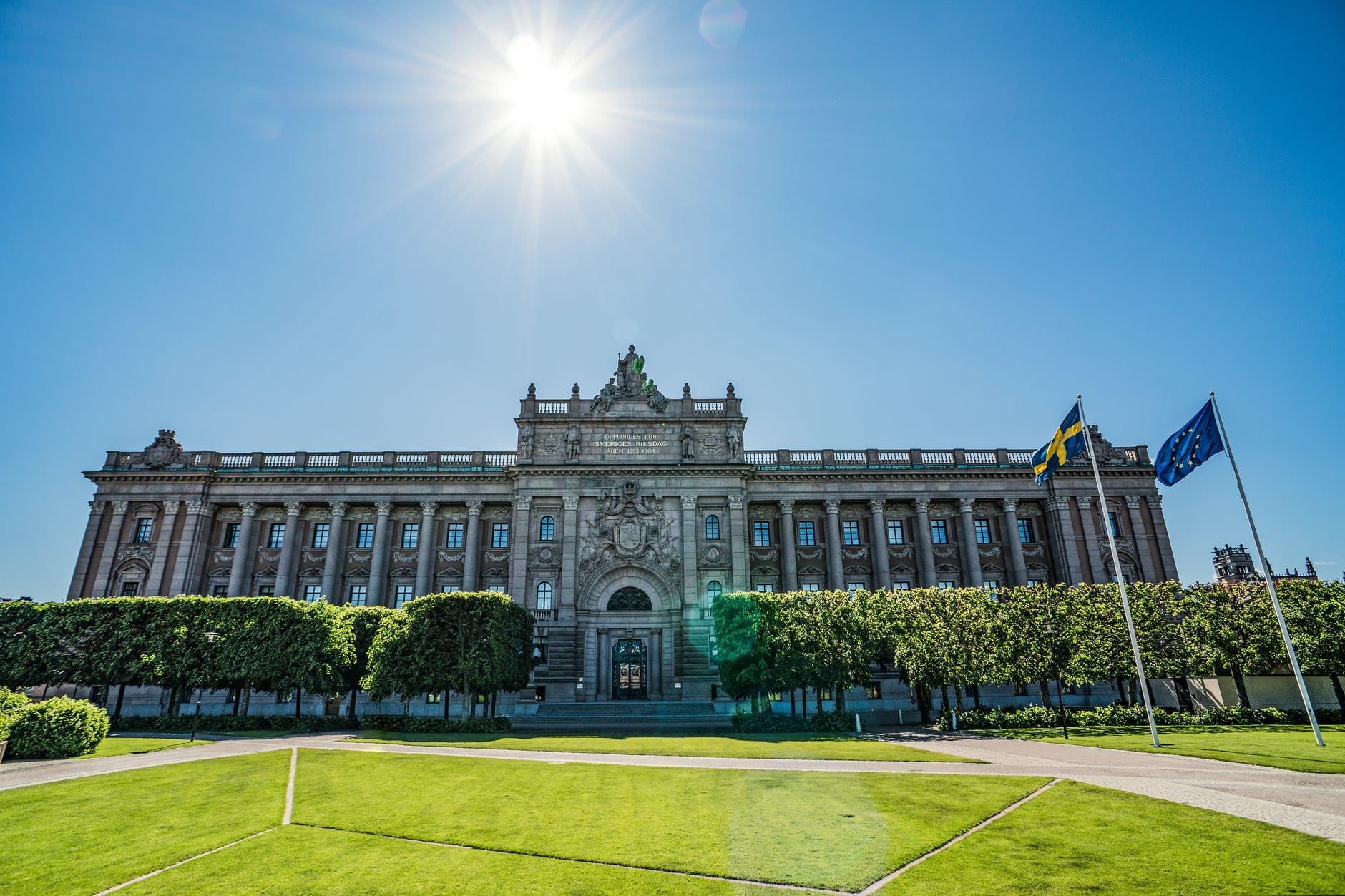 Solar energy has and continues to top as the most popular and convenient source of renewable energy. Besides, it is easily accessible, given that any country experiencing summer or hot weather spikes can utilize it.

And Sweden is among the top countries that have taken a leap at utilizing this renewable energy. Contrary to the common belief that Sweden is actually cold, the country experiences temperate climatic conditions. While this will not work in the solar energy favor during the cold seasons, it will work during the warm ones. Sweden becomes extremely hot during summer, hence a golden chance for companies utilizing solar energy.

Most surprisingly, multiple companies are on the project, and today the industry has become a hot ground for competition. So, which companies have the goldenrod in 2021? Let’s have a look;

The largest solar park in Sweden so far, the Solar Park in Save covers 11 hectares. It is expected to generate approximately 5000 kW of electricity in a year. Amazingly, this energy is sufficient to satisfy up to 1000 households for a whole year.

The park went from private to public in 2018, and, surprisingly, there were so many people willing to rent in the park. With the added individuals on the park, the cost of rent would definitely go down.  After all, there would be rent-sharing.

According to Ola Serneke, the CEO of the Park, its greatest motivation is producing sufficient renewable energy. And what better way to do this than using the sun, which is the renewable energy source the future depends on.

Stockholm Skavsta Airport Solar Energy Plant is the first of its kind on the airport’s ground. Starting in Summer 2021, the energy plant should bring a sustainable energy solution to the airport. It is expected to be complete within a year, which means by summer 2022.

More interestingly, the company has signed a contract with the Municipality to sell the surplus energy to others within the region. Therefore, not only will the airport be sustainable in terms of power, but part of the surroundings as well.

The plan by Stockholm Skavsta Flygplats AB and another business partner is part of the larger Air Pact strategy for a solar plant at the airport.

Following the Solar Park at Save is another large project that kicked off on January 2020, the Amsterdam and Uppsala Solar Energy Project. Its solar panels are expected to generate approximately 4,350 MWh every year. Then there is the project area, which measures 45000 square meters.

The owner of the project, Vattenfall, started with a colossal solar roof in Uppsala. There were also 17,000 solar panels already installed on the roofs of a couple of industrial buildings.

Most importantly, the firm is not the only beneficiary of green energy; it has offered the Municipality a chance to collaborate with the neighborhood and sell the surplus.

The power project of building an 8 MW solar park is assigned by Alight (solar power developer). Alight want to develop this solar park at an unspecified location in Southern Sweden.

The power that this PV plant produces will be sold to Nolato group, which provides polymer-based products through electricity trading partner Bixia.

The project should be over by 2022, another significant addition to Sweden’s solar energy.

Helios Nordic Energy intends to add ten brand new solar projects in Southern Sweden, with the assistance of AB Swedish PV project developer. All in total, they will produce around 500MW, hence a significant turning point for the region.

Four of the solar parks are located in the price SE3 area in Sweden. They already have a combined capacity of generating power of 90MW.

Alight assigned a project to build an 18 MW solar power plant in Skurup. This solar power plant will be located just outside the city. And the power that this plant produces targets Martin and Spain (restaurant and catering company) under a 15-year agreement.

The project should cover 40% of the electricity supply of the company for at least fifteen years. Besides, its annual production will approximately be 19 MW.

This project is located in Pitea, Sweden, close to the Arctic Circle. The technique introduced by this Spanish project enables the solar panels to face the sun rays at 90 degrees continuously, despite the location.

Amazingly, it has increased the energy output by as much as 50%. The expectation from this power project is that it will generate 28 MWh energy annually.

European energy collaborated with the forest owner Martin Sällnas in the creation of the solar project in Häshthagen.

The plan is to build a solar park of 69 MW. This will produce renewable sources of energy for at least 15000 households’ annual electricity consumption.

Moreover, the Solar Park will be built on pre-used peat extracts in Häshthagen. These will be beneficial to making a solar park in relatively larger areas.

The  Svedberg Solar Power Plant Project in Helsingborg is located just outside Helsingborg, Sweden. It spreads over 240 hectares in the region and is assigned to a Danish renewable energy company by European energy.

The good news is that this solar power plant project will produce approximately 130 MW of energy. This green energy will provide enough power to heat 7000 villas. Alternatively, it can run 56000 electric cars for the whole year.

The  12 MW Solar Park Project Outside Linköping is a joint project by Infranode, Swedbank, Alight and Tekniska Verken I Linköping. Essentially, the project uses 30,000 solar panels on 13000-hectare land

As expected from four giant energy companies, the project gave rise to an estimated solar production of 12 MW. This is expected to provide sufficient energy for at least 36 apartments or 18 houses. On a good summer year, around 11.5 GW of power is expected annually.

This solar system is located on the roof of the largest building (warehouse) in Norvik Port. It covers a large area of 3600 hectares.

The project can provide a maximum power output of approximately 601 MW, and its annual production of solar energy projection is 560MW. Besides, this solar park is an idola so kraft design.

The Boras solar project will be located in Boras and cover a large area of 60000 square meters. It will generate solar energy of approximately 5 MW. Besides, NREP has invested its money to build significantly large solar farms in Sweden, hence an obvious success with this project as well.

The solar cells can produce 4 million kW of energy annually, enough to run 1800 electric cars. From this energy, the plant will contribute 2.6 million kilowatt-hours of power to the grid.

This solar park is located in Karls Krona, one of the sunniest cities in Sweden. Affärsverken built this park, and it can produce solar power of approximately 1.2 MW. The plan is to make it as large as possible to produce 6 MW.

Notably, this project is located on land that is not suitable for any other purpose.

The Verberg Norra Solar Power Plant is located on the Swedish west coast. Amazingly, it should produce solar power of approximately 4.8 MW in a day. Therefore, it is expected that this power plant will produce solar energy of roughly 5 500 MWh in a year.

After all, it consists of 9000 ground-mounted panels and covers three areas of 23000-meter squares.

In this solar project, a housing society in Vårgårda will be utterly dependent on sunlight. First, the blocks of the flats will soak up sunlight; then, the sunlight will be converted into solar energy.

On top of that, it will produce hydrogen through mechanical means, and the hydrogen will be converted into electricity. In any case, this project will be developed by Better Energy and Nilsson Energy.

This park is located in Högslätten, Sweden. It has a land area of 9246 square meters on an aperture area of 3000 square meters. The project has a capacity solar power of 1.5 MW, and it can deliver 1000 000 kWh heat annually.

The Sub-Saharan Solar Power Project is located in Sub-Saharan Africa. It can produce approximately 370MWh solar energy. Surprisingly, it is financed with an expert credit worth 560 million euros from the Swedish Export Credit Corporation, guaranteed by EKN and arranged by ING bank.

Since a significant part of the Sub-Saharan region experiences desert and tropical climatic conditions, the project is expected to be a huge milestone in the Swedish solar industry.

The good news is that the project will be completed by summer 2022, providing C02 neutral power to the airport operations. The plan to build a solar power plant at Stockholm Skavsta Airport is part of an international strategy called _Air Pact_.

Nya Solevi has definitely ranked as one of the giant solar farms in Sweden since 2020. It has produced about 5.1GWh of renewable solar energy just one year after its setup. This was only 7% less than the company’s target. Besides, it was already enough to take an electric car around the globe approximately 650 times.

When it was opened up to the public for subscription at the start of 2020, it garnered 850 solar panel subscriptions quickly.

Nya Solevi is open to subscription by private individuals, and with 850 solar panels already subscribed, the prospects are on the firm.

While it is not currently the top firm in Sweden, it was the first to indicate that solar energy was possible on a large scale.

Sweden is among the most determined countries as far as renewable energy goes, primarily solar energy. The country plans to adopt solar energy infrastructure entirely by 2040.

From the numerous projects and companies cropping up to embrace green energy, it is most likely than not that this dream is being actualized. The trends apparent in this article show just how committed the country is to the goal.