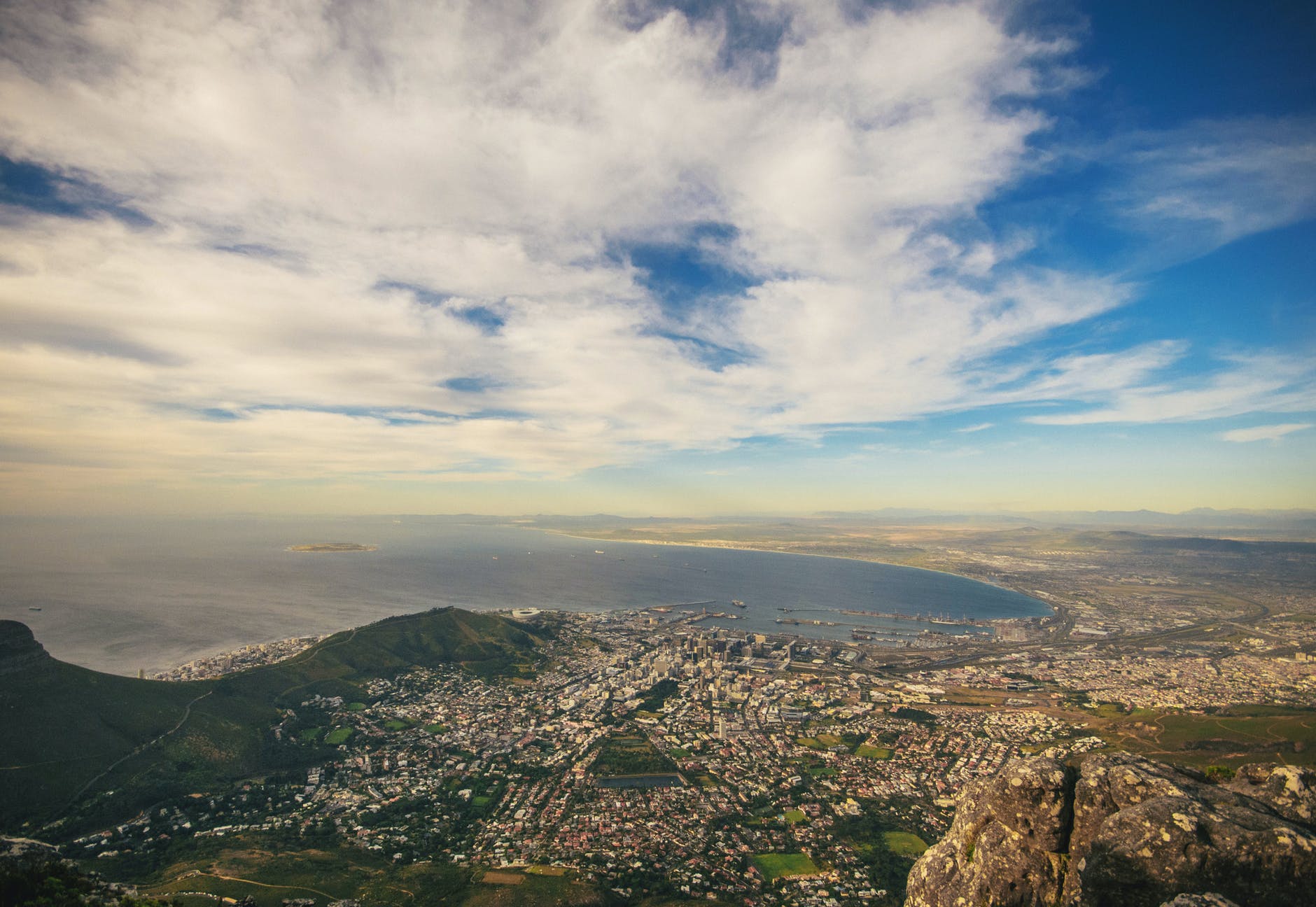 These have provided the resource-rich continent the opportunity to offer utility-scale electricity to the 600 million people who currently lack access to reliable power.

Well, South Africa has completed the building of a number of ambitious solar farms in recent years, contributing to the country’s burgeoning renewable energy sector.

It had over 1.5 gigawatts (GW) of installed capacity, and this figure is predicted to skyrocket to more than 8GW within the next decade.

There are more than 100 independent power producers in the Northern Cape region alone, with around 20 projects connected to the grid and a total capacity of 900MW.

Many diverse initiatives are already in the works around South Africa, and the number is anticipated to grow in the not-too-distant future.

Solar power technology will play an important role in South Africa’s shift to greener electricity generation due to the country’s year-round sunshine.

Let’s take a look at 15 inspiring projects, as well as the distinctive qualities of each, to get a sense of Africa’s solar power!

The De Aar project in the Northern Cape is the largest solar farm in South Africa and Sub-Saharan Africa.

The highest potential ­generating capacity of this photovoltaic (PV) solar project is 175MW.

Its project site, which spans 473 hectares of a 2,674-hectare farm, has more than half a million modules that convert sunlight into power.

The plant generates enough electricity to power 75,000 houses annually. It was built in two stages, the first of which was finished in August 2014.

The first phase of the project provided 85.26MW of producing capacity. A second phase, which provided an additional 90MW of power, was completed less than two years later. The project was completed in 28 months at a total cost of R4.8 billion.

The public-private partnership (PPP) project, which was completed in March 2015, provides sustainable energy to South Africa’s power provider Eskom under a 20-year power purchase agreement. Abengoa owns 51 percent of the project, while the IDC and KaXu Community Trust control 29 percent and 20 percent, respectively.

The KaXu Solar One power plant has the capacity to provide clean, green energy to 80,000 South African households.

The Jasper Solar Power Project is another solar farm in the Northern Cape. It is a 96MW plant with solar panel installation of 325,000 that has been operational since October 2014.

SolarReserve, an American business, built the facility for ZAR2.3 billion.

The facility generates 180 GWh of electricity per year, enough to power 80,000 South African homes, and offsets approximately 145,000 tons of CO2.

Jasper has a 20-year power purchase agreement (PPA) with Eskom, like many of the other solar projects mentioned.

Mulilo Prieska PV, which was finished in 2016, is another solar facility in the Northern Cape region, this time at Copperton, a former zinc mining town.

Mulilo also has a project called Mulilo Prieska PV that is of similar magnitude. The solar farm, which has a capacity of 75MW, was created in conjunction with organizations like Total and Sunpower, which provided engineering, procurement, and construction services.

Xina Solar One is a 100MW concentrated solar power (CSP) facility in Pofadder, South Africa, developed by Abengoa with a $880 million investment.

In September 2017, the plant began commercial operations. The CSP plant uses parabolic trough technology and has a thermal energy storage capacity of 5.5 hours.

The project is expected to produce around 400GWh of electricity, enough to power 95,000 homes while reducing CO2 emissions by 348,000 tons per year.

The Dreunberg Solar PV Park is a 75-megawatt solar power plant. It is situated in the Eastern Cape province of South Africa. Currently, the project is in progress.

It was created in a single phase. The project was commissioned in December 2014 once the construction was completed.

Scatec was in charge of the project’s development. Scatec and STANLIB are the current proprietors of the project, with 45 percent and 10.45 percent ownership stakes, respectively.

The project generates 156,000MWh of electricity and provides enough clean energy to power 38,000 homes, resulting in a CO2 reduction of 144,000t per year.

The Kalkbult solar power station is a 75MW facility in South Africa’s Northern Cape region. From January to September 2013, the factory was built in eight months and finished three months ahead of schedule.

It is owned by Scatec Solar, a Norwegian firm that, like Solar Capital, has a power purchase agreement with Eskom.

The facility creates 60 KW of clean energy and reduces evaporation from a nearby farm’s dam, allowing more area to be used for cultivation.

This research examined some of the most pressing sustainability concerns in agriculture and the economy today and attempted to identify answers.

The technology decreases the farm’s reliance on the electricity grid by providing clean, affordable energy while also minimizing evaporation and conserving water.

As a result, the company will save money in the long run, resulting in a business that is not just ecologically sustainable, but also financially sustainable.

In November 2018, SENER and its partners Emvelo and Cobra finished commissioning and testing the 100MW Ilanga-1 CSP plant.

Karoshoek Solar One (RF) Proprietary owns the plant, which is located at Karoshoek in the Northern Cape province of South Africa.

There are 266 SENERtrough loops in the Ilanga-1 CSP plant. The plant’s molten salt storage system provides five hours of thermal energy storage, allowing it to generate heat in the absence of solar radiation.

Over the next 20 years, the solar power plant is expected to deliver clean electricity to about 100,000 South African homes while reducing CO2 emissions by 90,000 tons.

The Lesedi Solar PV plant, with a capacity of 75 MV, is located near Kimberly in South Africa’s Northern Cape province.

The project generates around 150,000 MWh of renewable energy and serves virtually all of the area’s approximately 65,000 residents.

The project, which includes solar panel installation of 277,632 PV, is critical to the country’s goal of developing 8,400 MW of solar PV energy by 2030.

The South African Department of Energy (DOE) launched the project, together with the Lesedi PV facility, as part of the renewable energy independent power producer procurement process (REIPPPP).

Letsatsi is a 75MW solar photovoltaic power project in the Northern Cape region of South Africa, near Kimberly.

The Letsatsi plant began construction in February 2013, and commercial operations are planned to begin in mid-2014.

During its 25-year existence, it will generate roughly 100 to 250 construction jobs and 10 to 30 permanent operations and maintenance jobs.

With a capacity of 100MW, Kathu is South Africa’s largest solar park. The plant’s construction began in May 2016 and it entered commercial operation in January 2019, with a 30-year operational life.

The park is expected to cost $811 million (ZAR12 billion) and will reduce CO2 emissions by six million tons over the next 20 years.

It has strengthened its environmental credentials by launching a program to protect endangered and vulnerable plant species.

A total of 3,345 plants were rescued and transported to a safer location for growing as part of the initiative.

The Tom Burke solar power plant, which has a capacity of 66 MW and is located in South Africa’s Limpopo area, attained early generation and COD in August 2016.

Tom Burke is a 202-hectare solar farm that can produce 122 GWh per year while avoiding the release of nearly 111000 tons of CO2 into the atmosphere.

The plant entered its operations and maintenance (O&M) phase after reaching COD, delivering an average energy output of 350 to 360MWh per day.

This amount of energy is sufficient to power about 200 000 rural houses on a daily basis.

One of the greatest solar power facilities on the African continent is located in the dry region north of Cape Town, which leads to the Namibian desert.

Paleisheuwel Solar Park, which was built by Enel Green Power-TerniEnergia, spans 240 hectares. And it contains 611,000 solar panels capable of producing 153 gigawatts of electricity per year, which is distributed to over 48,000 families in the area.

It will be able to meet almost 40% of the country’s energy needs when combined with the Tom Burke PV project (described above). South Africa is mineral-rich, but its hydrocarbon resources are limited.

Electricity was almost exclusively obtained from coal-fired power plants and the country’s only nuclear power plant until recently, although production was barely enough to meet local demand.

With 319,600 photovoltaic panels and a peak capacity of 94.2 megawatts (74 MV nominal), Sishen’s solar modules would stretch for 327 kilometers if laid out in a straight line.

Apart from generating clean, sustainable electricity, the solar power plants also aid in the creation of jobs and are fostering economic development in the area.

During construction, they generated millions of man-hours, and the number of on-site construction jobs.

Several permanent and operational employment, as well as a number of indirect and induced ones are created.

These power plants put aside a percentage of total project income to support enterprise development and socio-economic development among local communities.

The aforementioned 15 of the many solar power projects are now underway in South Africa. While some are still in the planning stages, the major lesson is that energy companies are beginning to recognize the multiple advantages of solar power.

Because renewable energy cannot solve the problem of blackouts in the country caused by growing energy demand, proposals for additional coal power plants are being considered, as are plans to develop a nuclear facility.

The solar farm developments in South Africa, demonstrate that the country is well on its way to becoming a green energy powerhouse. Solar technology has never been more efficient or economical!