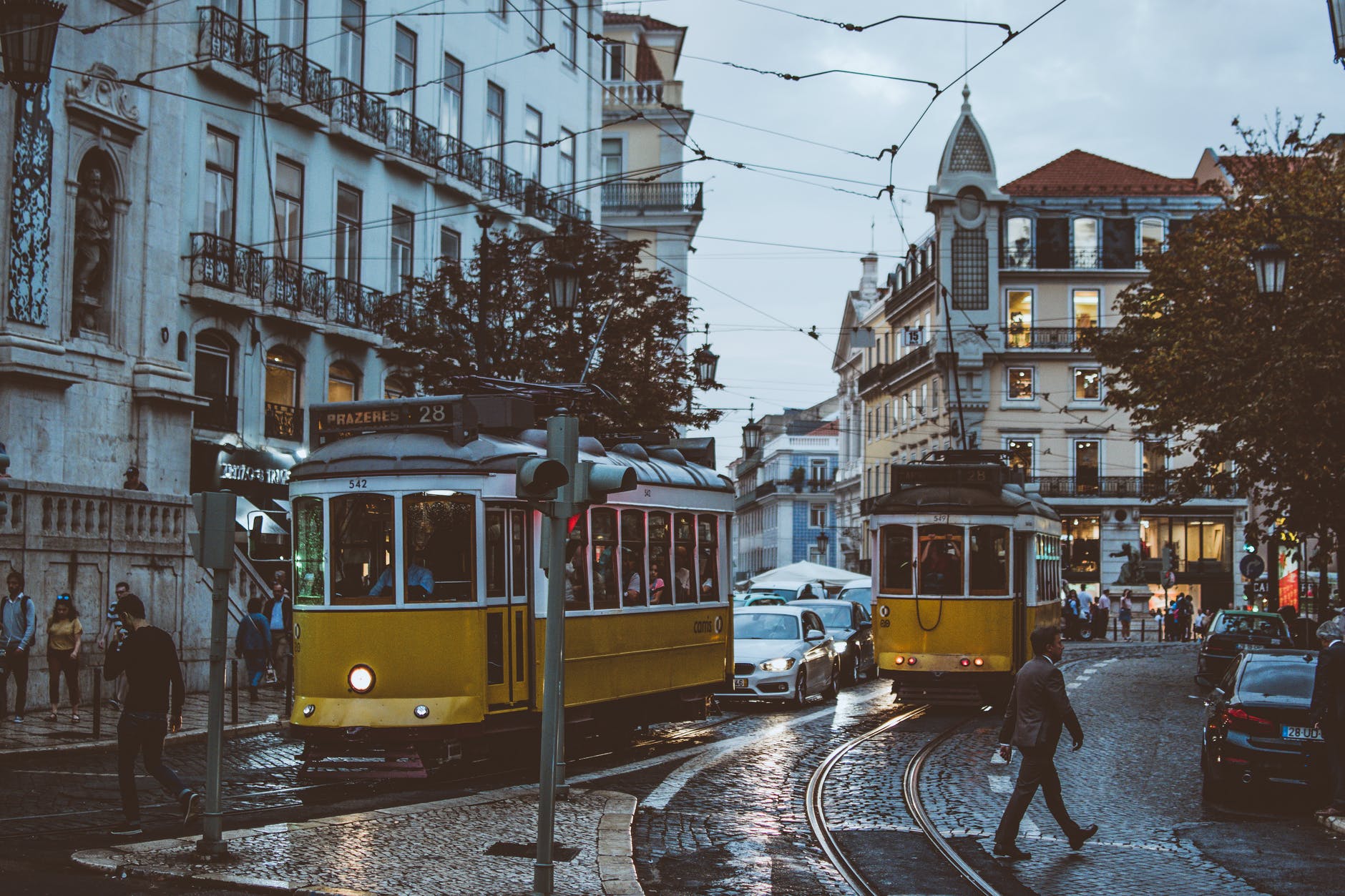 Governments around the world are ramping up their efforts in a bid to reduce the use of fossil fuels for the benefit of the environment – and solar power is among the alternatives with the greatest potential.

As it stands, there are a number of large and medium-scale solar “farms” in operation globally. Portugal has a particularly ambitious plane to overhaul its energy production, and is already home to a number of exciting projects to support this.

Between 2021 and 2030, the country plans to increase the energy it draws from Renewable Energy Sources (RES) to from 30.6% to 47% – with a goal of increasing the electricity produced this way to a huge 87% from its current 54%.

The country’s relatively sparse population provides a number of locations in which large ground-mounted solar farms may be developed – but that has not stopped the country from pursuing exciting projects on water, too.

Compiled by the home sales specialists over in the UK Property Solvers are twenty of the biggest solar projects currently operating in Portugal.

The Central Fotovoltaica Riccardo Totta, named after the father of the owner of the land on which it sits, is now Portugal’s largest photovoltaic plant, producing 219 Megawatts of power.

It was inaugurated in October 2021 and was developed by WElink Energy/Solara4 in partnership with China Triumph International Engineering Company.

Another ground mounted photovoltaic plant from the same partnership: WElink Energy and CTIEC, Ourika completed its development in 2018.

Producing 80,000 MWh/year and with some of the highest irradiation levels in Europe, the plant was strategically sold to Allianz insurance in October of its inaugural year.

This 2500 sqm floating solar panel platform on the Rabagão river has a capacity of around 220 kWp and an estimated annual production of approximately 300 MWh.

It was launched in late 2016 and demonstrates an exciting marriage between solar and hydro-generated power.

The project prevents over one hundred and ten thousand tonnes of carbon dioxide emission every year and produces more than 52 gigawatt hours of energy annually.

Launched way back in 2007 the Serpa or “Hércules” plant was funded by GE Energy Financial Services, designed by Powerlight and developed and managed by Catavento.

Located in the Alentejo region, it uses 52,000 photovoltaic modules to produce 11 megawatts of energy.

Fully operational as of December 2018, the Vale Matanças Solar Farm in Alcácer do Sal was developed by the Foresight Group.

The company plans to keep the farm in operation for 30 years, during which time it will produce 12 gigawatt-hours of electricity.

The first of a series of four solar energy plants connected to a major project run by Southern European firm Solaria, the Mendo Marco plant was inaugurated in May 2021 and is located in Alentejo.

This location produces 24.2 MW of green energy and, along with the other three plants developed by the organisation, will avoid the emission of over 690,000 tons of carbon dioxide.

The second in the impressive string of solar projects overseen by Solaria, the Monte Falcato plant in Alentejo was also inaugurated in May 2021. It produces 14.1 MW of solar energy.

The Herdade Canhoes solar power plant is yet another of Solaria’s projects, and also had its inauguration in May 2021. This location generates 13.7 MW of energy, combining with the production capacities of the other three sites to produce 64.1 MW of solar altogether.

The only Solaria solar project from the May 2021 inauguration that is not based in Alentejo, the Casais da Marmeleira plant can be found in Alenquer, less than an hour outside of Lisbon.

With a 12.1 MW capacity, the Casais da Marmeleira location completes this impressive foursome.

Another “older” solar project, the Amareleja plant from Acciona began operation in 2008. At the time, it was the largest to date, with its 2,520 solar trackers featuring 262,080 photovoltaic modules capable of 45.78 MWp and an average annual production of 93 GWh.

Of course, Portugal’s capacity for solar energy production does not end with the above projects. There is also an exciting array of upcoming projects that will launch throughout the 2020s.

Cement company Cimpor is due to install three new photovoltaic parks in Alhandra, Souselas and Loulé, with construction due for completion in 2021 – followed by a planned expansion leading up to 2025.

The plants will cover around 3.5 hectares of land each. Altogether, they will produce an estimated 4.5 gigawatts per hour, and the emission of 1,100 tonnes of carbon dioxide will be avoided annually as a result.

Another EDP photovoltaic dam project is heading for completion by the end of 2021 or the beginning of 2022 – following the success of the company’s Alto Rabagão plant.

The result of a partnership with Spanish company Isigenere and Corticeira Amorimsubholdings, the project will use floats made from cork and recycled plastic to bear over 11,000 solar panels measuring four hectares across the surface of the Alqueva reservoir.

The plant is predicted to produce 7.5 GWh annually.

This particular venture is being developed by Galp and overseen by Jayme da Costa and Visabeira. Based in the Municipality of Alcoutim, it is estimated to supply 250,000 MWh of electricity annually and avoid the emission of 75,000 tons of carbon dioxide.

An exciting and unusual project has been unveiled by Vinci Airports and SunMind; by 2022, Faro Airport will be the site of a brand new solar project.

This first ever in-airport plant is predicted to have a capacity of 3 MWp, which cover almost a third of the local city’s energy requirements.

The installation of 90,076 solar panels will begin this year in the Setúbal district of Palmela, with completion predicted in 2022.

The Quinta do Anjo plant, developed by NextEnergy Capital, is predicted to achieve 40.5 MWp and produce 71.3 gigawatt hours of energy annually.

August 2020 saw the Enel Green Power project – which focuses on the construction of a major solar plant in the Algarve – awarded the right to connect to the Portuguese national grid on completion.

It is predicted that the plant will have a combined solar and storage capacity of 99 MW.

A partnership between Lightsource BP of the UK and Indonesian organisation Insun will see the development of five solar plants over the next six years.

These projects will launch in the areas of Moura, Castelo Branco, Mogadouro, Chamusca, and Viseu, and are planned to have a capacity of around 1.35 gigawatts – as well as creating over 3,000 local jobs.

A winner in Portugal’s record-breaking photovoltaic procurement auction of 2019, the renewable energy company Aura Power is currently developing two solar projects – one in Quinta da Cortiça and another in Rio Maior.

As yet, there is no official completion date predicted.

Cercal Power has launched plans to build a major solar plant around a kilometer from Cercal do Alentejo. With panels covering 137.05 hectares and featuring 553,722 photovoltaic modules, the plant is predicted to produce 596,206-megawatt hours per year.

A bid from the Prosolia Energy company to build an even larger plant in nearby São Domingos e Vale de Água was recently rejected due to part of the National Ecological Reserve (REN) and the National Agricultural Reserve (RAN), home to over 1 million eucalyptus and cork trees.

This new local project is proving equally controversial – due in some part to the plant’s proximity to residential areas and farmland. No potential inauguration date has yet been published.

Portugal appears to have an exciting future as a major player in the global solar energy field, with numerous major projects already completed and several more exciting updates to come over the next decade.

With the European Commission aiming for a target of 40% renewable energy consumption by 2030, the country is undoubtedly doing its fair share.

One exciting matter to note is the potential savings available for Portuguese energy consumers, as a project developer’s world record low bid was accepted by the country’s government at a well-publicized auction in 2020.

This development – alongside the sheer number of projects that continue to be unveiled – suggests a great likelihood that Portugal will meet its RES targets by 2030.

It also bodes well for the wider global community that a country with a population of just over ten million can see such success in the field of renewable energy.