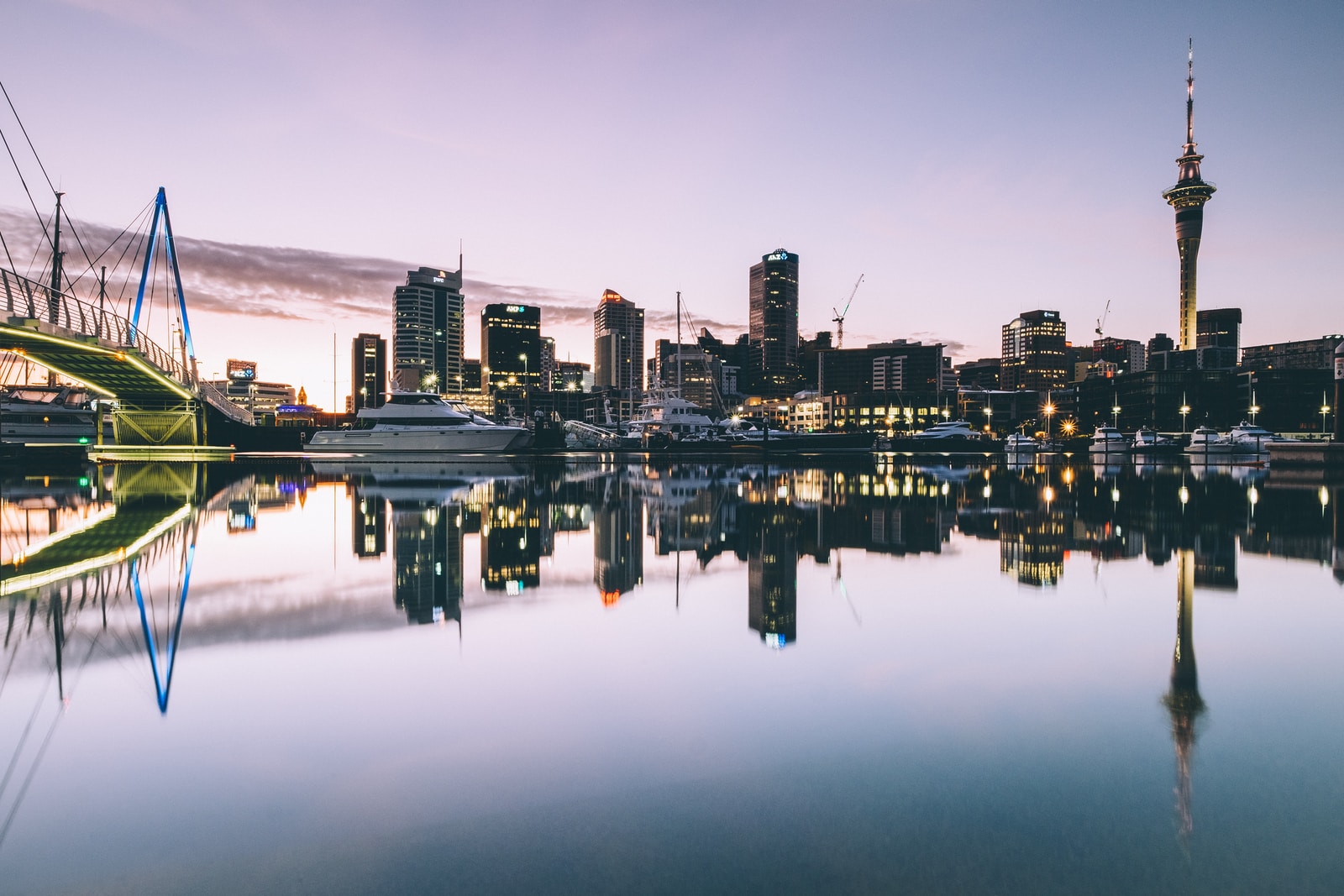 With the climate change bomb ticking, energy production and the efficiency of resources have become the major headlines. So, professionals in the industry rely upon green sources to bridge the gap between power supply and sustenance. Among other sources of clean renewable energy, a solar energy power generation plant has always topped the list of new start-ups in the field.

Now, you can set up a lucrative solar installation business to tap this abundant energy source in any corner of the planet. But, before that, it’s clever to research a bit about the market, your competitors, and the new technologies that have been launched.

The solar outlook in New Zealand

While it has been proved practical and even profitable to penetrate any geographical location with your solar company, a generously sunny area would manifest better returns to your establishment as well as the customers. Countries like New Zealand have a vast potential for growing into a solar giant with the 2000 hours of sunshine it receives every year.

A fleet of projects catering to the clean power generation demands have come up in the recent decades, and it will be a plus-point for any solar installation business to have some knowledge about them.

A project developed under the brand Sunergise, the Kapuni solar power plant is renowned for being the largest working grid-connected plant in New Zealand. Owned by the Todd Corporation, it boasts approximately 5800 photovoltaic panels that can power more than 500 homes at ground level.

Apart from residential colonies, the target customers of the company are commercial building owners across the country. They are working diligently to upscale the commercial installations and provide a sustainable source.

Lying close to the Wellington North Project is the Wellington solar farm in Wuuluman. The construction of this 200MW array was initiated in 2019 on a landmass spanning 316 hectares. The project, aimed at powering 44,000 homes, has already surpassed the planning & assessment stages and the developers claim that it will bring down the carbon footprint by 243,000 metric tonnes.

Developed by the famous company Meridian, the Maama Mai Solar Farm is a project that started with allied partners New Zealand and Tonga. It started fully operating in 2012 after the proposal was put forth in 2009.

Before the farm that produces 1.32 megawatts of electricity was set up, the area relied totally upon fossil fuels for the energy demands. Now, it shoulders approximately 4% of the total electricity produced there. What’s most amazing is that Tonga’s carbon emissions have come down by 2,000+ tonnes.

The Redoubt Road Reservoir near Auckland is part of the solar drive for the wastewater network. Watercare and Mercury Solar have together set a solar farm at the reservoir to power the pump and even added a Tesla Powerpack, that will deposit the surplus energy produced.

At night, this stored energy will be put to use and in turn, become independent of fossil fuels. The project manages to run the reservoir with a sustainable renewable source and even $20k per year.

While New Zealand currently owns only 140 MWp operating photovoltaic parks, Transpower, a state-owned transmission company, claims that it has the potential to reach the 4 GWp mark soon. So, to tap the high solar irradiation in New Zealand, and no issue of congestion, a joint project was launched by the UK solar company Hive Energy, and the developer Solar South West.

This project, which is named the 350 MW Joint Venture, aims to install 350 megawatt-photovoltaic panels and support the vision of the country’s government of completely renewable energy generation by the year 2030.

Aiming to light up approximately 3000 homes with clean energy, a solar farm in Pukenui is underway. A staggering $30 million budget has been allocated by the parent developer company, and the farm is expected to be fully operational by the end of 2021.

The project boasts a massive 12-hectare land cover and deploys 32,000 PV (photovoltaic) panels. Director, Richard Homewood, proudly exclaims that it was just a start to the journey which would transform New Zealand into a solar proficiency. The most significant upside is that the operation of the Pukenui solar farm will increase employment opportunities in the Far North and reduce the stress on the hydroelectric industry.

‘Foodstuffs’ is New Zealand’s largest grocery retailer, and they opened a new distribution center in North Island, near Auckland Airport. So, to reduce electricity expenses, the company decided to build the country’s largest panel roof farm (6,000 sq. meters) for producing solar energy. Moreover, this will have a simultaneous effect on the carbon footprint.

The 1.6MW solar array will consist of 2915 PV panels and will generate power comparable to the load of 213 new homes. Any surplus amount will be sold to the local supply system.

Launched by a solar installation company that goes by the same name, the Far North Solar Project is one of a kind on this list. It contends to bring forth a wave of solar power generation in New Zealand and encourages investors to become a part of the first wave through fundings.

The project initially started as an endeavor in the Far North but is now working pan country with high-quality PV panels. FNSR utilizes international tested technology to boost the efficiency of their farms, commercial and household installations.

Lake Rosedale, just off the shore of North Auckland, was full of wastewater that could be treated and utilized. So, the Auckland Council-controlled organization Watercare teamed up with the solar builder company Vector Powersmart to construct a 1-hectare floating solar array. The innovative plan soon received green signals from the authorities.

The company admitted that they faced quite a few challenges while constructing the four-sectioned array with 2700 panels. This pontoon structure, standing on 60 massive concrete anchors, will save the company about $150,000 per year and reduce carbon emissions by 145 tonnes.

Owned and operated by a family business based in Canterbury, the Wairau Valley Solar Farm deploys solar tracking panels. The parent company, Kea Energy has used these bifacial panels to scale up the energy production, rather than using more stationary panels.

These East-facing panels, move towards the West in the evenings, to align with the sun’s direction and reach its full capacity of 1.6 MW. The Wairau Valley farm in Marlborough, which is working since March 2021, is the country’s first to use the multi MW technology.

The Marsden Point oil refinery, owned by Refining NZ, has decided to go green by installing a solar farm on 31 hectares of their land. The project would cost them about $36-$39 million and supply 26 MW of renewable energy. The company believes their low carbon endeavor will be economically practical and reduce the costs incurred due to power consumption.

With a massive budget of $300 million and backing by the biggest solar company in New Zealand, Upper North Island is set to skyrocket in solar power generation. The vision of getting the country rid of awful amounts of carbon emissions pushed Lodestone Energy to develop a group of 5 solar farms to power the above-mentioned cities.

In the first wave, which will start with the Kaitāia Solar Farm, about 500,000 solar panels will be constructed on a land area encompassing 500 hectares. Interestingly, the power station, adopting an agro-voltaic approach, will allow agricultural and horticultural practices to continue around the infrastructure. Hence, not only will the local employment increase, but it will also preserve the existing economical practices.

According to Gary Holden, the managing director, this clubbed project will multiply New Zealand’s solar energy production eightfold by 2023/24.

The Kaitaia College solar project, launched at a ceremony in 2019, is the country’s largest solar installation in the educational sector. The school administration partnered up with the solar company SuperPower Technologies to reduce their dependence upon finite sources of energy and turn towards greener means.

Besides, the project aimed at spreading awareness among the faculty, students, and the community about resolving environmental issues. The 101 kWp, 368-panel rooftop system will rid the school of the power expenses with a positive cash flow, and long-term benefits.

Genesis Energy, New Zealand’s largest energy supplier, has set sights on the Northern Waikato region and announced a 300MW solar farm plan. The chairperson reported that not only is the project cost-effective but also giving tough competition to other solar developer giants.

While the Waikato solar farm is in the development stage, Genesis Energy has revealed its plans of operating without coal to reduce carbon emissions by the year 2025. With two other renewable energy projects active, the company aims to bring down the emissions by 550,000 tonnes per annum collectively.

To achieve the milestone of the first carbon-neutral airport in New Zealand to run completely on solar power, Hawke’s Bay Airport has come together with Centralines to sign a solar installation project. Planned to be fully operational by 2023, this is the country’s first solar venture to be built on airside land.

The 10MW commercial farm will be set up on unused land owned by the Napier airport and will generate enough power for their functioning as well as export into the local system.

The Pukekohe Treatment Plant operates a pump station that sends polluted local water to a treatment plant. Now, the pump is electrically powered but incurred a lot of expenses as well as carbon pollutants. So, to mend the situation, the plant established a joint venture with Watercare and set up a 122kW ground-mounted array.

The design is one of a kind and can produce 170-megawatt hours of energy per annum. Aiming for a net-zero carbon footprint by 2050, the solar project consists of 400 305W photovoltaic panels.

To sum it up, the energy landscape and the solar industry in New Zealand are on the rise. It will further boom with new projects coming up rapidly. So, investing in a solar farm can reap ridiculous profits as drying up of the market is certainly off the charts for now.