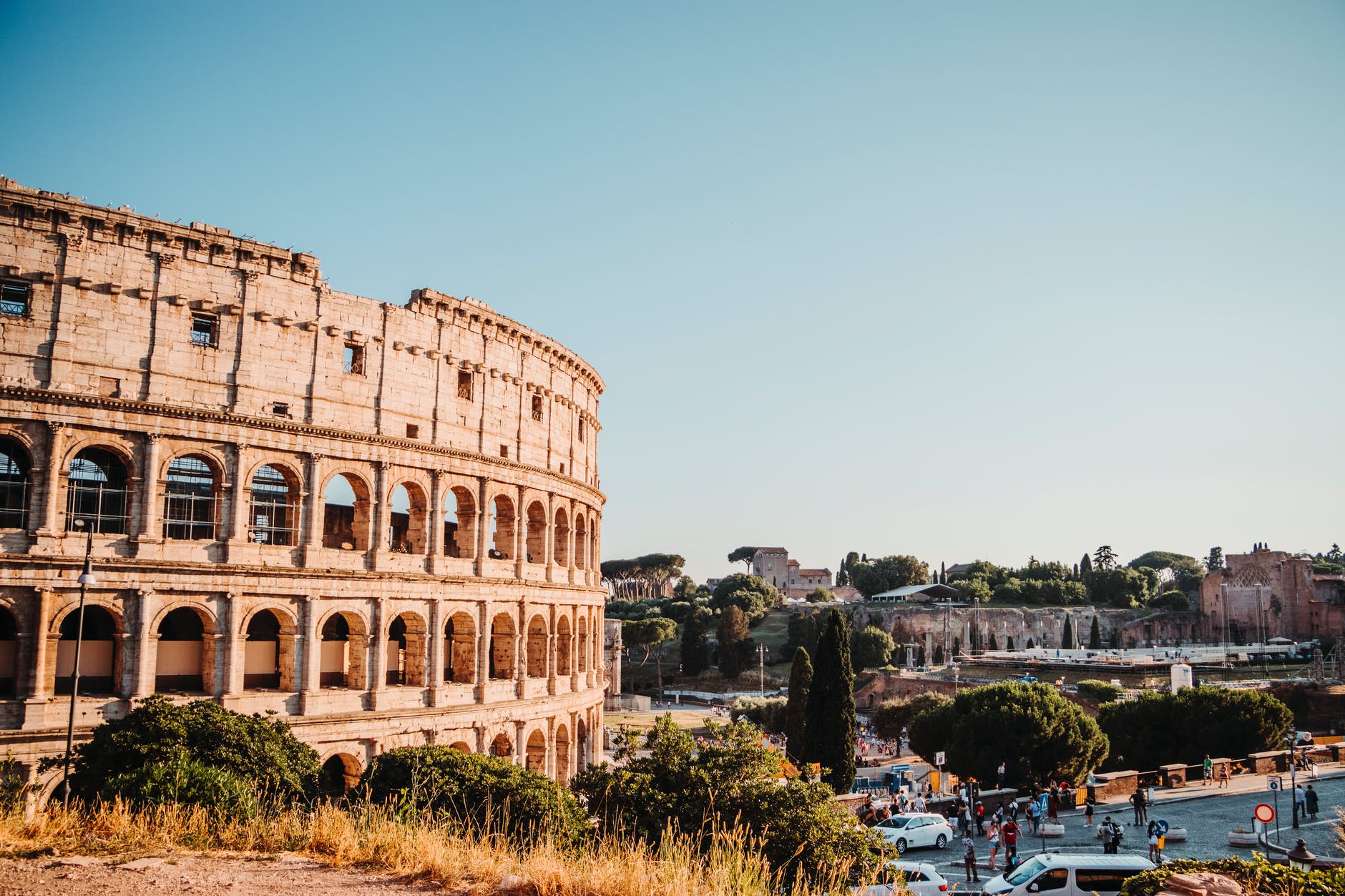 Italy stood out during the first years of the new Millennium as it established itself as the third European country to experience a boom in solar project development, right after Spain and Germany. Everything started in 2005 when the “Conto Energia” program was launched. It offered the support of the government to develop renewable power.

More and more companies are getting involved in the solar power production of the country. For instance, in August 2021, BEE (Blue Elephant Energy) signed a development and land use agreement with several landowners with the purpose of having access to 156 hectares to develop solar power plant projects in Sicily, Italy, with ready-to-build status expected to be reached in 2022. And such deals keep popping up in the media every month.

While thousands of solar power projects exist in Italy right now, the biggest ones that should be mentioned are the following.

European Energy built the Troia Solar farm in Apulia, close to Foggia. The plant is operational from 2020 and has a capacity of 103 MW. As a part of the fifth Conto Energia, Troia is set to receive special tariffs for twenty years. This power plant is solely responsible for reducing CO2 emissions by over 80,000 tons per year.

This power plant was built in Veneto, Italy, by SunEdison Renewable Energy. The electric company is affiliated with MEMC Electronic Materials and is running the plant. Although officially operational and launched in November 2010, its output is still impressive at 70 MW. This means the SunEdison Photovoltaic Power Plant reduces CO2 emissions by over 40,000 tons per year.

The Montalto di Castro, Viterbo PV power plant has an output of 84.2 MW. It is built by independent developer SunRay, which was eventually acquired by SunPower. The project did go through numerous development phases. The first one had a capacity of just 24 MWAC and was ready in 2009. After 2010, the power plant reached a development of over 276,000 solar modules and an annual output of 140 GWh.

The photovoltaic power plant is located to the west of Rovigo and when it was opened in November 2010, it stood out as the biggest European single-operating photovoltaic plant. The project was completed under the ownership of SunEdison and the location is also known under the name San Bellino PV, with Isolux Corsan being responsible for the actual construction. First Reserve bought everything from SunEdison in October 2010 for $382 million. The power plant covers 85 hectares and has a capacity of 70.6 MW.

The 48 MW PV plant is located in Canaro, which is in Northeast Italy. In order to meet a more beneficial FIT rate, construction was shortened. As a result, the plant was launched in 2011 and covers 150 hectares. In 2012, the original owner, S.A.G. Solarstrom AG decided to sell the solar park. This deal was picked up by BNP Clean Energy Partners.

Just as the name implies, the solar park is located close to Cellino San Marco. It uses 600,000 solar modules and has a nameplate capacity of 42.692 MW. The park covers an area of 101 hectares and is owned by AES Solar Energy. It was commissioned in 2010 and its construction cost 203 million EUR. The annual net output of Cellino San Marco Solar Park is 56 GWh.

The Alfonsine Solar Park is located in Northern Italy, close to Alfonsine. It is a flat-panel PV with an output of 36.2 MW and was built on a land plot of 65 hectares. The construction cost 85 million EUR and was finished in 2010.

The 34.63 MW flat-panel PV power plant was constructed in 2010 and is located in Emilia-Romagna. It was created as a more complex clean energy project, being combined with a dairy farm. Its original design included sheep breeding support. Sant’Alberto Solar Park was built to take care of and manage pastures while focusing on local milking. Right now, there are over 1,000 sheep in the park. They produce 180,000 liters of milk per year.

Su Scioffu is a very large installation of PV cells on greenhouse roofs located in Sardinia. The installed capacity is 20 MW, which is enough to cover how much electricity 10,000 homes need. Over 84,000 polycrystalline Trina Solar modules are used and installed on 100,000 square meters of greenhouse roofing. The PV park reduces CO2 emissions by almost 25,000 tons and building land is not occupied. 134 greenhouses were connected in only 4 months and were developed with the financial support of General Electric and Moser Baer Clean Energy Limited for EPS GES Global Energy Services.

The Solare Roma Power Plant was built in Anguillara, a Rome province, and features 13 MW of solar power energy available for the current owner, Allianz Renewable Energy Partners IV Ltd. The project was built and designed by SunPower, which still offers maintenance and operations services.

The Anguillara PV power plant has an output of 15 MW and was completed in 2010. It is another power plant designed and developed by SunPower.

In 2010, Enel Produzione SpA finished work on a CSP (Concentrated Solar Power) plant close to a thermal power plant it owned in Priolo Gargallo, Syracuse, Italy. The plant was called Archimede and was connected to the plant to form the larger 700 MW solar- and gas-powered plant Priolo Gargallo Power Station. It features two units, one capable of offering 360 MW and the other offering 340 MW. However, the actual solar power capacity is 12.6 MW.

ContourGlobal was responsible for a part of the growth of solar power energy use in Italy. Between 2007 and 2013, the company developed 18 PV solar energy plants. They sum up to a 65 MW capacity. All are operational and connected to the national electricity grid.

The largest PV plant of Solar Italy is Sabaudia, with a 6 MW capacity. As the output is sold to the Italian national grid, thanks to government incentives, a feed-in fixed-price tariff is available for 20 years.

Located in Friuli-Venezia Giulia and finished in 2010, the PV plant has a capacity of 11 MW. It covers an area of 23 hectares, out of which 17 are covered by solar panels made out of 31,320 multi-crystalline modules.

The Loreo PV Power Plant is owned by EDF renewables and was built in 2010. Its capacity is of 12.6 MW and is located in Veneto.

Located in Basilicata, the 2010 built Craco PV Power Plant has a capacity of 12 MW.

Owned by IBC Solar, the power plant has a capacity of 9.7 MW.

Finished in 2010 the Sicily located Ragusa PV Power Plant has a capacity of 8.4 MW.

In the first quarter of 2021, Italy installed 152 MW extra PV, which is 35 MW more than during the same period of 2020. The cumulative capacity of the country actually went over 22.1 GW at the beginning of April. The country keeps seeing several new solar power projects being planned but in the past few years, some regulatory difficulties appeared. Developers have to deal with stricter rules for PV power plant construction.

Even with the difficult regulatory framework, two new large power plants are being planned right now:

Both of these will be located in Sicily and would make the top of the largest PV plants in Italy. The huge 700 MW solar park planned by Steag would become the largest of its kind in the country, surpassing the Troia Solar Farm. Construction is expected to start in the later parts of 2021, with the plant being connected to the grid in 2022.

Besides the large PV projects we see planned in Italy, it is important to note that the growth seen in Q1 of 2021 was in large part due to PV projects of a capacity under 1 MW. This summed up to 145.4 MW, with solar parks with a capacity of over 1 MW only being 6.6 MW of the Q1 total. The reason for this is the huge success in Italy of rooftop PV. The government offered 110% fiscal breaks for all rooftop photovoltaic projects seen in building renovations.

As already mentioned, Italy tries to reach a capacity of 50 GW for its power network by the year 2030. This year, at the beginning of April, Italy went over the solar capacity level of 22.1 GW.

Solar power use in Italy keeps growing. In 2013, just 7% of all solar power generated in the country was solar. But even so, this made Italy the number one country in the world. In 2017, we saw an increase of up to 8%, but Italy was surpassed by Germany in capacity. Right now, sun energy leads to the production of 26% of the renewable energy in Italy. And Italians have shown their support for renewable energy sources.

The growth of the Italian solar power sector is now being dictated by the following major solar companies:

Right now, the entire country is covered in one way or another by solar power projects. Puglia stands out as the region with the largest solar PV capacity, with 2.85 GW. The second ranked is Lombardy, which in 2020 showed the installed solar capacity of 2.5 GW.

Solar power use is just a part of what is currently available in Italy in terms of renewable energy development. For instance, Italy does have several CSP (concentrated solar power) projects. And although current regulatory benefits are mainly aimed at helping the smaller-scale operations, larger projects are still being planned because of the high acceptance rate of the population to use solar power (over 80%).