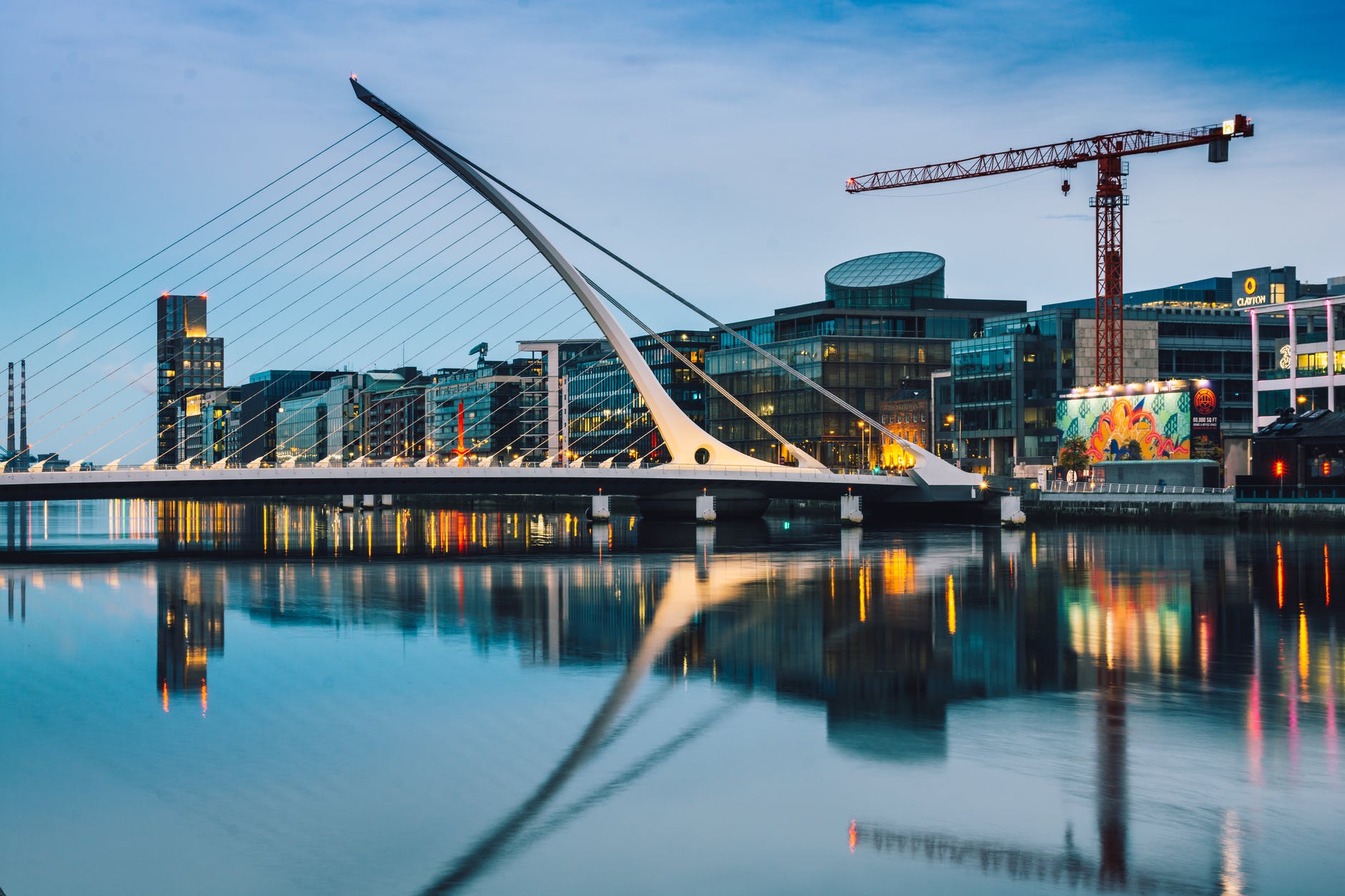 Many have thought in previous years that Ireland doesn’t have a suitable climate for conducting solar projects, given the abundance of rain and grey skies.  The fact is, however, is that solar panels can work almost anywhere, even somewhere as rainy as Ireland.It is estimated that up to five percent of the total demand for electricity throughout Ireland will be provided through solar power by the year 2022. Although this may not seem overly impressive, it should be noted that it equates to over 1,500 megawatts of energy. So, it only stands to reason that many businesses are keen to become involved within such a burgeoning sector.

There are many different projects already underway throughout Ireland and this number is expected to increase in the not-so-distant future. Let us take a look at 20 impressive ventures as well as the unique aspects of each to obtain a notion of where we are headed.

Overseen by the firm Statkraft, this represents one of the largest ongoing solar projects in Ireland. When completed, this massive array of panels is expected to generate enough energy to power up to 40,000 homes. Local communities should likewise be provided with more than 40,000 euros in financial initiatives.

The Octopus Renewables Infrastructure Trust (ORIT) has recently purchased a total of four solar farms from the Norwegian firm Statkraft. Found close to the outskirts of Dublin, these farms are predicted to be able to generate 250 megawatts of power once construction has been completed. It is thought that the farms will become operational by the latter half of 2022.

The company Highfield Solar has announced that it soon begin two large solar power projects within Ireland. Valued at 160 million euros, the farms themselves are said to be located in the towns of Heath and Wexford. Each site should be able to produce 141 megawatts of power and both are expected to begin supplying power in 2022. It is hoped such initiatives will help Ireland meet its target of producing 70 percent of its electricity via solar power by the year 2030.

This Irish-based company was pleased to announce that it will soon begin construction on a solar farm located near the town of Ballinknockane. Expected to generate as much as 50 megawatts of power upon completion, this project should benefit communities throughout Golwane and indeed, Country Kerry itself.

This next solar farm was originally conceived by Lightsource Ireland. However, it was subsequently sold to Statkraft in 2020. The farm is located in Co. Meath and it is already capable of producing 52 megawatts of power. It is important to note that this is one of a series of solar farms which have recently been purchased by Statkraft. Although planning and permission have already been obtained, obstruction has not yet begun.

The Blusheens Solar Farm and the nearby Curraghmartin Solar Park are both owned by Wexford Solar Limited. The former is expected to provide 7.8 megawatts of power while the latter should be able to produce an additional 3.99 megawatts.

This is another impressive project which was conceived by a partnership between Entrust Ltd. and Island Green Power. Capable of offering up to 20 megawatts of power to local communities, it was first opposed by residents due to glare from the solar panels themselves. Pager Power provided third-party assistance in order to reduce this glare so that it would not be seen from the nearby motorway.

This solar farm is currently an ongoing project of Enerco. Although construction has not yet begun, it is thought that eight megawatts of power or more may be able to be generated.

As many as 20 solar farms are expected to be developed across Munster; allowing this region to become one of the foremost producers of photovoltaic energy in Ireland. Furthermore, this ensures that nearby residents will enjoy fixed energy prices for the next 16 years. Cork-based Amaranco obtained eight out of the 20 total contracts. Each site is said to have a maximum capacity of 0.5 megawatts.

Waterford-based Enerpower has undertaken a project involving a rooftop solar array. It is said to be the largest of its kind in Ireland and it should be able to supply 1.5 megawatts of power. No fewer than 4,420 solar panels have been installed and they are currently located atop the Sam Denningan distribution center in Dublin.

This next project involves a joint venture between Enerpower and pharmaceutical provider Eli Lilly. Some state that it is slated to become one of the largest solar farms in Ireland when completed. 12,600 solar panels will provide a total of 5.6 megawatts of power to local consumers. This may help Lilly to reduce its carbon emissions by as much as 2,350 tonnes per year.

This next project is found within County Kildare and is associated with the international conglomerate Lidl. 4,364 solar panels have been placed atop a large distribution center; helping to dramatically reduce its overall carbon footprint while simultaneously contributing excess electricity directly back into the grid.

This independent power company is currently in the process of purchasing properties intended to be used as solar farms throughout Ireland. It is interested in those who may own more than 50 acres of land and many hope that other independent firms will begin to take a similar interest in renewable forms of energy. Several ventures were being examined at the time that this article was written.

This is one of several projects which were awarded by the RESS (Renewable Energy support Scheme (RESS) in 2020. Amaranco Solar Mallow was granted the Crossfield Solar Project. The farm itself is slated to be constructed in County Cork. Upon completion, it is thought that as much as 4.95 megawatts of power will be generated.

This project was originally presented to Sunrise Energy Limited in late 2020. They were then approved to begin provisional planning associated with the St. Johns Sweetfarm located in Tomnalosset. Executives claim that as much as 15 megawatts of renewable energy will be produced by this plant once it begins operating to its full capacity.

While smaller in scale when compared to some of the other projects which have already been mentioned, this venture is still worth noting. Grian PV Limited was recently awarded the rights to begin work on the Horsepasture Solar Farm. Located in the province of Munster, this farm is predicted to offer eight megawatts of power.

This next company was awarded a project of the same name by the RESS scheme (mentioned in a previous section). Upon completion, it is thought that the Keiloge Solar Farm will be capable of producing up to 3.95 megawatts of power to nearby communities. This is excellent news for consumers who are keen to embrace cleaner forms of electricity that do not require the use of fossil fuels.

This next solar park is located in County Meath. Obtained by Stamullen Solar Limited, these panels are expected to generate just under four megawatts of total power. While construction has not yet begun, both preliminary planning and permission have already been obtained.

Bnrgn Millvale successfully bid upon this project that is located in Country Armagh. Dubbed the Millvale North PV farm, experts predict that it will be able to generate up to eight megawatts of power when it is finally completed.

This project is thought to represent one of the largest ongoing solar wind farms within Ireland. Found within County Meath, the Gillinstown Solar Farm should be capable of offering a staggering 95 megawatts of power once it is completed. Dullarbtons Limited successfully bid on this venture and the farm is one of two additional nearby projects which should benefit local communities.

Please note that these are only 20 of the numerous solar power projects which are currently taking place across Ireland. While some are not yet physically underway, the main takeaway point is that energy producers are now appreciating the numerous benefits of solar power.

It is also interesting to note that smaller distributors are likewise becoming involved to a greater extent. Therefore, we should fully expect the amount of electricity generated by photovoltaics to increase over the coming years. This is excellent news for consumers, as they will be able to reap the benefits of clean energy solutions. It is also important for Ireland as a whole if it expects to meet its 2030 obligations.

Solar technology is more efficient and affordable than ever before. Although Ireland may not enjoy as much sun when compared to other regions of the European Union, the fact of the matter is that innovation will provide impressive results. Ireland should therefore enjoy a much cleaner and greener future.

This article was written by Martin Desmond of  Wizer Energy. Martin and his team provide comprehensive Domestic and Commercial PV Systems installation services across Ireland.