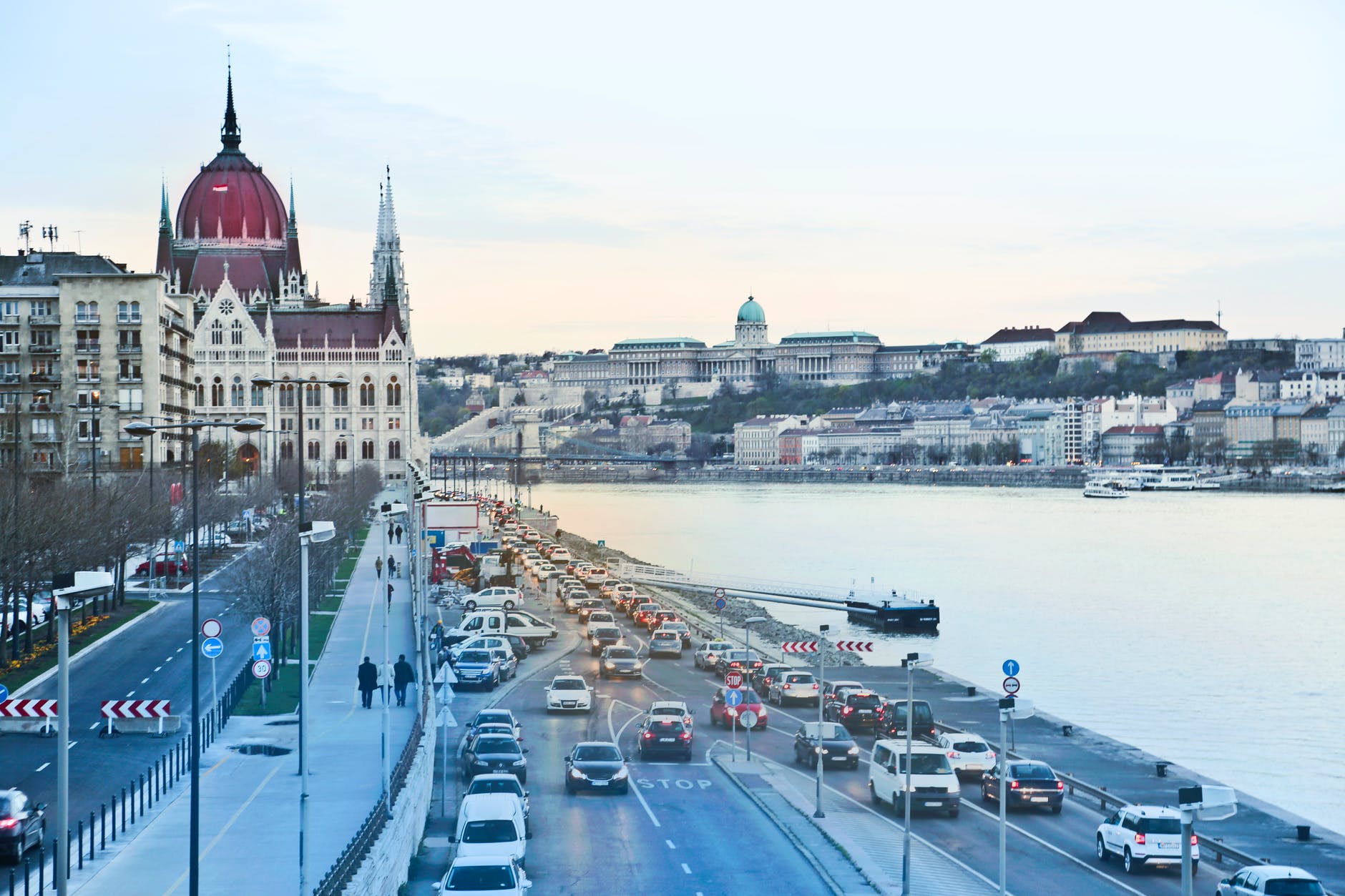 Although Hungary came to solar energy later than most of the European Union, it’s proving enthusiastic and willing to push to meet the same goals as previously outlined by the EU. If you’re interested in learning about the 10 biggest solar farms in Hungary, read on to find them ranked in order of highest to lowest capacity for producing electricity.

The internet places anything you need to know at your fingertips, and Hungary’s exciting changes to its energy programs are no exception. Websites like List Solar make it easy for anyone to research available photovoltaic technologies, promising stock options, and solar projects worldwide.

Numerous Hungarian news sites have extensive coverage on solar energy projects in the nation, as do investment and business news sites worldwide. I was able to find academic research in scholarly articles assessing the 10 biggest solar projects in Hungary and their anticipated growth.

Eight of the solar farms discussed in this article were established or began construction in the last four years. The other two, the Mátra Solar Power Plant near Visonta and Pécs Solar Park, were built in 2015 and 2016, respectively. Hungary’s advancements in its solar energy program are evident in how quickly the highest capacity solar power plants have been outdone by newer plants, as shown throughout the article.

Hungary is currently experiencing rapid advances in solar power. The cost of importing supplies has slowed it, but experts in the field are interested in developing their supplies locally to lower costs and create jobs. There are plans to open a factory dedicated to building solar panels in Northern Hungary, representing an investment of 18.9 billion forints (nearly 6,000,000 USD).

This new rapid growth can be attributed to Hungary choosing to follow in the footsteps of the European Union, which hopes to have 30+ percent renewable energy by 2030. Residents of Hungary have also begun taking advantage of government programs and loans that help with home improvements like solar panels, which significantly adds to the potential for solar power growth.

Solar power has unique potential in Hungary, where 1950 – 2150 sunny hours offer the potential for 1,200 kWh/m2 per year, greater than numerous other European nations. Other renewable energy solutions, like hydroelectric power, are less viable in the area. Geothermal energy is more feasible but will require more significant investment and work to establish. These factors make solar uniquely desirable with Hungary’s current options.

Table of Contents: From Kaba to Pécs

Hungary has exploded onto the solar power scene in recent years, following ambitious goals that are helping to align them with the rest of the EU. With the help of foreign investors and EU subsidies, Hungary has made leaps and bounds since 2015. Continue reading to learn more about the 10 biggest solar farms in Hungary that have sprung from their determination and the market that has supported them.

Kaba Solar Park covers nearly 70 hectares (just over a quarter of a square mile) in Kaba and takes the place of a long-dormant industrial property. It uses 97,000 solar panels and can produce 43 MW, making it capable of producing around 619,200,000 units of power every year and powering over 23,000 homes. Kaba was established in 2020, and experts expect it to last more than 25 years.

Gábor Molnár is the Managing Director of the Kaba Solar Park and MET Asset Management’s Head of Renewables Business Development. Molnár stated, “We are continuously looking for areas that are not being utilized for other industrial activities…to provide mutual value for the parties involved by way of an energy industry investment project.”

Also created in 2020, Kapuvár Solar Park was the largest solar project in Hungary until Kaba was established, with a capacity of 25 MW. It’s built on an out-of-use industrial site near the state of Kapuvár, covering 220,000 square meters (only 0.08 square miles), and will power over 10,000 homes. In its 25 year lifespan, experts estimate that it will serve over 30,000 individuals!

Enlight Renewable Energy, an Israeli listed group that has been purchasing solar projects throughout Hungary, owns Kapuvár Solar Park. It was developed, constructed, and is maintained and operated by BNRG.

Paks Solar Park has a capacity of 20.6 MW and covers 50 hectares (almost .2 miles) near the Paks nuclear power plant. The Secretary of State for Energy and Climate Policy, Péter Kaderják, said that this also made Paks the center of renewable energies in Hungary, on top of nuclear energy production.

The Hungarian Electricity Works (MVM) energy group constructed it, funding 65% of it and utilizing EU subsidies to cover the remainder. Like Kapuvár Solar Park, Paks Solar Park took the title of the largest solar project in Hungary during its establishment in 2019. Annually it is capable of providing electricity for roughly 8,500 homes.

In fourth place, we have the twin Mátra Solar Power Plants in Bükkábrány and Halmajugra that were established in 2019. Their combined capacity is 36 MW, and they can power more than 30,000 homes. MVM is a state-owned energy group that built the Mátra Solar Power Plants. They have plans to expand to a capacity of 420 MW. Once implemented, their plans will allow them to continue achieving the goals they’ve outlined for renewable energy.

These plans include phasing out lignite and gas energy sources as solar plants begin to cover the area’s pre-existing needs. The Mátra Solar Power Plants have a long way to go before they can replace their predecessors. Together, the three sources have a capacity of 950 MW, second in Hungary only to the Paks Nuclear Power plant. MVM intends to utilize EU subsidies to help cover the conversion costs for a cleaner energy plant.

MVM emphasizes the importance of the Mátra Power Plant’s transition from lignite and gas energy creation to solar on its website. To MVM, it’s more than simply moving away from carbon positive energy sources; and notes that it will help Hungary to become less dependent on energy imports in the future.

Felsőzsolca Solar Park sits on 45 hectares (approximately 0.17 square miles), and construction finished in 2018. At the time it was built, it was the largest solar project in the country. MVM owns it, and it was the first major solar project by the energy group. They financed 65% of it and utilized support from the EU to cover the rest. It cost nearly 9 billion Hungarian forints (around 32 million USD).

Duna Solar Park is located in Central Hungary in Pest County, near Százhalombatta, and is the largest solar project in the region. Like Kaba Solar Park, the MET group built it, and together the two solar projects have a capacity of over 50 MW.

Szügy Solar Park is only one small part of a larger solar project of 165 solar parks being built across Hungary. Collectively, the project will provide electricity to over 50,000 households.

The Mátra Solar Power Plant in Visonta was completed in 2015, and it spans 30 hectares (around 0.12 square miles). Its total capacity is 16 MW, allowing it to power 9,000 homes. Until 2019, it was the second-largest solar power project in Hungary. It cost nearly 6.5 billion Hungarian forints (almost 20 million USD) and utilizes around 72,500 solar panels.

Until 2019, it was the third-largest solar plant in Hungary and the second largest in the region. Built near Visonta, Mátra Solar Power Plant is in Heves County in north-eastern Hungary.

Construction concluded at Tiszaszőlős Solar Park in 2019. With nearly 40,000 solar panels, it has a capacity of 11.6 MW. It is near the village of Tiszaszőlős, from which it takes its name. There is little information available on this small solar park, though many lovely aerial photos exist.

Pécs Solar Park has the lowest capacity of the solar projects, with a 10 MW cap, discussed in this article, and the second oldest by a year, having been built in 2016. Until 2019, it was the fourth-largest solar farm in Hungary and the largest in the region of Southern Transdanubia. It consists of roughly 38,000 solar panels and cost between 3.5 and 4 billion Hungarian forints (a little over 10,000,000USD) to complete.

At the time of construction, Pécs Solar Park was one-eightieth the size of what was then the world’s largest solar park, located in Topaz, California.

The Future of Solar in Hungary

Hungary reported a leap in solar power production from 0.5% in 2016 to 4% in 2019, and these numbers are steadily rising. With nearly a quarter of Hungary’s energy consumption still being imported and the majority of what Hungary produces still being dependent on fossil fuels, there is plenty of room for the industry to continue growing.

The rapid growth of solar power in Hungary shows no sign of slowing in the coming years. As the costs of solar panels continue to drop, significant players are hitting the market to help Hungary achieve its goals of tripling its solar power capacity by 2035 and achieving carbon-neutral energy creation by 2050.

Investors worldwide are funding these ventures, anticipating a safe turnaround on investment within the next decade and a half. The recent market change from a fixed feed-in tariff system to competitive market-based pricing (METÁR) has received credit for adding hundreds of megawatts of solar energy capacity every year. Regulations against wind farms make solar power an even safer investment.

State-owned energy groups and private corporations are only the beginning, as estimations predict that 200,000 Hungarian homes will have solar panels mounted by 2035. During one year of the pandemic, household solar panels have added up to almost a third of what the Paks Power Plant, both nuclear and solar, produces.

Distributors anticipate solar demand to triple in the coming years. Keep an eye on this market and consider investing to be a part of Hungary’s future.