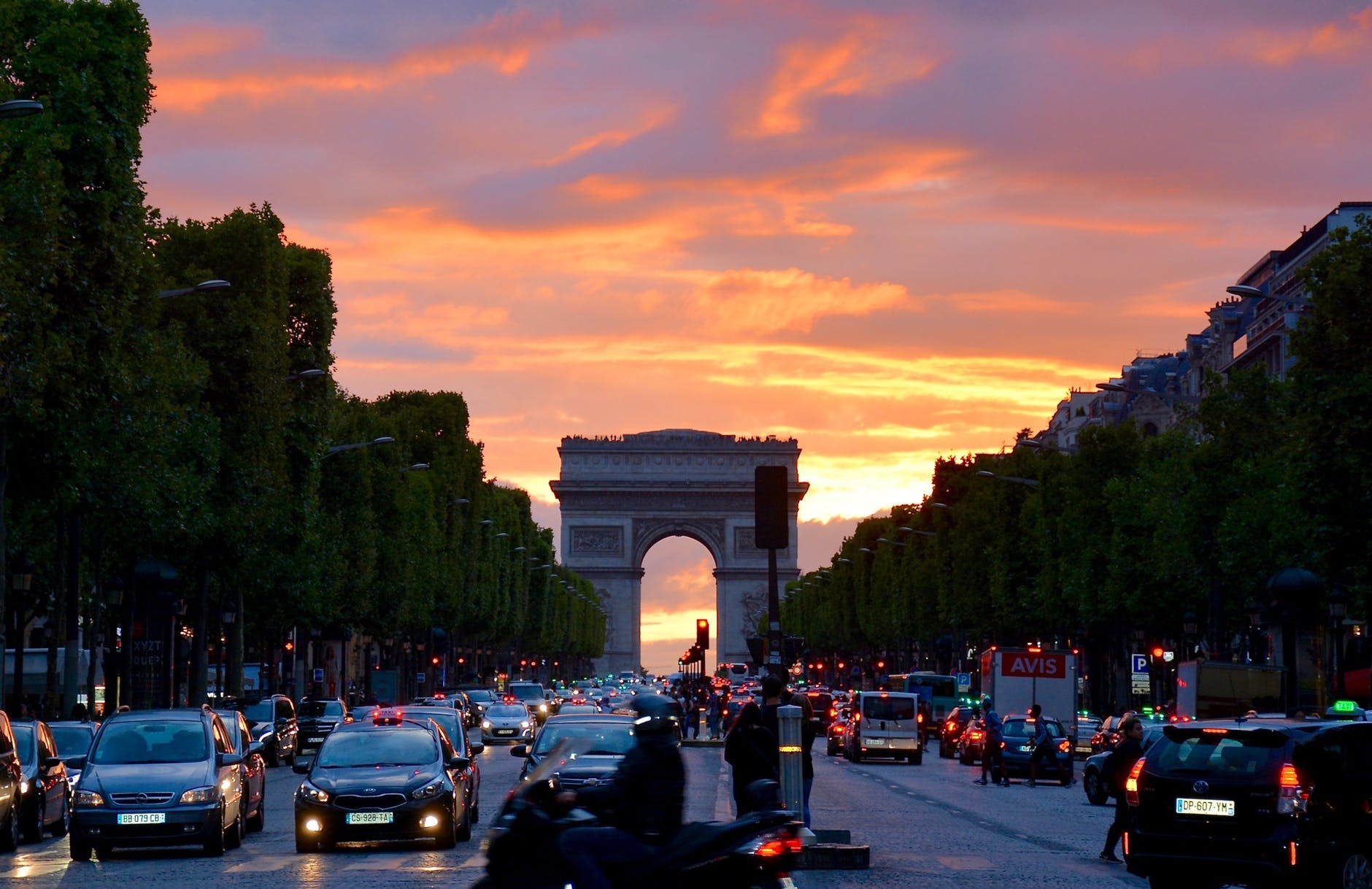 France leads most of the European Union in installed solar capacity, and is home to some of the largest solar projects in Europe. The country boasted an impressive 10.9 GW of installed solar power in 2020, but it is well on track to meet its ambitious goals of acquiring 20 GW of solar capacity by 2023, as well as sourcing 40% of all generated electricity from solar power by 2040.

While residential solar PV is by no means a small market in France, most of the country’s solar capacity is derived from large-scale solar utility projects. We’ll be taking a close look at 15 of the most significant solar power farms in France below.

Built by French renewable energy giant Neon, the Cestas Solar Park is France’s largest operational solar project at the moment with an enormous 300 MW of total solar capacity. Construction on the park began in late 2014 in Cestas, near the French border with Portugal, and the park came online in December 2015. At the time of its completion, the Cestas Solar Park was also the single largest solar plant in Europe, though it has since lost that title to the newer Nunez de Balboa and Mula plants in Spain.

The park’s 983,000 solar modules were supplied from manufacturers Yingli, Trina and Canadian Solar, and a total of €360 million was invested into this project to bring it to life. Today, the solar park is jointly operated by French companies Clemessy and Schneider Electric, with Neon still holding onto a 40% ownership stake in the facility.

The Toul-Rosières Solar Park was the largest solar project in the world when its construction finished in June 2012, and it remains France’s second-largest solar PV plant today. Designed and built by EDF Energies Nouvelles, the plant produces solar power via 1.4 million cutting-edge thin-film solar modules from American manufacturer First Solar.

The Park was constructed on a retired air force base near the city of Nancy in Northeastern France, and cost an estimated €430 million to build.

The 67.5 MW Gabardan Solar Park in the Landes region of Southwestern France is another French solar project which uses First Solar’s advanced thin-film PV modules. The park was developed by EDF Energies Nouvelles, and construction was contracted out to Schneider Electric. The plant took two years to build, with construction starting in 2009 and the project being fully commissioned in 2011.

Construction on the project was completed in late 2011, and in total the Les Mées Solar Park covers 200 hectares of the plateau with solar PV modules. The plateau enjoys high levels of solar radiation and clean air free of dust, both important factors which makes the location ideal for generating solar electricity.

The Crucey Solar Park entered operation in 2012, after construction began in 2009. Developed by EDF Energies Nouvelle, the plant’s 741,000 thin-film PV modules boast 60 MW of total capacity. The park is located near the Central Paris region, near the commune of Crucey-Villages.

The Massangis Solar Park is a large-scale solar PV farm developed by EDF Energies Nouvelles incorporating thin-film First Solar PV modules. The park has a total capacity of 56 MW, and it came online in stages from early 2012 onwards, becoming fully operational in October 2021. It is located in the French department of Yvonne.

Built and developed by French utility Engie (formerly known as GDF Suez), the Curbans Solar Park is set 1,000m above sea level in the Curbans commune in Southern France. Equipped with almost 150,000 Yingli PV modules, the park has a capacity of 33 MW and is capable of cutting down on 120,000 tons of carbon emissions each year.

Construction of the park was completed in late 2011, at a total invested cost of €80 million.

The O’MEGA1 project is one of France’s first large-scale floating PV plants, boasting a capacity of 17 MW. Like its name suggests, this project utilizes new floating solar technology and features more than 47,000 Ciel & Terre floating PV modules directly installed on top of a quarry lake in the Southern French commune of Piolenc.

The project was built by Akuo Energy, and development started in 2014 before finishing five years later in late 2019.

Developed by Engie Green, a business unit belonging to French utility Engie, the Stellantis Carport project just recently entered construction in September 2021. The massive solar carport is being built on 22 hectares of outdoor car park at a Stellantis car factory in Sochaux, in the Bourgogne-Franche-Comté region. The 29 MW capacity project is set to be the largest solar carport in France when it comes online in October 2022, covering enough space to house more than 10,000 cars beneath its canopy of PV modules.

The carport would directly supply the nearby Stellantis factory with electricity, and is expected to be able to meet 30% of its power needs.

The Lazer floating PV facility is planned to be built on top of the existing Lazer hydroelectric plant in France’s Hautes-Alpes department, greatly boosting the existing renewable electricity production capability of the power plant. Developed by EDF Renewables, the floating plant is planned to cover around two-thirds of the hydroelectric dam’s water surface area, and is set to be fully complete by the first half of 2022.

The 14.7 MW Decize Solar Park is one of France’s newest major PV projects, newly commissioned in July 2021 after construction began in November 2020. P&T Technologie, a subsidiary of renewable energy giant Energiequelle GmbH, was the main developer for the park, while construction work was carried out by French engineering firm Bouygues SA.

The plant is located in the Decize region of central France.

Construction for the Marcoussis solar farm was completed in October 2021. The PV plant is Ile-de-France’s largest solar PV facility to date, boasting 20.3 MW of capacity and over 58,000 installed solar modules. Developer Engie SA funded 60% of the plant’s total investment cost of €18.8 million, with 20% coming from the French SGEIF and the remaining 20% crowd-funded from Marcoussis residents.

Horizeo is an ambitious joint collaboration project between Engie and Neoe. This planned PV plant would have a whopping 1 GW of capacity once fully operational, and includes an attached battery storage system, agrivoltaic plant and green hydrogen production capabilities. For reference, this new project would completely dwarf France’s current largest solar plant, the 300 MW Cestas solar park, once construction is finished.

While the project is still in its early development stages, it is currently estimated to be complete by late 2026. The Saucats municipality in southwestern France has also already been selected as the project venue.

Newly taken online in September 2021, the massive 152 MW Marville solar plant is located near the city of Verdun in the French department of Meuse, and is the fruit of a joint development project between the French developer TSE and German energy company Enerpac.

The Helio Bouparis 2 solar plant is unique among the projects on our list, in that it is the only major PV project located in the French Overseas Territory of New Caledonia, a French-owned island in the South Pacific ocean.

The plant is developed by Total Quadran, a subsidiary of Total, and combines 16 MW of solar capacity with an attached battery storage system. With the addition of this new plant, Total Quadran would operate 50 MW of total solar power in New Caledonia, able to supply approximately half of the island’s entire energy needs.

The Pompogne Solar Park was built by German power plant developer GP Joule in June 2012, at an investment cost of €113 million. The 40 MW capacity plant is located in Aquitane, near the Pompogne municipality.

The Les Gabots solar facility was inaugurated in October 2021, after two years of construction beginning from November 2019. Located east of Paris in the Ile-de-France region, the 17 MW project is jointly developed by Akuo Energy and ECT.

The solar project features 44,000 solar PV modules installed on top of an existing landfill, and parts of the project were also built with waste materials recycled from previous construction and engineering projects.

The 50 MW Valenciennes solar project is the largest ground-mounted PV project awarded by the French government in its 2020 CRE4 solar tender, and part of 135 MW of PV projects won by French developer Total in that same tender.

The project is planned to come online in 2022, and will be built near the commune of Valenciennes in Northern France.

Completed in June 2018 after a delayed 2-year construction period, the 24 MW Montane solar park was developed by Engie at a total investment cost of €28.6 million. The park is located in the French department of Correze, and utilizes one-axis solar trackers which allow mounted PV modules to always be facing the sun, optimizing power output

Future of Solar in France

France is not interested in resting on its laurels – despite its impressive solar portfolio, the French government has committed to further increasing the country’s solar adoption in the near future. 1.3 GW of new solar capacity was added in France in 2020 alone, and it’s estimated that France’s average annual solar adoption would hit 3.6 GW of new capacity by 2023.

Part of this rapid growth can be attributed to France’s favorable solar feed-in-tariffs (FITs). These FIT bonuses can be thought of as a government-funded premium on renewable energy, paid out to renewable energy producers on top of the market rate they earn for selling electricity. While the French government has recently drawn criticism for retroactively lowering FIT rates for existing solar contracts, it has also committed to investing €30.5 billion into funding FITs for renewable energy across the next five years.

34 GW of total renewable energy capacity by 2026 is the goal for Paris, and right now solar looks set to make up a significant portion of that number.