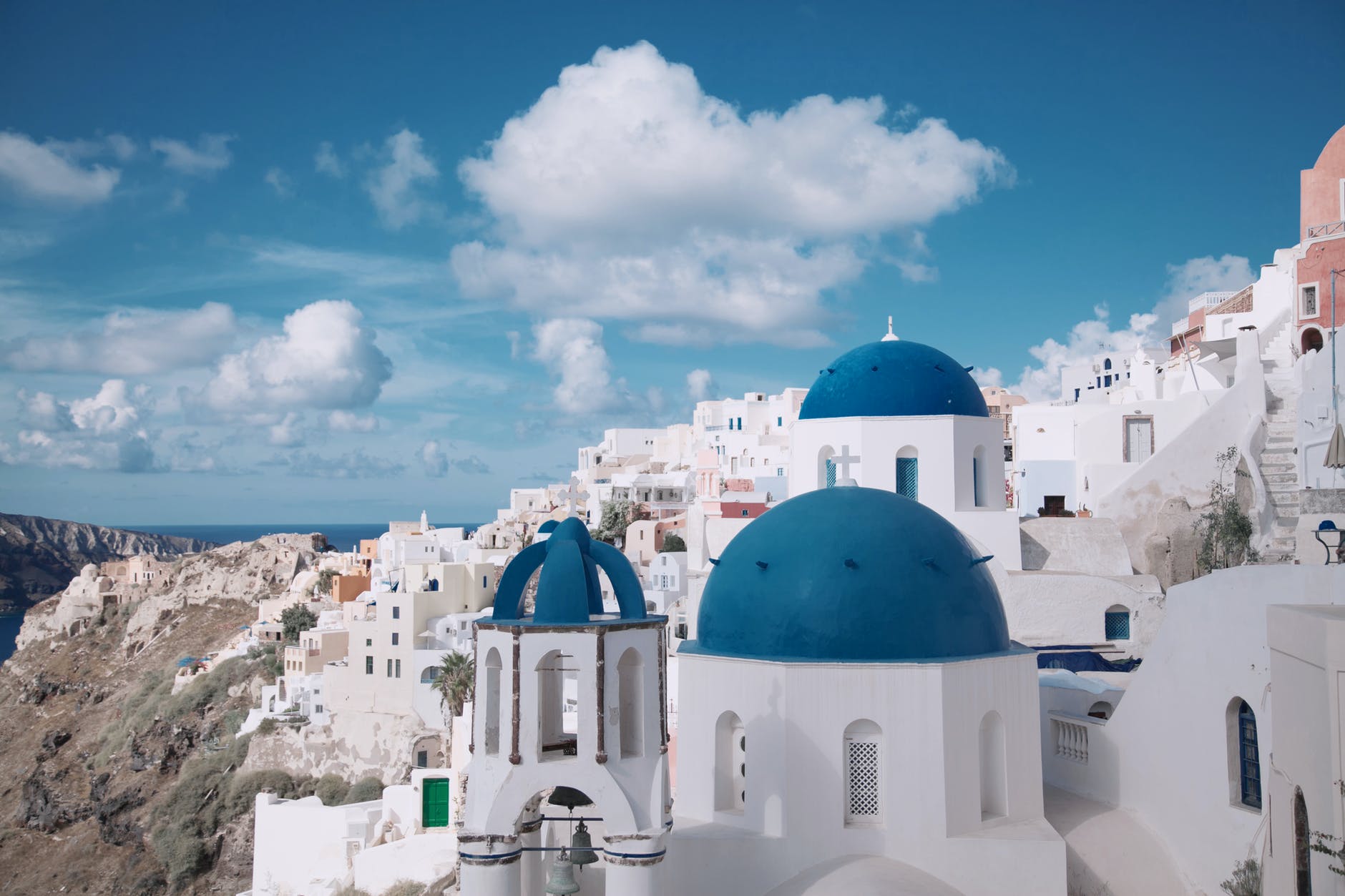 Solar energy continues to inspire many companies and initiatives into striving for cleaner energy for the next generations. This green energy trend is even seeing surgency in none other than the country of Greece. In fact, Greece is now one of many countries developing and operating solar projects and farms since the early 2000s. However, installations of photovoltaic systems saw a rise in 2009, due to the federal introduction and persistence of feed-in tariffs, along with corresponding regulations for domestic applications of rooftop solar PV.

As a result, 2019 has seen an ever-growing desire to expand on solar energy, so that consumers can be provided with cleaner energy, and reverse the harmful repercussions of using energy resources like coal.

While solar energy initiatives saw their fair share of ups and downs, especially with the deficit of more than €500 million in the Greek “Operator of Electricity Market” RES fund, auctions were able to replace feed-in tariffs, so that more solar panels could be installed in various parts of Greece.

But what were these solar projects, farms, and initiatives that insisted on solar energy as the go-to energy for consumers?

As we delve into the 20 projects and farms involved in solar energy, one will see how Greece is striving to make solar-powered homes and places a reality:

Oropos is one of the largest solar installations in Attica, Greece. With the power capacity of 400 KWP, this solar project is ground-mounted, and split into four installations. So, to speak, each installation is 100 KWP, making the grand total of 400.

This photovoltaic project is located in Oropos, near the capital city Athens. With its power capacity, the solar project is connected to the national grid. As a result, the grid can generate up to 580,000 KWH per year.

Avlona is another solar project that revolves around photovoltaic power. A town in the Athens metropolitan area, Avlona’s normal summer climate allows for opportunities for solar power to thrive. The solar plant holds a power capacity of 0.6MWP, and is normally credited for being a promising source of energy for Greece’s capital city.

A regular tourist trap for travelers worldwide, Naoussa normally has a summer-like climate, which allows for beach-going, sailing, and fishing. Due to the prospects that this climate welcomes, it’s no surprise that Greeks in Naoussa would invest in the idea of solar power.

The solar plant in Naoussa currently holds a power capacity of 1MWP.

Another town in Athens, Koropi also has an interest in solar energy. With already being home to a solarium, to where people can visit and learn about the solar system, the town has worked towards having a solar power plant that can hold a power capacity of 0.5MWP.

Spata is home to the Vulturnus Solar Energy M.IKE in Anatoliki Attiki, Greece. With a power capacity of 0.25MWP, this solar plant strives to pioneer the way for more solar-powered initiatives.

The town of Monemvasia prefers green energy rather than regular electricity. In fact, not only does this quiet town in Greece prefer running on solar energy, but also on wind energy. As a solar pioneer, its power plants hold a power capacity of 0.34MWP

Lakonia is considered a solar station in Greece, since it strives to make solar energy a greater alternative to regular energy. As it stands right now, this solar station holds a charge of 0.5MWP. Even when wind energy has seen its ups and downs during conflicting weather in the recent years, energy from the sun is there to pick up the slack.

Kozani is one of the most popular solar initiatives in northern Greece. With a large investment of €600 million ($822 million, when adjusted for countries like the United States), the project is expected to cover over 1,285 acres of what were once coal mines. In essence, the depleted coal mines are given new life through this solar project, thus marking the town’s independence from coal usage. Once generating, the solar installation will produce an output of around 200 MW.

Another tourist trap in Greece, Molaoi also has a bright vision for cleaner energy. As Molaoi looks to solar energy, its solar project will involve panels that can hold a charge of 0.5MWP in each unit. Those who take a trip to Molaoi will discover how the town is working to make solar-powered life a reality with massive views of the panels themselves.

Florina is a unique location in Greece, when it comes to solar energy. Since this place is considered an industrial zone – one of the most notable industrial havens in Greece – it’s no wonder that its solar initiative sees this location as an opportunity to build solar panels. The panels are expected to hold a charge of 4.3MWP in each unit.

Thebes is another photovoltaic power plant in Greece. Each panel will hold the power capacity of 2MWP. Having its start in 2009, Thebes has since grown into one of the solar energy juggernauts of Greece. As such, Thebes continues to work towards making the transition from regular electrical energy to cleaner energy.

Another prominent photovoltaic power plant, Volos also got its start in 2009, striving to make energy greener nationwide. The solar panels hold a power capacity of 2MWP. Since 2009, the power plant has made slow but steady progress in providing clean energy to consumers in Greece.

Tripoli was another solar power initiative that had gotten its start in 2009. In fact, the year 2009 had shed light on inspiration for solar energy, thanks to initiatives like Tripoli.

With a power capacity of 1.99MWP, this solar plant can potentially generate enough energy to power the small but vibrant city.

Like the solar projects previously mentioned, Koutsopodi’s solar initiative opened up shop in 2009. Despite its slow-but-steady progress, the project would see its completion in September of 2010.

The solar panels are expected to hold a power capacity of 1.997MWP per panel. As of today, Koutsopodi will continue to provide solar energy to consumers.

The project is worth EUR 28.5 million, and will involve the construction firm of GEK Terna Group. This group will oversee the following:

The contract is expected to see completion of this project by the end of 2022.

ACE Power Electronics is a company in Greece that does more than just sell electronics to consumers. In fact, the company has already set its sights on solar energy.

This Greek solar initiative was founded in 2006, and proposed a solar park that’s both on- and off-grid. The installation will involve smaller installations to ensure that they follow the pattern of on-grid and off-grid.

Having started installation back in 2000, Alumil Solar involves putting together smaller installations, which contain 1MWP each. The panels’ designs are organized, prepared, and executed by various architectural services. Its current inverter supplier is Kostal Solar Electric GmbH, in cooperation with Alumil Solar’s parent company, Alumil Group. As of May 10, 2021, this initiative launched its debut solar mounting system, Pure Tracker.

Finally, getting its start back in 2007, Engaia (with parent company Ecoera Group) grew into a solar park with small installations that hold 1MWP each. This solar initiative in Greece works with various panel suppliers:

In addition, this initiative works with various inverter suppliers:

As you can see, solar energy is highly praised, worked on, and revolutionizing Greece, when it comes to bringing clean energy to consumers. These 20 solar projects and farms strive to bring more clean energy into the homes of many, thus lessening the carbon footprint that still plagues places like Greece to this day. As progress continues in making solar-powered homes and places a reality, only time will tell until Greece becomes the solar-energy juggernaut of the world.

Emily Henry is a writer at Write My Essay. She is also a contributing writer to various online publications, including blogs and forums. As a content writer, she writes about solar projects, green energy, and humanitarian initiatives.