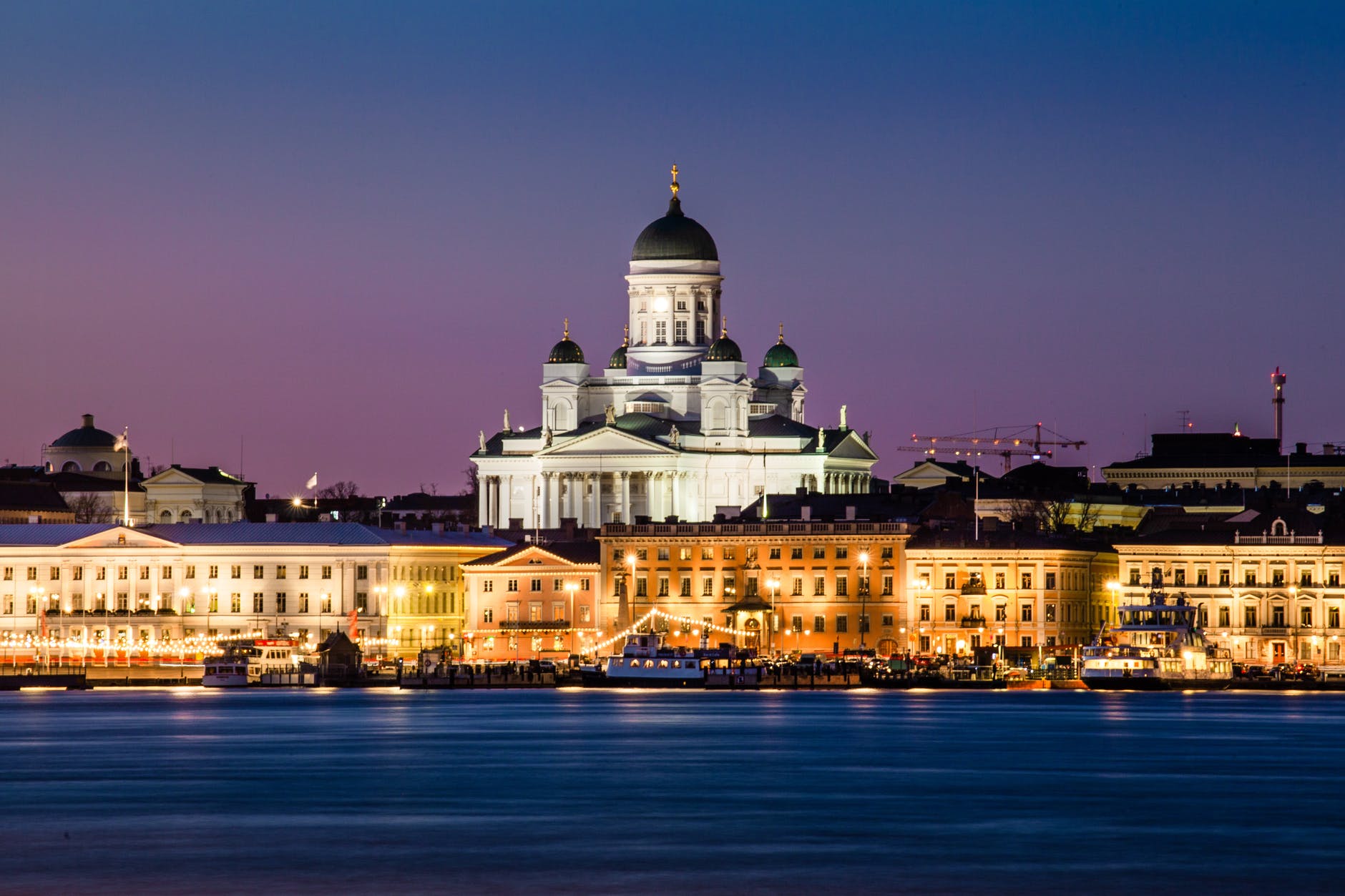 Sunlight is a constant phenomenon. The level of sunlight emitted by the sun in just a day is sufficient to power all of the earth as an energy source for a year. It is an abundant, constant energy source. Solar power as a form of energy source converts the sunlight rays into electrical energy with photovoltaic panels or mirrors that tend to multiply the sunlight’s radiation effect.

Solar energy can be used in different forms. It can be used as a form of electricity or concentrated and stored in batteries or thermal sources. Finland is one of the avid users of solar-powered energy for different purposes. In this write-up, we share the biggest solar projects and farms in Finland.

The photovoltaic plant in the Helsinki district of Kivikko within Finland has about 3,000 solar panels. Solar energy experts at college paper help explain that these panels cover approximately one hectare on Ski hall’s roof, making it one of the largest solar plants within Finland. The output of the Kivikko Solar plant exceeds 340 kW, and the photovoltaic plant is estimated to reach about 800 megawatt-hours. In terms of consumption rate, the Kivikko solar plant powers over 400 apartments.

After its completion in 2015, Suvilhati Solar Plant in Finland was the most prominent photovoltaic energy source before constructing the Kivikko photovoltaic plant. The Sulvihati power plant, like the Kivikko solar plant, is also located within the Helsinki district of Sulvihati. According to solar enthusiasts at dissertation assistance, the plant runs on 1194 solar panels for widespread electricity consumption. Users with their panels receive approximately 200,000kW/h of electricity. The solar energy emitted from Suvilhati Power Plant is enough to power 100 homes.

Atria Finland, in conjunction with Nurmon Aurinko Oy, plans to expand the photovoltaic solar park in connection with the Nurmo plant. The project aims at doubling the panel capacity of the current solar park, which was launched in 2018. The extension of this park will have an impressive number of 9,400 solar panels or more. So, in total, Atria’s solar plant will have over 20,000 solar plants after its commissioning, producing about 5600 megawatt-hours yearly. It will be the first industrial-level solar park in Finland.

Solarwatt, a company that deals in solar-powered substances, has been growing its presence in the Finnish market. They have been making big decisions, but the agreement reached with Finland’s biggest solar distributors is among the most impacting decisions in Finland’s solar power sector. Solarwatt has intensified its business relations with Onninen Oy. New services for solar installers are the basis of the agreement.

Platinum Leed shopping center in Finland is about to engage in constructing the largest PV plant in a retail property in Finland. This particular project will be run using the new solar electricity model. Solarigo Oy, one of the biggest solar partners, plans to invest in this project and run the installation process. The PV rooftop will contain about 2,000 solar modules, which will produce about 460,000 kW/h annually.

Finland is constructing a solar farm in a city with just 3.5 hours of winter.

In a city in the north of Finland, Oulu will soon be the bedrock city for one of the biggest solar installations in Finland. The plan is to build a solar farm with approximately 1,600 solar panels to power or run as an energy source for a newspaper printing plant. However, not all the time. Solar energy researchers at Essay Help state that Oulu is a winter city, and on some days, the winter period lasts for approximately 3.5 hours. Winter is one of the problems solar power users encounter.

ABB, a Swiss company, recently finalized a deal with the Italian company FIMER that specializes in inverters. ABB’s solar business cuts across many European countries, and Finland happens to be one of the foremost countries this transaction will affect. The manufacturing, research, and development base are in Finland and Italy. However, after the agreement, they will be run by FIMER.

Fortrum secured a contract from S group within Finland.

The solar energy company, Fortrum, has entered into a contract using a Finland-based S Group. The contract entails Fortnum implementing solar-powered electricity systems on the rooftops of 40 commercial buildings within Finland. Fortrum will solely be responsible for the project planning, management, and supplying of necessary equipment. However, the installation would be handled by teams from ARE. Tatu Kalla, the head of Fortrum, said: “Realizing our vision – for a cleaner world – isn’t easy nor can it be accomplished overnight.” Fortrum’s contract is going to play a critical role in Finland’s solar power sector.

Amazon, one of the world’s largest retailers, has shown interest in renewable projects in Europe. Lately, Amazon announced its plans to buy 14 new solar projects across Finland, Spain, and Canada. This company aims to run all its operations exclusively with renewable energy by 2025, and Finland will be among the primary energy sources.

The Swedish power industry, Bravida, has purchased an interest in the solar power industry Savon Aurinkoenergia. In the contract, Bravida acquired a majority stake in the Finland-based company, becoming one of the major shareholders. The specifics of the transaction in terms of finance remain undisclosed. However, the new partnership between Bravida and Savon Aurinkoenergia will affect the solar energy sector of Finland.

Google, one of the foremost companies that runs a huge aspect of the internet, announced its interest in making one of the biggest power purchase agreements in history.  Google intends to purchase 1.6GW of renewable energy worldwide, and the selected countries will reap many benefits. In terms of Solar energy, Google will buy 793MW from Finland, Sweden, and Belgium.

EPV energy is a solar energy company that is planning on installing a photovoltaic plant of 100 MW to serve as an optimal solar energy source. The designated spot for the construction of this plant is the town of Lapua, located in the South Ostrobothnia region. This solar park will host about 463,680 panels. The plant’s capacity will be around 205MW, making it one of the largest solar plants in Finland.

Nokian Tyres has successfully constructed and installed solar panels on the roof of its logistics centre as an electricity source. The energy source emitted from the solar farm is one of the biggest in Pirkanmaa, Finland, with an impressive output. On the rooftop, a total of 3,160 panels work efficiently to produce an output of over 1,100 KW.

In OULU, Finland located far north of Europe; solar energy has become one of the main electricity sources in municipalities, households and even businesses. An example of such projects on a large scale is the Kaleva media’s solar project in 2015. At some point, the solar plant was considered the largest in Finland. In 2015, the solar panels placed at the top of Kaleva Media had an output of 1604 photovoltaic units.

Helsinki has long dominated the position of being Finland’s top city solar energy producer. However, it appears this will soon come to an end. Oulu city plans on installing a solar plant with an output of 420 kilowatts topping the Kivikko solar plant.

The solar project embarked on in Nakilla, western Finland, is predicted to be the largest solar plant in Northern Finland. The plant’s output estimate is 10,000 kilowatts. However, despite the sheer size of these plants, they will still be able to produce a little more than a single wind turbine.

Helsinki Energy Helen is planning on adapting the same renting method as Suvilahti. Hellsinki energy will rent solar panels to ordinary consumers. For each panel, customers will pay 4,40 euros in a month. The company estimates that one solar panel produces approximately 230 kW/h yearly.

Renewable sources of energy tend to be more in demand in Northern Europe.  In about three days, customers exhausted the vast supply of 1200 panels. To meet the current need, Helen’s project director, Atte Kallio, promises to build more solar panels to satisfy consumers.

In concert with several solar projects in Finland, Neoen plans on financing the construction of Mutkalampi, a 404 MW project in Western Finland. This project may be the largest wind farm in Finland, owned by Neoen.

Consumers renting solar panels for their homes is becoming common.  A Savonlinna resident, Jouni Koskela, paid 10,000 euros for the installation of a household power plant in Spring 2019. This shows the extent to which solar energy is a part of Finland’s energy source.

Renewable energy sources like solar energy are ideal for a healthy environment. Read this article to gain insight into solar farms and projects within Finland.

Aziz Nicleson is a journalist with four years of experience working in the London magazine “Shop&buy.” He is a professional mini-tennis player, and he has written a novel, “His heart.” You can find him on FB.