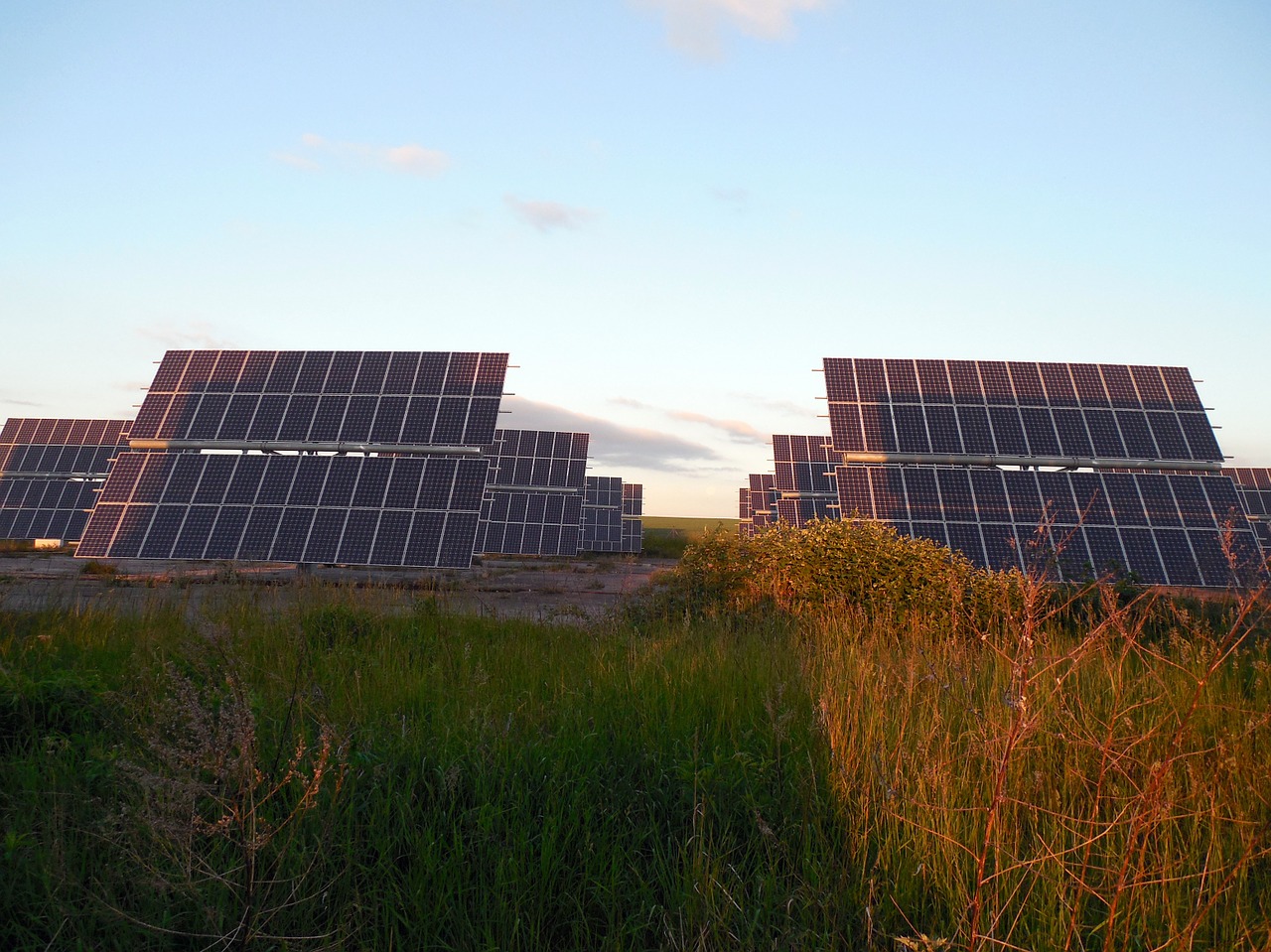 The solar industry resents stasis. It is represented by the industry giants’ persistent struggle and competition to take a ride on the ‘solar coaster.’ Solar conferences, trade shows, and exhibitions are jam-packed with startups as well as prominent key players looking to offer the industry with their next ‘big thing.’ It seems as if the solar industry has come across its knight in shining armour!

Bifacial solar panels are the latest innovation in the solar module industry. It has been a trending topic at trade shows, news channels, and conferences since the past few decades. But, very recently, bifacial solar panels have begun transforming into reality from theory due to the presence of numerous planned projects across the globe. In the U.S., several mammoth projects particularize bifacial solar panels, plan their financing, and begin construction work.

As per a study by Fortune Business Insights, titled, “Bifacial Solar Panels Market Size, Share and Global Trend By Type (Monocrystalline Solar Panels, Polycrystalline Solar Panels, Thin-film Solar Panels), By Application (Residential, Commercial) and By Geography Forecast till 2026,” the global bifacial solar panels market is likely to rise at a high compound annual growth rate (CAGR) during the forecast period. Fortune Business Insights further states in the report that the overall bifacial solar panels market growth will be stoked by a rise in the demand for electricity from industrial and commercial sectors, especially during peak hours.

How Does a Bifacial Solar Panel Work?

Bifacial solar panels soak in light that comes from the front and rear side, thus enabling the usage of diffused light as well as albedo light. Albedo light is that part of the light that is reflected by a surface. The efficiency can reach approximately 30% and it depends on various factors, namely, the reflectivity of the ground surface, height above ground, and tilt angle. The scattered light that enters through any direction is called diffused light. The bifacial solar panel can directly absorb radiation from the sun, reflected radiation from surfaces nearby solar modules, and indirect diffused radiation caused by clouds or air particles.

Moreover, bifacial solar panels are equipped with a glass-to-glass structure. They further offer to enhance long-term durability as compared to the glass-to-back sheet mono facial module that was used in earlier days. Multiple thin-film photovoltaic technologies are available today. They mainly include dye-sensitized solar cells and copper indium gallium selenide (CIGS). Various current thin-film photovoltaic technologies such as CIGS and dye-sensitized can be easily converted into bifacial solar panels.

A Rat Race to Develop Bifacial Solar Panels: Are They Really Worth It?

Along with to develop innovative methods to use solar energy, companies operating in the solar industry often look forward to improving the existing technology to provide efficient services to their consumers. When a company is capable of enhancing the outputs of a particular technology, it plans to take that product on to the next level of efficiency for the consumers. They often try to do so by reducing their prices. Sol-Up U.S.A., a prominent solar power company, based in Las Vegas, for instance, develops and sells bifacial solar panels that are capable of producing approximately 20% more electricity than the traditional average solar panels.

Here are a few of the advantages and disadvantages of bifacial solar panels.

By application, the global bifacial solar panels market is categorized by commercial, residential, and others. Out of these, the commercial sector is projected to lead the global market due to the ever-increasing demand for electricity. Moreover, the industrial sector will also grow rapidly during the forecast period owing to the demand for solar-based electricity, especially during peak hours. Hence, numerous prominent market players are developing bifacial solar modules infused with the latest technological advancement. They are currently aiming to boost the design and efficiency of the bifacial solar panels while making them cost-effective at the same time.

Geography: Growing Investments in Solar Energy to Favor Growth in the Asia Pacific

In terms of type, the global bifacial solar panels market is divided by the Middle East and Africa, Asia Pacific, North America, Latin America, and Europe. Amongst these regions, Asia Pacific is expected to dominate the global bifacial solar panels in the coming years. It would occur as the emerging nations, such as India, China, and Japan are persistently investing huge sums for the research and development of solar energy. These nations also have huge potential for holding the largest number of installed solar panels.

Europe and North America are anticipated to follow the footsteps of Asia Pacific and exhibit notably high CAGR during the forecast period of 2019-2026. Several key market players are investing in the planned solar projects in both regions. It would aid in the bifacial solar panels market growth in these regions. The Middle East and Africa and Latin America are projected to acquire moderate bifacial solar panels market share by 2026.

LONGi Solar, a leading mono-crystalline solar module manufacturer, headquartered in China, announced that it bagged a contract to supply the bifacial advanced passivated emitter and rear cell (PERC) modules to a project in Mitchell County, Georgia on February 2019. It is considered to be one of the largest solar projects in the U.S. with a capacity of 224 MW. The modules will be supplied to the Southern Oak Solar Project of Invenergy LLC. The construction work for the project began in September 2018 and it is anticipated to be done by the end of 2019. The completion of this project would aid in supplying clean electricity to approximately 30,000 houses. With a capacity of 224 MW, the Southern Oak Solar project will produce LONGi modules on TrueCapture control system of NEXTracker as well as single-axis trackers.

In February 2019, Sunpreme, Inc., a solar photovoltaic (PV) manufacturer, based in California, announced the completion of a commercial carport and rooftop solar system installation at a shopping center in California Bay Area. The company was assisted by Tigo Energy, Inc., a photovoltaics company, based in the U.S. The system consists of Tigo TS4-L (Long Strings) Optimizers integrated with Sunpreme’s award-winning GxB380 SM Bifacial PV Panels. Sunpreme’s panels were chosen for robust product relatability as well as for generating maximum energy in the shopping center. The DC-to-DC integration with Tigo enables UL-certified rapid safety shutdown, panel-level monitoring, and longer photovoltaic string designs.

In January 2017, Suntech Power, a producer of solar panels, based in China, announced that it signed a strategic agreement with Jolywood Solar Technology, a renowned producer of photovoltaics, bifacial solar cell, solar module, and more, based in Taizhou. The main aim of the agreement was to provide highly efficient N-type bifacial panels in the global bifacial solar panels market. Suntech officials declared that the homogenization of the photovoltaic market is on the rise. It, in turn, resulted in the technological advancements and product development that were a must for a sustainable environment. Apart from that, N-type bifacial solar cells are infused with various benefits, such as impressive weak light performance, low LID, high efficiency, and double side power generation.

Do Bifacial Solar Panels Have a Bright Future?

You will often get to see the term ‘bifacial’ in the field of photovoltaics and solar power industry. It is a trend that is still in the process of development. Bifacial means a solar module or solar cell that is sensitive to light from both sides. But have you ever thought that this technology is not new, but it has been applied for tasks, such as creating noise barriers, since time 1994? In today’s world, renowned market players are more interested in the same age-old technology due to several factors. In other words, manufacturers and organizations are planning to gain profit by enhancing the performance of the modules.

However, bifacial solar panels require a distinctive and unique installation process. Right from the mounting and fitting of the panels, the tilting procedure also matters. According to several key market players, they were recently able to reach commercially competitive prices. Bifacial panels take up to only 3% of the total cost of solar trackers.

At the end of the day, it always comes down to money. The Levelized Cost of Energy (LCOE) is a very common term that is used for this purpose. Companies are now seeking for an optimal point of LCOE. They are not paying much attention to the high power point. There are plenty of tradeoffs involved in the bifacial solar panels market. But, the companies are trying to battle all the difficulties to provide the consumers with top-quality products.

The bifacial solar panels industry is still in the initial phase of development. Key market players, such as Soltec, NEXTracker, and Array Technologies(ATI), for instance, are slowly developing test field. These test fields consist of more than half a dozen bifacial panels. They would aid in generating data sets from a period of three to six months. The companies mentioned above focus on gathering data up to 7 years to strengthen production, efficiency, and reliability in the bifacial solar panels. Such an initiative is projected to set a benchmark in the solar power industry.