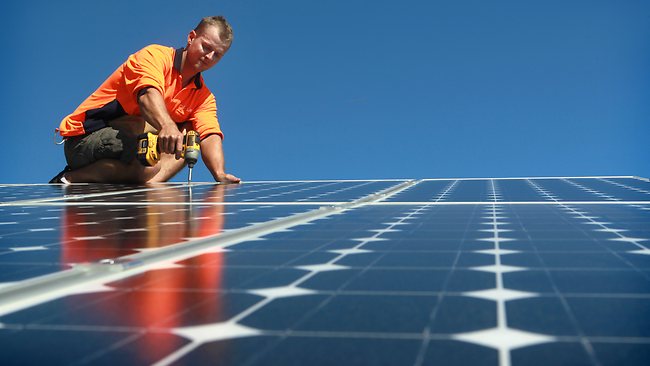 The Australian Photovoltaic Association commissioned the Commonwealth Scientific and Industrial Research Organization to determine public sentiment and willingness regarding solar energy and the willingness of Australians to adopt it.

Of the 2,643 respondents, 26.3 percent already had some type of solar panels installed at their homes – complete solar PV or hot water systems or just a couple panels to power specific appliances.

Among those who already has some kind of solar installed, more than 70 percent said they were happy with their systems and would consider investing further in the technology. Among those survey respondent who did not already have solar panels, more than two-thirds said they supported distributed generation and would consider investing in solar. Homeowners were more likely to support the technology than renters and people living in single-family homes were more likely to say they would invest in solar than people living in condominiums or apartments.

“The survey results indicated that overall, there is general support by householders to participate in the distributed energy market,” according to the report, “particularly through the installation of solar hot water heaters, solar photovoltaic systems connected to the grid for energy generation and with battery backup.”

Most respondents said they felt buying solar systems outright was the best way to make an investment in renewable energy. The least popular method for going solar was the use of energy service companies, which is equivalent to third-party-owned systems and solar leases in the United States. More than a quarter of respondents said they wouldn’t even consider contracting to buy renewable energy. But more than 56 percent said they would think about signing a contract if they would save money on their electricity bills.

The Australian Photovoltaic Association has seen rapid growth in the industry over recent years. While lower solar panel prices have been driving greater demand for the technology all over the world, Australians have another reason to go solar.

Electricity rates in the country climbed more than 40 percent between 2009 and 2012. Those high power prices combined with falling solar prices have made the technology naturally more attractive.

However, the report also notes that increased government incentives, such as renewable energy certificates, solar rebates and feed in tariffs, have contributed to a rapid surge in the installed solar capacity in Australia.

The capacity skyrocketed from 123 megawatts in 2009 to 305 megawatts in 2010 and 1,450 megawatts in February 2012. More than a year later, capacity is even higher in the country with every indication that favorable public sentiment regarding solar could continue fueling industry growth.