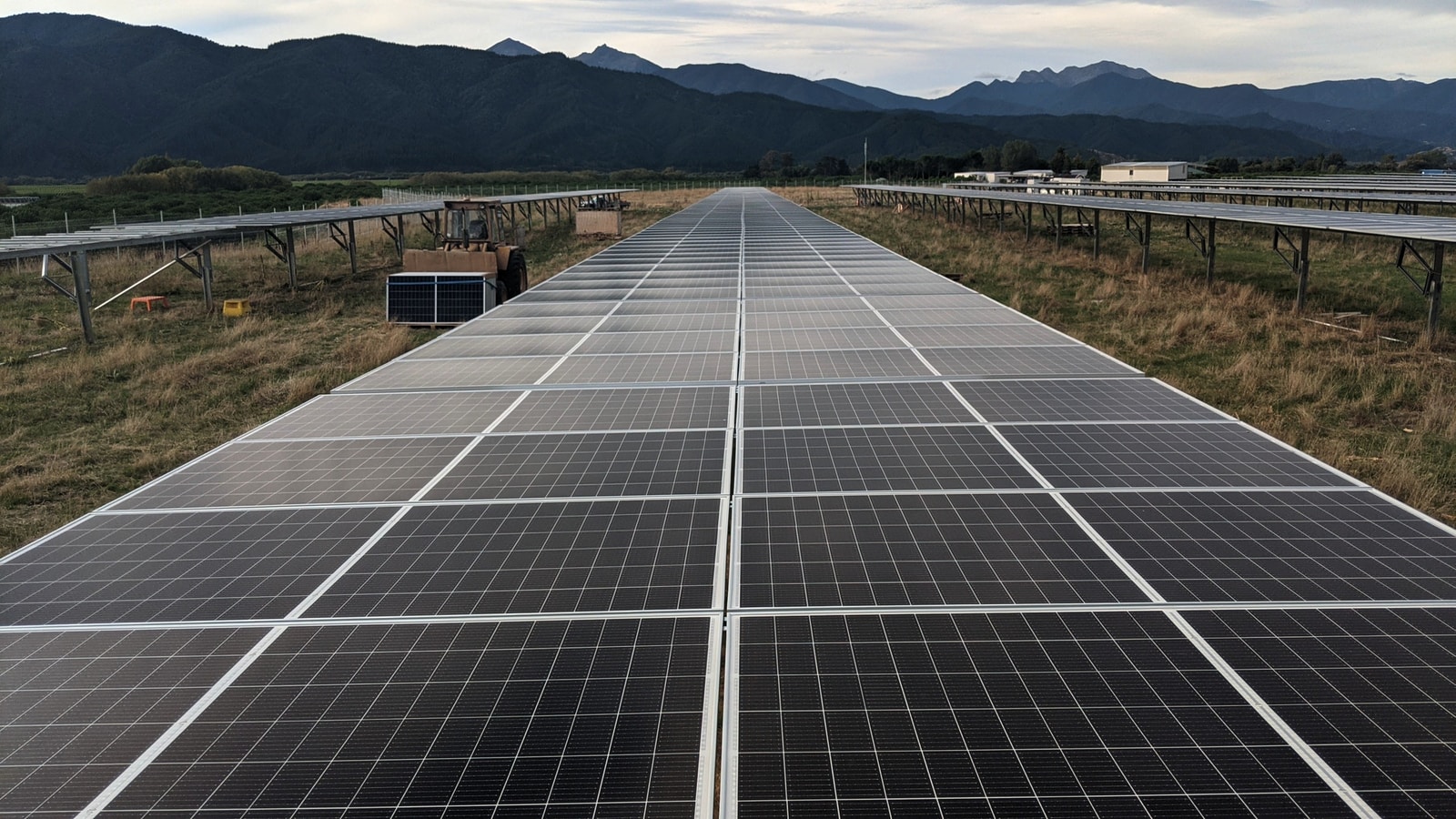 Solar energy is not new but an exceedingly growing field of science in Australia. This article observes from different angles the mainstream tendencies of solar energy in Australia last 2021, focusing on the core reasons for increased interest in it.

The Australian renewable energy industrial assets have overcome a long way within the last five years. With only 17 percent of renewables in 2016 of the electricity in the country (thanks to New South Wales and Tasmania), it has drastically moved forward by 2020. Over 27 percent of electricity in Australia occurs in clean energy sources, including wind and rooftop solar systems. As a result, Australian electricity has become more available, cheaper, cleaner by 2020.

The recent data for the entirety of electricity generation in Australia represents a share of generation with dominant sources such as coal and gas. This article reveals the data on Australia solar energy reports, observing the tendencies of solar system development within the country in 2021 according to the changes due to pandemics and demands of Australian and world society.

Australia observed the boom in solar system installation recently. Being the largest source of renewable energy, it amounted to 9 percent of total generation, higher than in 2019 (only 7 percent). The capacity of the installed renewable system is up to 7 gigawatts.

The Minister for Industry, Energy and Emissions Reductions, Hon Angus Taylor, believes that gas and coal will continue to play a crucial role in delivering light around the clock, but new renewables will fulfill the system.

Prices for energy in Australia

Covid-19 pandemic and renewable electricity generation technologies have played a crucial role in falling the prices for energy. This tendency is going to remain in the next several years. For manufacturers and students, it is appropriate to write a paper online to observe price volatility. The data will vary according to the year, state area, and policies.

The Australian states that used the renewal energy technologies observed the most significant prices fall, e.g., Tasmania – 67% reduction. Many citizens sustained difficulties in paying electricity bills in 2020. Over 1000 clients were seeking payment assistance from electricity retailers each week.

According to the Australian Energy Market Commission (AEMC), the prices will fall by 8.7 percent annually during the 2020-2023 period. However, Liddell coal-fired power station plans to raise the electricity costs, which will be significantly felt in New South Wales with its 2 percent price decrease within the same period. The graph below represents the expected electricity prices within 2019-2023 years.

Due to lockdowns and reduced transportation, the greenhouse gas emission fell 5,3 percent to March 2021, empowering electricity generation from sun and wind. The annual report shows the fall of carbon dioxide during March 2020-March 2021 from 521,9 million tonnes to 494,2 million tonnes.

The Australian authorities do their best to meet the lowing emission technologies. However, much work is ahead. The situation with greenhouse gas emitters in Australia is the worst among other nations. Its conservative approach to energy generation calls pressure from world partners. According to the Paris Climate Agreement, they call for immediate measurements and cutting emissions by 2030. While the United States, Britain, and Canada have committed to cut emissions by 40 percent, Australia relies on a 26-28 percent rate. However, emission in Australia has dropped by 21 percent compared to the reports of 2005.

The Governmental Position Regarding Solar Systems

Despite disruptions that caused lockdowns, solar energy in Australia’s households and small businesses have installed over 3 million power systems on the rooftops. Scott Morrison, the prime minister, and other wealthy nations signed up a long-term emission reduction plan. It aims to attain net-zero emissions by 2050. The rooftop solar system plays a crucial role in it.

The steadily increasing number of solar system installations (279 000 in 2019 and 369 000 in 2020) is natural: people want to pay less money for consumable energy and contribute the balance between produced and taken out glass emissions.

Kane Thornton, the chief executive of the Clean Energy Council, emphasized that Australians prefer solar systems due to their affordability and convenience. Since the average cost of a solar system is $3000-$4000, it occupied almost 40% of market requirements in October 2021.

Among savings, rooftop solar generates approximately six jobs for every megawatt, becoming the largest employment sector in the renewable industry.

Ellen Roberts, the director of the Solar Citizens, an independent, community-based organization that joins solar owners, confirmed that progressive and innovative solar systems reduce pollution in heavy industries, such as transport. She claims that Australians can create an energy superpower by exporting the systems. By 2025, Australia plans to increase solar systems production and replace coal power.

The leader in renewable energy targets that have reached the goal of 100 percent in 2019 and 2020, the ACT goes beyond. It completes the plan of delivering nearly all greenhouse gas emission reductions for the ACT to reach the course of action for the whole country.

The ACT uses a range of renewable energy generators that use solar and wind. They come in different scales depending on the produced energy, e.g.s, small and medium scale generators up to 200kW for homes and businesses with solar panels. The overall capacity of renewable electricity generation exceeds 150 MW. Solar-based generators for electric vehicles are available in the state.

Over 30,000 houses and businesses have installed solar panels in the ACT, 15 percent of all households in the ACT. The capacity exceeds 100 MW using the special tariff schemes. According to the Parliamentary and Governing Agreement, the ACT intends to deliver at least 250MW of new large-scale battery storage across its area, discrediting the gas distribution network.

As with other Australian territory counterparts, NSW follows renewable energy policies and develops an ambitious plan. This territory is open for investments. It intends to reduce electricity prices by $130 for households and $430 for a small business to cancel carbon emissions.

The closure of the Liddell and a few other local coal power stations serve as a massive fuel for changes in favor of renewable energy sources. NSW is only one way to become a destination for renewable energy investments.

Governmental programs support such measures, implementing discounts for solar system installations around 33 percent by accredited installers. They are eligible and produce up to 100 kW. Other government programs offer loans for solar batteries and installation plans for low-income households.

According to the zero-emission plan, NT wants to reach 50% of energy in Australia by 2030; enlarge the territory with renewables from 8 percent (in 2020) to 16 percent. The government announcement about the 35MW battery production (expected in the middle of 2022) has forced things. Also, the authorities offer grants for battery installation for installed and new rooftop solar systems.

The «Sun Cable Project» has been the most important project since 2020. With a 10GW solar farm, Australians develop electricity export to Indonesia and Singapore, using the transmitting cables in Indonesian waters. This multi-billion dollar plan has received the support of the Indonesian authorities. The potential capacity will reach 20 GW, allowing 36 and 42 gigawatt-hours of storage.

The project that involves solar, storage, and high voltage can meet large-scale demands for renewable energy and become the world-leading one in the Ino-Pacific capability to reach net-zero ambitions and economic growth using renewable energy.

The state keeps moving forward to achieving the zero-emission Australian plan by 2050.

The most valuable renewables development in Queensland was announced by the authorities three new renewable corridors in the state in 2020. It attracted infrastructure investments of $145 million. This region is ideal for electricity generation due to 320 days of sunlight per year and windy weather.

However, in 2021 legal troubles with contractors turned into problems connecting to the national grid. A lack of transmission infrastructure and the absence of stable capacity in the regional network cause many complex issues. The current lines with their sufficiency at the end of their network allow a limited solar generalization.

Despite $160 million in expenses for the generator development aimed to boost the local economy, the ambitious plans to reach 5 percent renewable energy by 2030 fail. The state can produce only halfway to that mark. Hence, local government sustains pressure and criticism. They tend to boost investments in electricity generation ASAP. With a line of investors and endless negotiations, the construction company hopefully will be more productive in 2022.

Australia Energy Market Operator hopes to achieve 100 percent renewable energy goal in SA by 2025, 5 years ahead of schedule. SA is already a world leader that regularly reaches 100 percent renewables thanks to its 2GW wind farm capacity. SA generates more electricity from solar sources than they consume over time.

Breaking several clean energy records during a year rapidly approaches and exceeds the plan. The graph below represents the renewable energy statistics in February 2022.

Tasmania was the first Australian state that reaches 100 percent renewables in 2020, ahead of the planned schedule for 2022. But the Tasmanian government has not stopped on the achieved results. They intend to increase the rate of renewable targets by 200 percent in 2040.

The government keeps investing in clean energy programs to maintain the nation-leading results. Moreover, it implemented an engaging hands-on competition for schoolmates, helping to connect the concepts learned in the studying establishment to the physical world. The task includes designing a race model car powered by direct sun excluding batteries or energy storage equipment to provide insights to students into solar technology according to Tasmanian Model Solar Car Challenge Regulations and move the future forward.

The implementation of successful projects of the Victorian Renewable Auction, established by the Victorian Government, started in 2018.

After that, the Covid-19 lockdowns hit the rooftop solar industry: it had to close for almost two months in 2020.

In July 2020, The «Solar Homes» program established in 2018 encouraged more solar installations, placing renewable energy on the top of pans. It aims to help Victorians in controlling electricity bills and reducing carbon emissions.

Achievements of 2021 prove: although Victoria has four-seasons-in-one-day weather, solar systems are an excellent solution for properties.

According to the statistical data for December 2021, Victorians support and join the program.

Victoria state has strategic plans to reach a zero-emission strategy.

The government represented the Whole of System Plan with a 20-years outlook of the primary electrical system in WA, aiming to achieve cost lowering and carbon emission reduction depending on four scenarios of changes in technologies, demand, and economics.

According to it, more than 70 percent of the generation capacity will be renewable by 2040. Rooftop PV, already spread in WA, will continue to replace large-scale generators. Except for solar energy, WA uses the opportunities for wind power generations.

The Governmental Renewable Energy Projects Launched by ARENA in 2021

The renewable energy projects launched by ARENA in 2021 are:

How much energy do solar panels produce now, and how much will they forge within years? GlobalData, a market analysis firm, has released the report, claiming that solar capacity will reach 80 GW by 2030. Frequent renewable energy auctions are a massive fuel that moves solar PV spreading all over Australian territory. Federal initiatives together with all eight states support creating a field for investment and offering interest-free loans for rooftop solar.

Environmental goals inside the country and international ones are one more engine to replace oil and gas heating industries for committing zero-emission targets set by respective nations.

However, the Australian authorities must regulate the stability of energy generation and maintain pressure on prices when there is no sun and no wind.