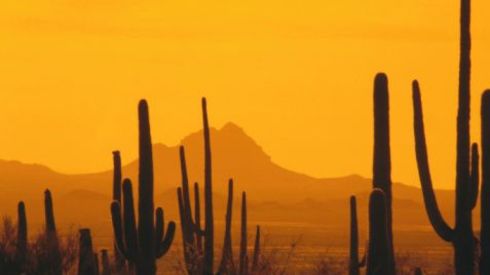 The future of net metering in Arizona is under attack, with the state’s largest electric utility Arizona Public Service (APS) proposing changes that undermine cost benefits for residential solar installations.

Under a plan submitted in July with the Arizona Corporation Commission, the state’s public utility commission, APS proposes two options for future residential solar customers – both of which will reduce possible returns that homeowners might receive on their investment.

One alternative would model net-metering contracts much the same as today but require residential customers to pay a monthly fee for power sent back to the grid. APS positions this as a convenience charge. The other option would allow homeowners a small ongoing bill reduction, based on the market rates that APS pays to other power generators.

Customers who already have a rooftop solar system, as well those who have applied to connect an installation by mid-October, will be given a “20-year grace period” before they will be subject to the new policy.

“As more customers install solar on their homes, it becomes even more important that everyone who uses the grid shares in the cost of keeping it operating reliably for the future,” says Don Brandt, APS chairman and CEO.

Solar advocates consider the APS proposal — which amounts to a tax on solar — the most direct attack yet on net metering, a key policy behind solar’s expansion supported in 43 states. When more energy is created than a home or building needs, the meter turns backward, sending power back to the grid at a price to the utility.

This model is being challenged across the US by conservative groups like ALEC, which are trying to overturn Renewable Portfolio Standards, and by big utilities that it as a threat to their legacy business. Things have gotten so bad that top solar installers such as Solar City, Sungevity and Sunrun recently formed the Alliance for Solar Choice to protect net metering and other state policies supportive of solar.

In a conference call before the Arizona plan was submitted, APS executives estimated that the average net-metering return today is between $0.15-$0.16 per kilowatt-hour (kWh), saving the average residential customer about 70% off their bill, reports GreentechMedia. The first option proposed by APS would reduce the customer’s return to $0.06-$0.10 per kWh. The second would reduce a system owner’s savings by about 50%.

The fate of the proposal is anyone’s guess, but four members of the Arizona commission are closely allied with ALEC.

“Arizona has just begun to scratch the surface of its solar potential. It’s essential that we keep smart policies like net metering in place so that Arizona can continue to benefit from its abundant solar resources, potentially spurring thousands of distributed generation and large-scale solar energy projects in the years ahead.”

Arizona boasts the highest solar capacity per capita of any state, 167 watts per person, or about 1,097 megawatts (MW) of cumulative capacity. It is one of just 12 states that account for a whopping 85% of all US solar capacity.

The US just passed the threshold to 10 GW of solar, powering about 2.4 million homes. Much of the recent growth is related to residential installations and the success of solar leasing programs.