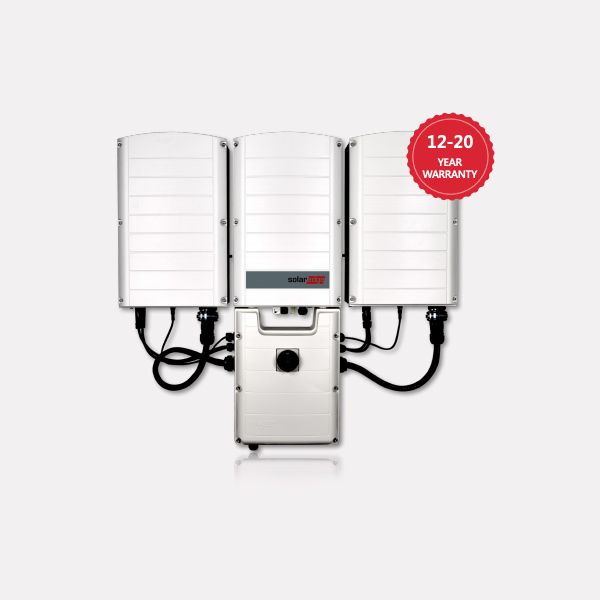 The inverter can be thought of as the “brain” of a solar PV system. This is because the inverter is the one that manages how it operates along with many other functions and protection features. In terms of a desktop computer, you may think of the inverter as the CPU or the central processing unit of the solar PV system. In this article, we will go through the basic functions of an inverter, and the different types of inverter used for solar PV applications. We will also go in detail about each of the inverter specifications and functions and compare how each type of inverter differs from each other based on these.

Basic Function of an Inverter

An inverter is a power electronic device that is not exclusively used for solar PV applications. Its most basic function is to convert DC (direct current) to AC (alternating current). The difference between the two and their specific applications are detailed below:

We use AC electricity in our homes because it has features that are useful in terms of electric transmission and distribution. One of these is the ability to increase or decrease its voltage to the required level. This is especially important in the transmission of electricity through huge distances because using a higher voltage level will result to lower energy losses. This fact, along with all conventional energy sources producing AC, is why our whole electric grid uses AC instead of DC.

However, with the advent of renewable energy technologies such as solar PV that produce DC, a device that can convert DC to AC is required to be able to integrate these energy sources into our electric grid. This is why these technologies require having inverters to be useful to us.

There are 3 types of inverters today that are used today: central, string and microinverters. All of these perform basically the same functions, the only difference being the scope of their applications.

this type of inverter is the largest in terms of capacity and is the one that is most commonly used for utility-scale systems such as solar farms. Their sizes can range from 100kW to a few megawatts. These inverters are usually designed to connect directly to the electric grid, which is why they usually come in a package that includes a power station. They also have the advantage of being cheaper in terms of per kilowatt cost and easier installation and management.

this type of inverter is the one that is usually used for residential and commercial systems, with sizes that range from 1kW to 100kW. They also come in 3 different types: on-grid, off-grid and hybrid, the use of each depending on the project’s specific requirements.

this type of inverters is the youngest among the 3, but is now slowly gaining popularity and market share. As their name suggests, microinverters are the smallest out of all the 3 types, which limits their application to residential solar PV systems. However, as microinverter technology improves over time, it is also slowly being used for commercial and even utility-scale applications. Their sizes usually range from 250W to 1kW, which accommodates 1-4 PV modules.

To be able to choose the best type, brand and model of inverters for your specific requirements, having a thorough understanding of the inverter’s specifications is a must. Here are the most important input parameters of inverters that differ for each type of inverter.

The MPPT capabilities of each type of inverters differ significantly:

The basic rule is that you can not put PV modules that are on different tilts and orientation on a single MPPT because this will significantly reduce the inverter’s MPPT capability. Since microinverters have one MPP input for each PV module, microinverters can be used for residential applications with multiple roof segments.

Solar Energy: The Energy of the Future

We all know now how our energy consumption is hurting the environment because of our continued burning of fossil fuels. What’s worse is that we don’t just have to believe what the climate scientists are saying because we can see and feel its effects every day.  The earth is getting warmer and warmer which causes us to experience more and more extreme weather calamities like typhoons/hurricanes, floods, heat waves, extreme colds and many more.

Fortunately for us, we already have the technology that we need to replace fossil fuels as our energy source. And with the continuously plummeting costs of PV modules and other solar PV components, this technology is now much cheaper than coal. Now, the takeover of solar PV on coal as our primary energy source is not anymore a matter of if, but when.

Together, and with the use of solar energy, let us help make the world a better place. Visit our website, www.andalsolar.com, to join the solar revolution and help the world transition to this cleaner and better energy source.

For aspiring solar PV engineers, you can also check out our Solar PV Engineering Ebook on Amazon on this link.