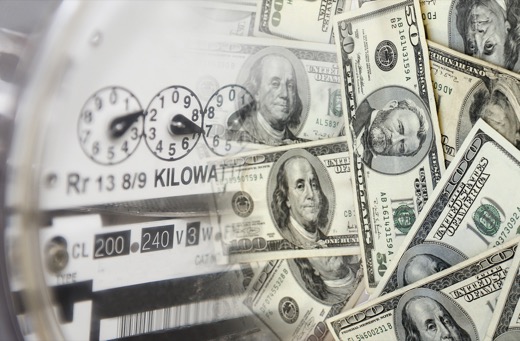 The Sacramento Municipal Utility District (SMUD), a utility that serves approximately 540,000 customers in and around Sacramento, California, has a summer peaking problem. SMUD’s peak load is around 3,000 MW, but 400 MW of that total is needed only about 40 hours a year (less than one half of one percent of the time), during summer afternoons. Those 40 hours drive significant costs for SMUD and in turn, its customers. e-Lab’s Rate Design for the Distribution Edge advocated more sophisticated rate structures along time, location, and attribute continuums. Some progressive utilities around the country have been exploring such rates. SMUD is one of them, conducting a two-year pilot experimenting with time-of-use (TOU) options to cut its peak load.

PUTTING A PRICE ON TIME

TOU rates pay heed to predictable, but significant, differences in the cost of producing and delivering electricity throughout the day, charging a higher price during peak hours (usually a handful occurring at the same time each weekday) and less at all other times. A critical-peak pricing (CPP) rate is used during the most expensive hours per year—in essence the highest-peak hours on the highest-peak days. SMUD operated a two-year SmartPricing Options (SPO) pilot program in which it tested three time-of-use options. In one scenario it charged an on-peak rate from 4:00 to 7:00 p.m. on weekdays; in another scenario it charged a critical peak rate from 4:00 to 7:00 p.m. on up to 12 days per summer; and in the third scenario it charged both an on-peak rate and critical peak rate. One set of customers were defaulted into these pilot scenarios; other customers voluntarily opted in.

SMUD discovered that time-of-use pricing works. Customers turned off appliances and lights and were less likely to crank up their air conditioners during peak pricing times. SPO’s TOU rates reduced demand by nearly 12 percent during the peak period. Consistent with the larger price differential, CPP was able to shave around 25 percent of load during peak hours on peak days.

So how were customers affected? There is no evidence that comfort was sacrificed; indeed, SPO participants did not differ from regular SMUD customers in how frequently they reported feeling too warm in their homes because of a reluctance to pay to run their air conditioners

In contrast, SPO customers did differ markedly from standard customers when it came to believing that their pricing plans enabled them to save money.

Approximately one-third of the study participants qualified for SMUD’s low-income tariff, the Energy Assistance Program Rate. These participants received discounted SPO rates as well, and results were similar, proving that low-income customers can also benefit from time-of-use rate designs. “We’re seeing that well-constructed rate designs can and do work for a broad array of customers, including low-income customers,” according to Owen Smith, a principal in RMI’s electricity practice.

VOLUNTEERS WELCOME, BUT NOT ESSENTIAL

SPO employed both opt-in and opt-out recruitment approaches. Opt-in customers had to take action to be part of the program. In contrast, those selected for the opt-out treatment were defaulted by SMUD onto the SPO rates without a prior customer request; opt-out “recruits” stayed on SPO rates unless they demanded a return to standard pricing.

SMUD devoted considerable resources to its marketing for opt-in customers, utilizing various channels, including direct mail, mass media, door hangers, and outbound calling. And the results were impressive, with enrollment rates between 16 and 19 percent. But compare those recruitment outcomes with the acceptance levels for the defaulted, where such a small percentage of people opted out that enrollment rates were between 93 and 98 percent. For anyone inclined to assume that customers will balk en masse if defaulted away from traditional flat volumetric rates onto innovative pricing structures, SPO should be an eye opener.

Some customers received an in-home display so they could in theory know how much energy they were consuming at what time and at what price.  But forget paying attention to that info. Most customers never even bothered connecting the in-home displays. And yet TOU pricing still made a difference. It seems that simple customer knowledge of TOU pricing with big enough price differences was sufficient to change behavior.

Of all the plans in the pilot project, the people who opted in to the critical-peak pricing plan showed the largest load impacts, cutting the peak load during CPP events by 25 percent. Yet although the customers who opted in to the programs had twice as much impact as the default customers, that effect was outweighed by the customer “acceptance” rates. This is because the defaulted customers accepted time-sensitive pricing in overwhelming numbers. In other words, opt-in customers on the critical-peak plan had a bigger load difference, but there were fewer of them. Conversely, defaulted customers had smaller load differences, but there far more of them, so their aggregate impact was bigger.

Per customer, the defaulted demonstrated smaller load impacts than those who actively sought inclusion in the pilot, but as it turned out there was value inherent in the low-intensity nature of their engagement: lower recruitment costs, greater penetration rates, and lower dropout rates combined to outweigh reduced individual impacts. By SMUD’s estimate, deploying the CPP plan on an opt-out basis to 100,000 customers would yield 34.5 MW of load reduction, three times more than offering the same plan to customers who have to opt in.

Time-varying pricing is just one of the methods that utilities (and their consumers) can use to free up value in a more flexible and data-rich electricity generating and delivery system. RMI’s Smith explains, “This program is part of a growing body of evidence that reveals the benefits and customer acceptance of more sophisticated electricity pricing structures. Well-constructed pricing structures can align the interests of utilities with those of customers and innovative distributed energy resource providers. We are encouraged by these findings and are eager to see more utilities moving aggressively in this direction.”

With SPO, SMUD has shown the potential to achieve major system benefits without sacrificing customer satisfaction. By smashing the taboo against the use of opt-out recruitment, SMUD has also demonstrated a low-touch path forward to mass participation. The challenge now is to encourage other utilities to follow this impressive lead.