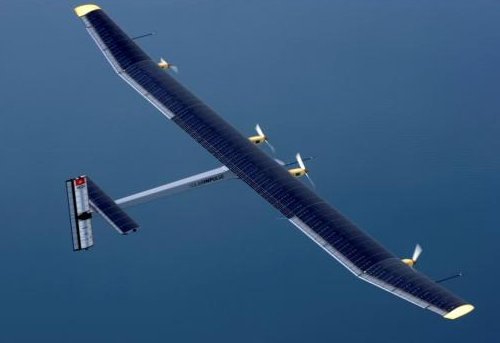 The wide variety of solar technologies being developed by scientists and engineers is permitting the almost endless array of commercial applications that can be powered by the sun. Since solar technologies differ in terms of their energy conversion efficiency, cost effectiveness, weight, flexibility, durability under extreme weather conditions and unique balance of system requirements, the possibilities for developing marketable technologies using solar panels seems impossibly diverse. Three fascinating and unusual areas being explored by visionaries passionate about solar are aircrafts, wearable technologies, and public waste bins.

One of the most amazing technologies being built with solar panels is the zero-emission airplane. Believed to be years away in development, this technology is already in its infancy. Solar Impulse has developed an airplane that is entirely powered by solar energy. It has made successful flights all over the world and is scheduled to fly around the world (day and night) in 2015 as the first solar-powered airplane to achieve this monumental feat.

Solar Flight is another company which invented a solar-powered aircraft. Their most recent invention, the Sunseeker Duo, is the most powerful solar-powered airplane in the world and even features a passenger seat.

A project led by universities and technical schools in France, the world’s first solar-powered airship was developed and flown across the English Channel in the summer of 2009.  The Nephelios aircraft can travel at up to 40 km/hour and carry one driver. This carbon-neutral aircraft is filled with helium gas and has a nylon and aluminium frame, keeping it incredibly light. Its surface is covered with solar panels which provide as much as 2.4 kilowatts of power to turn its two propellers.

One of the fields that is blooming with endless possibilities to be powered by solar energy is wearable technologies and devices.  Established businesses and start-ups alike are developing new products featuring embedded solar panels, which will enable devices such as smart phones, tablets, music and GPS devices to be charged on the go. One such example is the Carbon, created by Energy Bionics, shown here. This watch’s background is actually a solar panel that charges a battery during the day and can give a phone up to three hours of battery life. While the Carbon hasn’t hit the marketplace yet, many other wearable solar technologies have. More common examples include backpacks, clothing and even umbrellas which feature flexible solar panels, as well as sunglasses and tablet cases which have more rigid panels installed in them.

This garbage and recycling bin, created by Big Belly Solar, uses solar panels to power its internal mechanism which compresses its contents when the bin becomes full, making more room for more trash. These waste compactors allow garbage to be collected 70%-80% less frequently, reducing the greenhouse gas emissions associated with waste collection. These solar waste compactors have already been installed in cities like New York and Philadelphia and are starting to appear on campuses, parks, hospitals, airports and shopping centers across the United States.

The moral? Solar energy is providing solutions beyond clean, grid-based energy. There are a plethora of ways that solar technologies can improve our lives and the three highlighted in this article are just the tip of the iceberg. Are there any other solar technologies that inspire you?